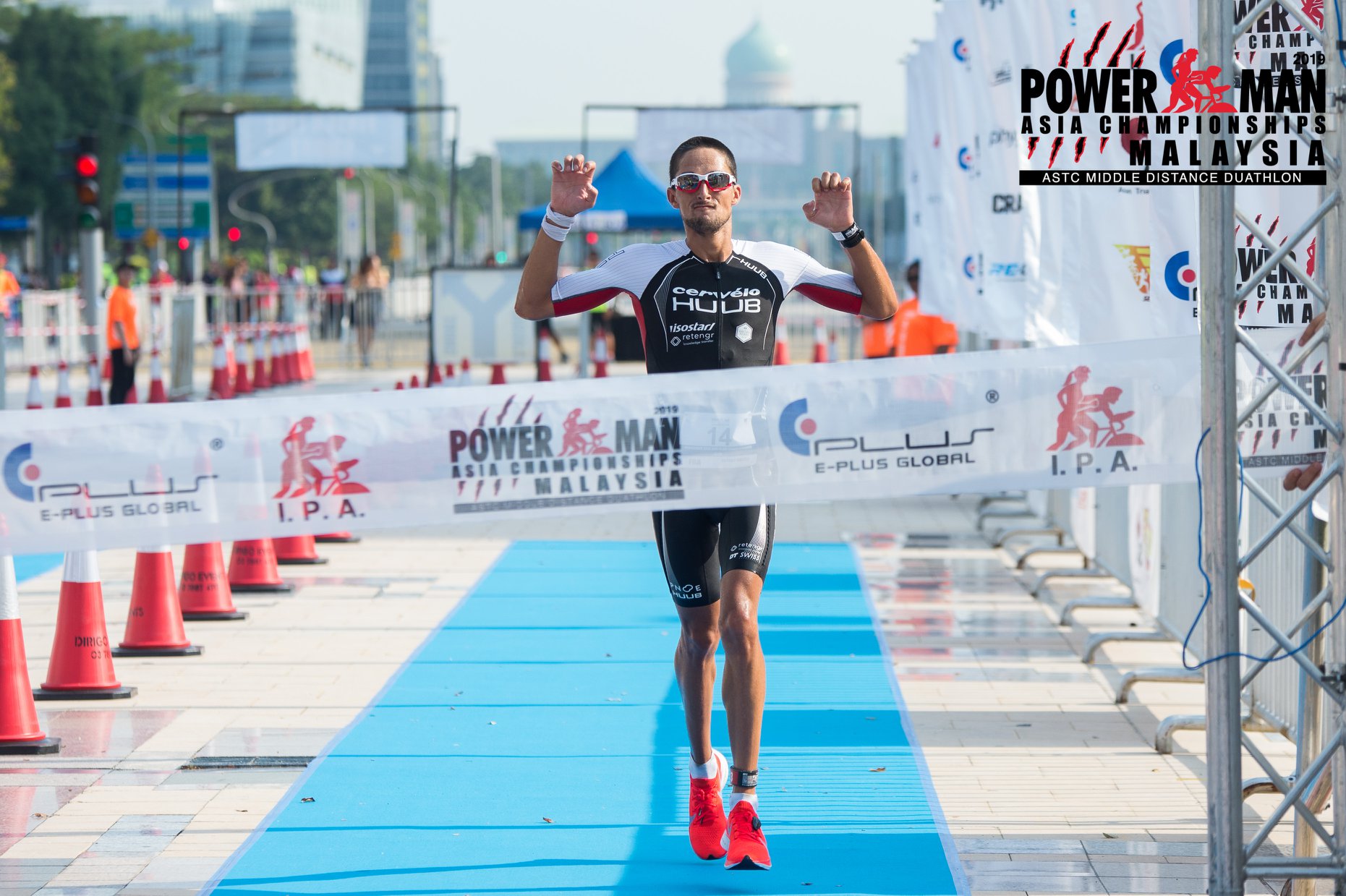 The 2019 edition of the world’s largest Duathlon Competition, the Powerman Asia Championships – Malaysia got underway for the main Elite, Classic and Short categories on Sunday morning.

Held under the scorching tropical conditions, it was the Frenchman Antony Costes that stole the limelight when he stormed to victory in the Elite Men’s category. Completing the first 10KM run, 60KM cycling leg and the final 10KM run leg in a time of 2hrs 41minutes and 23seconds (2:41.23s), the win is the 29-year old Frenchman’s first win on his first appearance at the Powerman Asia Championships – Malaysia. 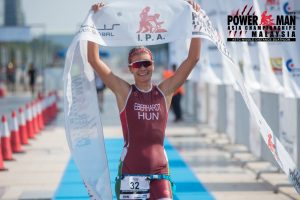 Speaking after his win, Costes notes, “It has been a tough race because of the heat, even though I am based in Thailand, which is a little bit warmer, but still when you are pushing yourself to the limit, it is very hard! We were a small group after the first run, cruising but then the second run it was way harder. We started the race early in the morning when it was still dark and the air temperature was only about 26ºC and we were fresh, so we ran as a group and nobody wanted to take any risks before the first transition. Compared to other duathletes, I knew my strength is on the bikes, so I did what I know how best to do and pushed my race at this stage. I took a good advantage to open up nearly two minutes on my bike. I was expecting to cruise in the final run but Thomas (Bruins) pushed me and I still had to push hard in the final run and I was very happy when I saw after eight kilometers that I still had a good gap so I could enjoy myself a bit towards the end. I want to thank the organisers, as this has been one of the safest races I have ever seen, the roads are very wide and very clean, so it is almost zero risks for all of us.”

Flagged off at 6.50a.m (GMT+8) ahead of the rest of the field, the early pace was set by Costes leading the Elite Men’s pack in the first 10KM run route, taking full advantage of the cooler morning conditions. The strategy paid off when Costes managed to build on his advantage over the field in the cycling stage, capitalising on his preferred leg of the race before transitioning to the final 10-KM running leg with a commanding lead over the 2018 winner, Thomas Bruins of the Netherlands, who eventually placed second completing the challenging race with a time of 2:42.04s. Behind the leading duo, John Chicano of the Philippines also produced a measured and strategic race that saw him finish overall third with a time of 2:43.25s.

The Filipino’s result also saw him take top spot in the ASTC (Asian Triathlon Confederation) class. Elated with his result, Chicano commented, “It feels good that I managed to finish well and I am very happy with my performance. The first run early in the morning was not that bad as the sun was not out yet. When we got on our bicycles, it started to get quite hard and hotter and when we entered into the final stages with the last run, it became more challenging as it was very hot and humid. But overall, it was a very nice event and a good race in Malaysia and a great build up for the SEA Games in the Philippines.”

In the Elite Women’s category, it was a three-peat for Hungary’s Annamária Eberhardt-Halasz who came out in dominant form to claim the crown for a third time. The Hungarian ace finished the same 10KM – 60KM – 10KM grueling course in three hours (3:00.02). Claiming another strong finish and emerging top amongst the ASTC Women’s was the Philippines’ Monica Torres coming in just over two minutes behind Eberhardt-Halasz.

Commenting on her third win in a row, Eberhardt-Halász commented, “I am tired but am really happy about this one and defend my title here today! Actually, the strategy was only to keep going, keep the speed high and consistent. I even managed to increase my pace and speed on the final five-kilometer loop on the final run stage and pull away a bit from Monica (Torres). For sure the competition is getting stronger year on year, so I am really glad that I managed to pull away and claim a win here today!”

“What another amazing edition of the Powerman Asia Championships – Malaysia here in Putrajaya today. Starting off with the Powerkids yesterday, there was plenty of action in the Elite, Classic and Short categories today. Congratulations to Antony Costes of France for winning his very first Powerman Asia Championship – Malaysia title here today and to Annamária Eberhardt-Halasz for her third consecutive win here in Putrajaya, especially up against a more competitive field this year. Congratulations to all the participants across all the different categories and age group. The support we received for this year’s event has been truly overwhelming. For us, everyone is a winner! Our sincere thanks also to the Malaysian Ministry of Youth and Sports and all our sponsors and partners, particularly 100Plus, Shimano, Ultron and 2Escape for their incredible support and encouragement.” commented Andrew Ching, Chief Executive Officer of E-Plus Global Sdn Bhd, the promoters and organisers of the Powerman Asia Championships – Malaysia.

The full results is available at the Powerman Asia Championships – Malaysia’s website – http://www.powermanmalaysia.com/ and https://www.facebook.com/PowermanMalaysia/

The 2019 Powerman Asia Championships – Malaysia is promoted and organised by E-Plus Global Sdn Bhd and is sanctioned by International Powerman Association (IPA), the Asian Triathlon Confederation (ASTC) and the Selangor Triathlon Association (STA).