Top Triathletes to compete in 2016 Ironman 70.3 World Championship to be held in Australia 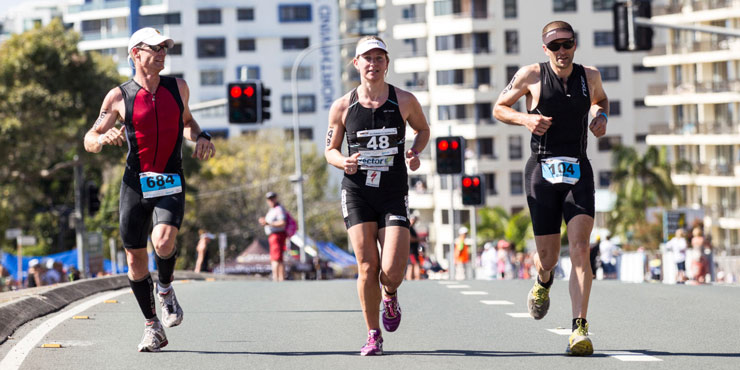 TAMPA, Fla. (August 25, 2016) — Approximately 3,000 of the world’s top athletes will head Down Under on September 4 to Mooloolaba on the Sunshine Coast of Queensland, Australia to compete in the 2016 IRONMAN® 70.3®World Championship – marking the largest championship field and the first time that a Australian destination will host the globally recognized event. IRONMAN, a Wanda Sports Holding company, has produced this world class event since 2006, with global rotation beginning in 2014.

With athletes hailing from more than 80 countries from regions around the world, Asia-Pacific leads the way with 35 percent of the athletes registered to race in the IRONMAN 70.3 World Championship. North America and Europe each account for 26 percent, while South America represents eight percent of the field.

Australia is the most represented nation with 838 registered competitors, followed by the United States (647), Great Britain (165) and Germany (163). Other athletes from countries as far as Seychelles, Morocco Cote d’Ivoire and Spain are traveling around the globe for their shot at the title.

“The Sunshine Coast and Queensland region is regarded as one of the world’s leading triathlon centers, so it is fitting that this picturesque setting will play host to the first IRONMAN 70.3 World Championship in Australia,” said Andrew Messick, Chief Executive Officer for IRONMAN. “With over 3,000 registered competitors, this will mark the largest field in the history of the IRONMAN 70.3 World Championship, all of whom will be welcomed by the stunning coastline landscape and sincere hospitality from the local population.”

Perfectly located in the heart of Queensland’s Sunshine Coast, Mooloolaba Beach offers the perfect year-round climate and is an ideal location for a sporting event. The 2016 field of athletes will tackle a 1.2-mile (1.9 km) ocean swim off of Mooloolaba Beach, followed by a 56-mile (90 km) bicycle ride through the Sunshine Motorway and into the hinterland, capped with a 13.1-mile (21 km) run on the Mooloolaba Esplanade along striking shores and a spectator-lined course that finishes in the heart of Mooloolaba – all of which must be completed before an eight and a half hour cutoff time.

In order to qualify for the 2016 IRONMAN 70.3 World Championship, more than 130,000 age-group athletes competed to earn slots at over 85 IRONMAN 70.3 events held worldwide.