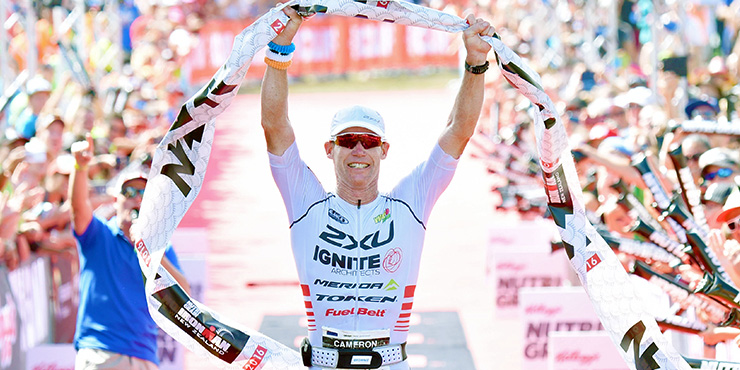 IRONMAN legend Cameron Brown who won MetaMan Bintan in 2014 is returning to Bintan and looking to repeat that feat on August 28 when the tropical Indonesian Island of Bintan welcomes the second edition of IRONMAN 70.3. With multiple IRONMAN champion Kate Bevilaqua heading the women’s professional field, the event has again a stellar cast.

Joining the pros on the start line at the Lagoi Bay beachfront will be 1000 recreational athletes chasing the 30 qualifying spots available for the World 70.3 Championships in the United States in September 2017. Being one of the first qualifying races of the 70.3 circuit the Bintan race provides one of the first opportunities to clinch a golden ticket. New Zealander Brown, who has an impressive palmares of 5 podium finishes at the World Championships in Kona and a record of 12 wins at IRONMAN New Zealand, will face stiff competition for the US$5,000 first prize and 750 pro qualifying points for the 2017 worlds. Heading that list of contenders are Australians David Dellow and Clayton Fettell, Swedens’ Fredrik Croneborg and Brown’s fellow countryman Guy Crawford, all having several wins behind their names.

In the women’s race it will likely be an Australian affair with race favourite Bevilaqua expected to see the biggest challenge coming from fellow Australians Alise Selsmark and Amanda Wilson. All first timers to racing in Bintan, the champion will be the one who deals best with the hot and humid conditions expected on race day.

The race weekend is centered around the IRONMAN Village in the beautiful Plaza Lagoi resort area of Bintan, just a short coach trip from the island’s main ferry terminal. Bintan sits on Singapore’s doorstep, with most of the athletes transiting to the race via a 50-minute cruise from the city-state.

The 1000 athletes flocking to the island for the weekend will be treated in style by race organizer MetaSport and new title sponsor Wonderful Indonesia. In line with the well-known Indonesian hospitality, they will receive a bag full of sport gear and other goodies supported by the event sponsors, including the new presenting sponsor, Indofood, giving a taste of its premium products.

Coach-led recces of the swim, bike and run, courses are available on August 26, while the Race Expo opens at 10am on August 27. A race briefing video will play every 30 minutes and a pro autograph session will give the amateur athletes and the many local spectators an opportunity to mingle with the pros.

Another highlight of the sporting weekend will be the Ironkids race on Saturday 27 August where 200 kids will run 1.5km rewarded with a shiny medal at the finish line. The traditional carbo-loading dinner provides another chance to learn from the professionals with the IRONMAN Talk Show serving up an entertaining supplement to the important race-eve meal.

The action splashes off at 6am the next morning when the Cam Brown and the rest of the pro field dive into the crystal clear and warm waters of the South China Sea, with the winner expected to cross the finish line some four hours later.

Award ceremonies and the world champs qualifiers roll-down follow in the afternoon as the last finisher is expected to cross the finish line in about 8 hours 30 minutes.

Winner of the Free Entry to XTerra Samui Island Announced

Top Triathletes to compete in 2016 Ironman 70.3 World Championship to be held in Australia