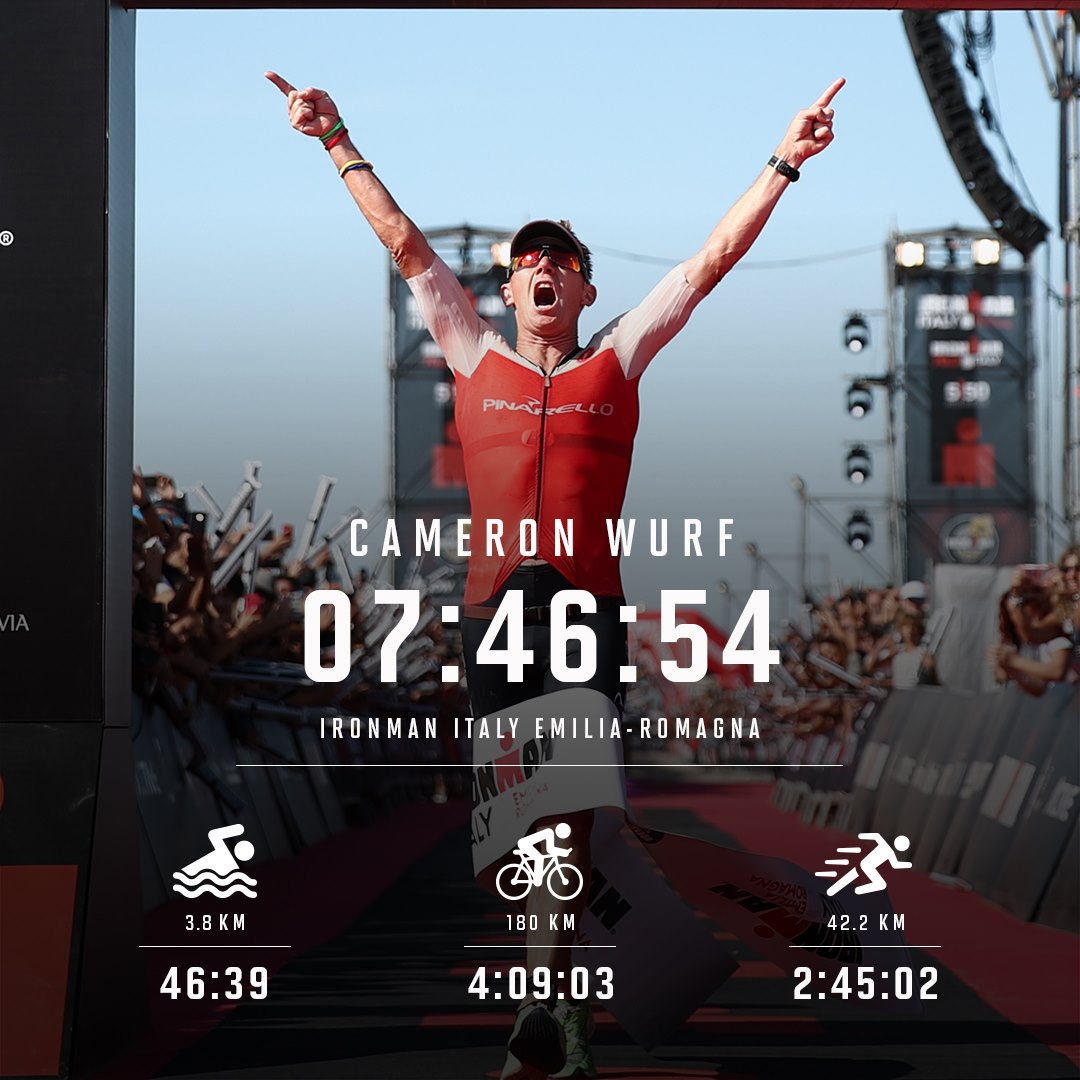 Cameron Wurf (AUS) started his day with a solid swim performance for the former pro cyclist. The Aussie took over the lead early into the bike and dusted the competition after recording a stunning bike course record of 4:09:0. Wurf proved he isn’t a one-trick-pony as he backed up his torrent pace on the bike with an impressive 2:45:02  marathon to celebrate a his third IRONMAN title win just three weeks out from his start at the Vega IRONMAN World Championship.

Carolin Lehrieder (DEU) finished on the the top step of an all-German podium thanks to offensive race tactics. Lehrieder stormed to the front race on the bike and built upon her lead throughout the first half of the run. With a comfortable lead in hand in the second half of the run, the German was able to successfully work through some cramping to to take her first ever IRONMAN career win.

Yvan Jarrige (FRA) got out of the water with the leaders and came off the bike in second, 1:16 down to Paulo Da Silva (BRA). The Frenchman looked the fresher of the two front runners heading out on the run and would eventually lock down the lead by 10 kms and go on to capture the title with a 3:56:35 time.

It was a wire-to-wire win for defending champion Pamella Oliveira (BRA), where a three-minute lead out of the swim turned into an 11-minute lead off the bike. The Brazilian was never under and real threat for the entire run and paced herself to the finish line in 4:28:04. (Photo: @RodPix/Tri Sport Magazine)

George Goodwin (GBR) put in a solid swim then teamed up with Marcus Herbst to distance themselves from the field on the bike. The 23-year-old ditched his long-time riding partner on the bike and went onto notching his second IRONMAN 70.3 win in his career in a winning time of 3:44:02, making it a 1-2-3 for Great Britain on the men’s podium

India Lee (GBR) lead the field off the bike and then paced herself to the victory by over a two-minute winning margin. Lee capped off an all British podium in the women’s field in the successful defense of her 2018 IRONMAN 70.3 Weymouth title.