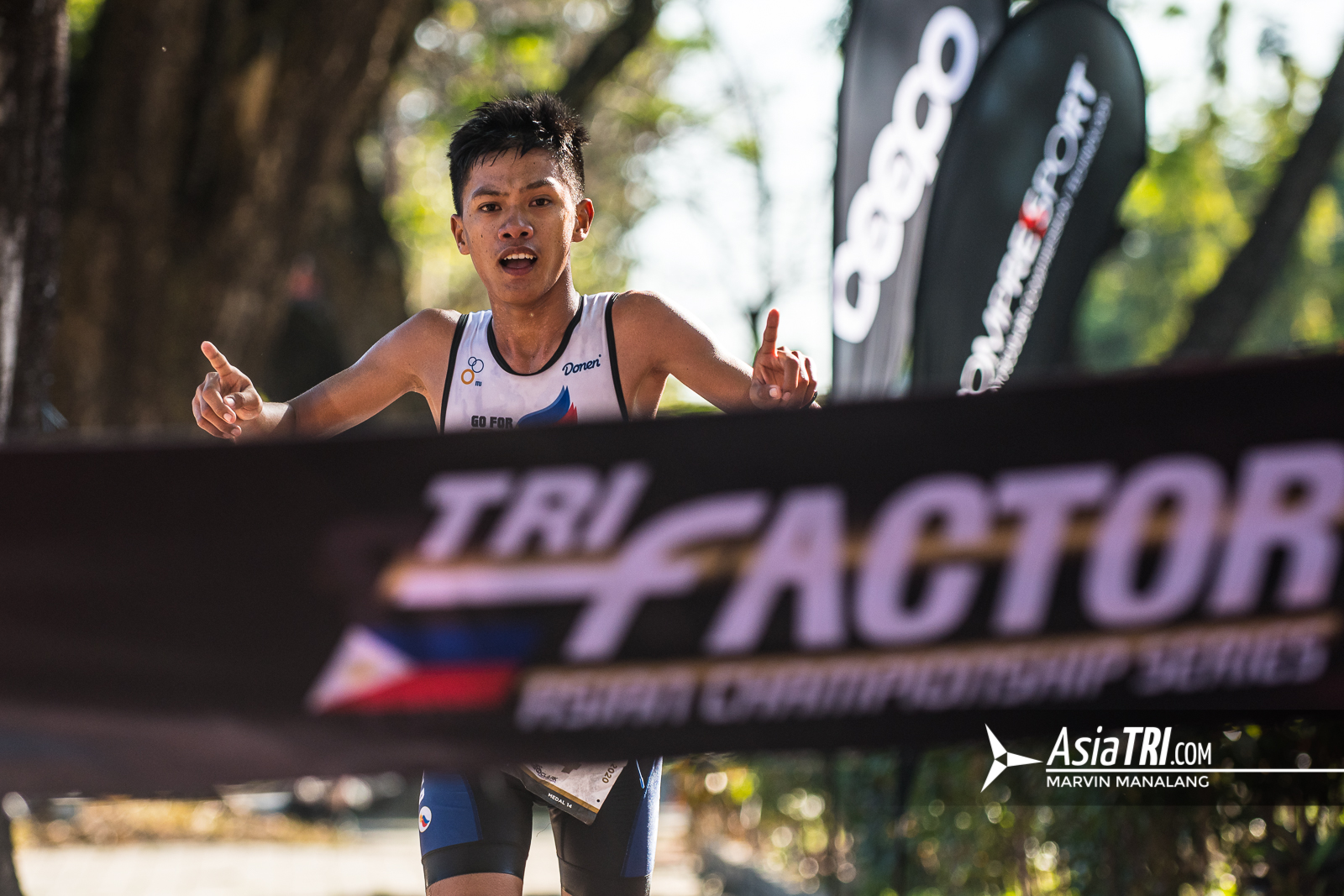 Clark Freeport, Philippines (March 1, 2020)—The dazzling Filinvest-Mimosa+ Leisure City provided a refreshing backdrop for athletes today at year two of the TriFactor Philippines Run-Bike Run.  Jerrick Motea of Go for Gold Team Philippines took the overall win with a finish time of 1 hr 58 minutes and 59 seconds, while Rue Panibon, also of Go for Gold Team grabbed the women’s overall title with a time of 2:28:31.

Motea and Panibon each grabbed qualifier slots at the TriFactor World Championships happening on September 20, 2020 and were also awarded an all-expense paid trip and accommodation to represent the Philippines.

Go for Gold completed a clean sweep of the overall men’s podium as Maynard Pecson came in second at 1:59:20 and Alwyn Pilla finishing third with a time of 2:00:28.

“Medyo challenging nung binaligtad yung run, pero buti naman at naka ungos sa last 10k run” (It was challenging when they inversed the format, but I am happy to pull away in the finishing 10k run), said Motea who belongs in the 18-24 age group.

“We did away with the traditional standard distance duathlon format of 10k run-40km bike and 5k run, and we switched the runs.  With the second run the longer one, it puts a premium on race tactics!’’ said race director Abe Tayag.

This is the first race of the TriFactor Asian Championship series and will culminate in September with the TriFactor World Championships at Qhuzhou, China.   The event was co-organized with GoClark Sports and Events and supported by Filinvest Mimosa +, Clark Tourism, Clark Development Corporation, Ceepo, DT Swiss, Compressport, Cycles and Brew, and VelogicFit.