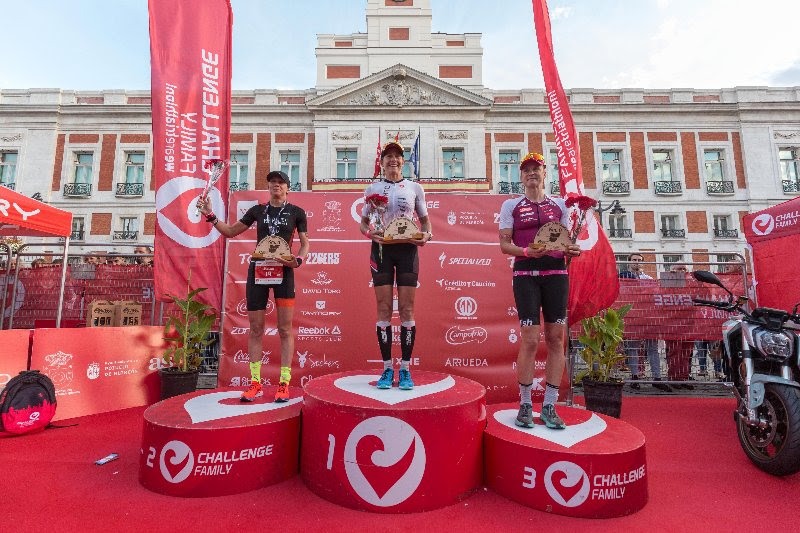 The long distance race kicked off on Sunday, September 22 at 08:15 in the Pantano de San Juan (Pelayos de la Presa). Having completed a 3.8km swim, athletes left the transition zone to start a 180km bike course with 2,600m of positive climbing, and concluded the race with a marathon run (42,195km). A total of 226km.

Later in the day, the middle distance race started at 13:15 in the Pantano de San Juan. The course was very similar to the long distance, but with half the kilometers. The triathletes completed a 1.9km swim, a 90km bike course followed by a 21km run. The bike course took athletes through more than 20 municipalities in the Sierra Oeste of Madrid and culminated in the Casa de Campo in Madrid. After transition, athletes began the final run through the most emblematic places of Madrid, which included Calle Mayor, Palacio Real, Plaza de España, and Meta in the emblematic Km 0 of the Puerta del Sol. Due to rain during the morning and for reasons of visibility and nautical safety, the start of CHALLENGEMADRID 2019 was delayed by 30 minutes.

Unfortunately, both the champion and runner-up of last year’s CHALLENGEMADRID, TImothy Van Houtem and Pablo Dapena, didn’t reach the Puerta del Sol. The Spaniard had a flat tire just a few kilometers from T1. The Belgian suffered two falls on the bike course and after the second fall, he was sadly forced to quit the race and was transferred to a hospital in Madrid. He is currently well, but still under observation and waiting to be discharged.

This year’s edition of CHALLENGEMADRID not only distributed 40.000€ in prize money, but was also a qualifying event for next year’s THECHAMPIONSHIP to be held in Samorin, Slovakia, in May 2020.

CHALLENGEMADRID 2019 was only possible thanks to the fantastic work of more than 700 volunteers and the essential help of the Guardia Civil, Policia Local and the facilities of the Comunidad de Madrid.