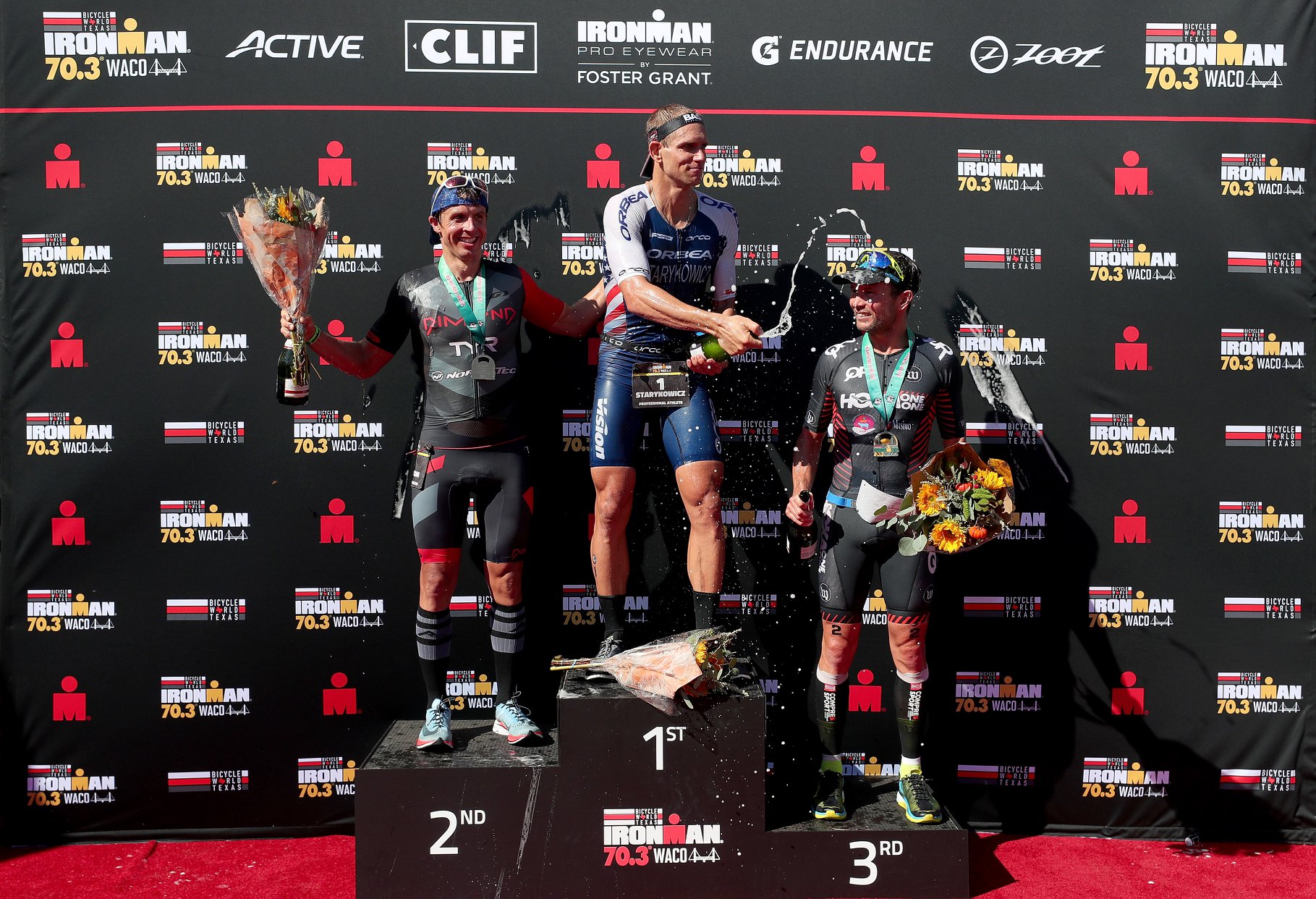 It was a time trial stat format at the 2018 Bicycle World Texas IRONMAN 70.3 Waco due to flooding of the race venue. In the women’s race, Haley Chura rode patient and smart to unleash a race-best half marathon time that left previous leaders on the day, Lauren Brandon and Alicia Kaye, in the rear view by race’s end. A tough run course with decent heat had slower run times than average. Kaye held on for second place while Chelsea Sodaro used a great run leg to blaze through the field moving from 14th to 3rd by the finish line.

For the men it was uber cyclist Andrew Starykowicz that went to the front early on the bike and never looked back. He rode another ridiculously fast sub-2 hour bike split, clocking a 1:58:11 and giving him a 3-minute lead on another cycling powerhouse, TJ Tollakson. Tollakson tried to pull back the deficit but just simply ran out of real estate by the half marathon’s end. Eleven seconds was all that separated the two athletes after a full-on battle to the finish. Joe Gambles had the fastest run of the day and closed in hard the last several miles but fell 48 seconds short of the win but found himself solidly on the podium behind Tollakson.

See also:  GTN: How To Run Like A Pro | Running Tips For Triathletes