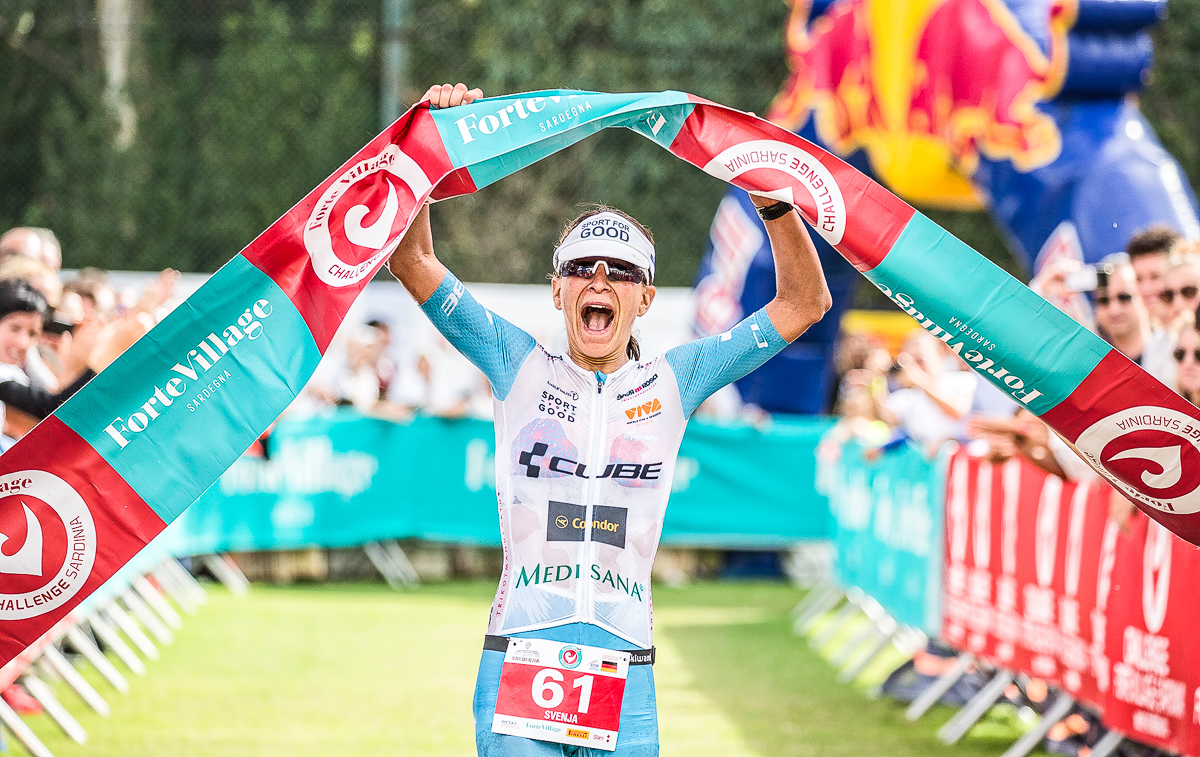 The sixth edition of Forte Village Challenge Sardinia has just ended at Santa Margherita di Pula. The international triathlon event, which took place at the Forte Village on Saturday and Sunday, involved over 1,400 participants, divided into Sprint, Duathlon Kids, Half Distance, individual and relay race and the Challenge Women race.

An incredible sixth edition thanks to the ever-growing number of participating athletes, coming from over 30 countries not only from Germany, France, England, Belgium, Russia but also Israel, Japan, Brazil, Denmark, Australia whose presence confirms that the Forte Village Challenge Sardinia has now become an unmissable end-of-season race appointment.

The organization of the Challenge Sardinia had to face, in the early hours of the day, a challenge to the challenge. To ensure the maximum safety of all athletes the event management was forced to cancel, with regret, the swimming section of the triathlon due to adverse sea conditions and implement a plan B.

The pro-athletes, in fact, ran 5 km and then continued with the bike segment as scheduled. The age group athletes and the relay teams, however, started the race directly with the bike section, according to the rolling start procedure, two athletes every 10 seconds. Although the adverse sea conditions remained unchanged, the climate of the day improved mid-morning, giving warmth and sun with almost summer temperatures.

On the men’s side, the first to finish the initial section of the race and enter the exchange area is the Belgian Pieter Heemeryck followed by the German Frederic Funk and the Danish Daniel Baekkegard, who started the bike section solo. Just 20” behind, the group that followed was composed of the American Matt Chrabot, the Belgian Alexis Krug and the Italian Massimo Cigana. Matt Chabrot, who was recovering on the head group, lost ground due to a slip on the wet surface where it had rained earlier but at the turning point he managed to get back to catch the first three. The Danish Daniel Baekkegard, however, lost his position due to a technical problem. The pursuit group, headed by Massimo Cigana, remained a few minutes behind the leader. The situation remained unchanged until entering the exchange area and for the entire duration of the run course. The undisputed Pieter Heemeryc won with a total time of 03:47:44 and with the best time on the half marathon of 1:14:12, followed by the American Matt Chrabot to more than 4 ‘with a total time of 03: 51:59 and the very young German athlete, born in 1997, Funk Frederic. Among the Italians, the first to cross the finish line was Massimo Cigana, who also participated the day before in the Sprint race, with a total time of 04:01:08, positioning himself 7th overall.

On the women’s front, the Belgian Katrien Verstuyft, the Italian Elisabetta Curridori, the British Laura Sidall, the German Lena Berlinger and Chantal Cummings arrived first in the exchange area, followed by Claire Hann and Svenja Thoes. On the bike course, the head group formed by Thoes, Verstuyft, Berlinger, Curridori and Sidall is followed by Jeanne Collonge, Claire Hann and Chantal Cummings. Once in T2, the Swiss, Svenja Thoes, born in 1991, took the lead, winning the highest step on the podium of the sixth edition of the Challenge Sardinia with a total time of 04:17:44 and the best time for the run section of 01:24:06. The Belgian Katrien Verstuyft (04:18:50) was just over a minute away and the German girl Lena Berlinger completed the women’s podium (04:20:32). Fourth overall the Sardinian athlete Elisabetta Curridoriof Tri Nuoro who completeed the race in 04:23:39.

As for the paratriathlon, Alex Zanardi shows his immense strength for the second time at the Challenge Sardinia with a total winning time of 4:02:12. The Sardinian Giovanni Achenza followed in 04:27:45 to end his debut in the half distance and also Fabrizio Caselli in 05:43:03.

The sixth edition of the Challenge Sardinia also proclaimed both the men’s and women’s champions of the Sardinian Region, Giuseppe Solla of the TP Academy Team that closes with a total time of 04:05:56, arriving 14th overall, and Elisabetta Orrù del Trisinnai (04:42: 50).

How Much Power Is Your Bike Costing You? | Ask GCN Anything