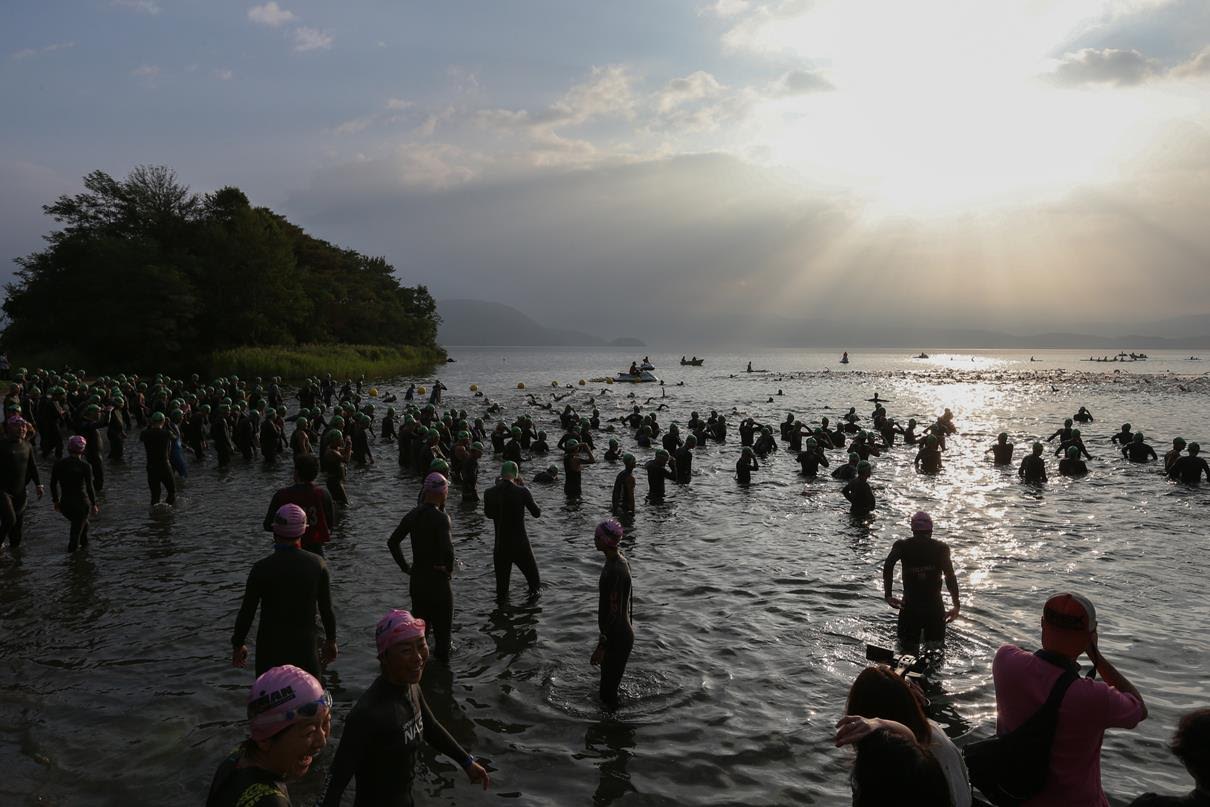 With none of the podium placegetters from last year returning, the men’s field for this weekend’s au Insurance IRONMAN Japan is wide open.

However that is not the case for the women where Taiwan star Shiao Yu Li is chasing her third victory in a row in Japan.

American Patrick Evoe heads from his home in Texas to the Asian climes as the number one seed for Sunday’s race.

A new men’s champion will not be the only difference to the 2014 staging of the event, the field will tackle a new course on the bike this year. A bridge spanning the middle of the course last year collapsed during the winter, with riders now tacking on two big climbs on the revamped course.

After exiting the stunning surrounds of Lake Toya, the early going on the bike to Kutchan is mostly flat before the first climb of Mt Niseko-Annupuri, which is followed with a climb up Mt Konbu.

Once the bike is out of the way the run remains largely flat, taking place with the stunning backdrop of Lake Toya.

Evoe is no stranger to Asia, having finished third at IRONMAN 70.3 Taiwan this year. He is a seven time podium finisher in IRONMAN with success in Kentucky in 2012 where he also podiumed in 2013 and 2014.

Seychelles’ sole professional triathlete, Nick Baldwin is the second seed and hopes to build on a solid year that has seen him notch up a sixth place in Taiwan and fifth at Toyota IRONMAN Australia.

Kiwi Simon Cochrane was sixth at Cairns Airport IRONMAN Cairns and seventh at Kellogg’s Nutrigrain IRONMAN New Zealand this year, which has helped him earn the No 4 bib ahead of American Colin O’Brady, who makes his IRONMAN debut after racing on the ITU circuit.

The highest ranked local is Shinozaki Yu who makes a return to the sport after some time out while Daiki Masuda is not without hope after finishing 13th in New Zealand last year.

Watch out for No 13 Swen Sundberg from Germany, who may prove far from unlucky after a recent win in Bangkok and he was eighth at IRONMAN Canada this year.

Li is one of the most successful female triathletes in Asia and is chasing her third straight women’s title in Japan after impressive victories in 2013 and 2014. The former age group world champion won

IRONMAN Japan 70.3 last month and was fourth at IRONMAN races in Lanzarote – which features a tough bike course like Hokkaido – and Taiwan this year.

American Bree Wee may be the biggest danger to a Japanese topped podium. She was 10th at IRONMAN Asia Pacific Championship in Melbourne this year and last year took out IRONMAN Canada along with fourth placings in Texas and New Zealand and sixth in Western Australia.

Watch too for Kiwi mother Kathryn Haesner, who is based in Singapore, and turned pro this year at age 38 to finish on the podium at Taiwan.

Top half distance athletes at the Ironman 70.3 World Championship