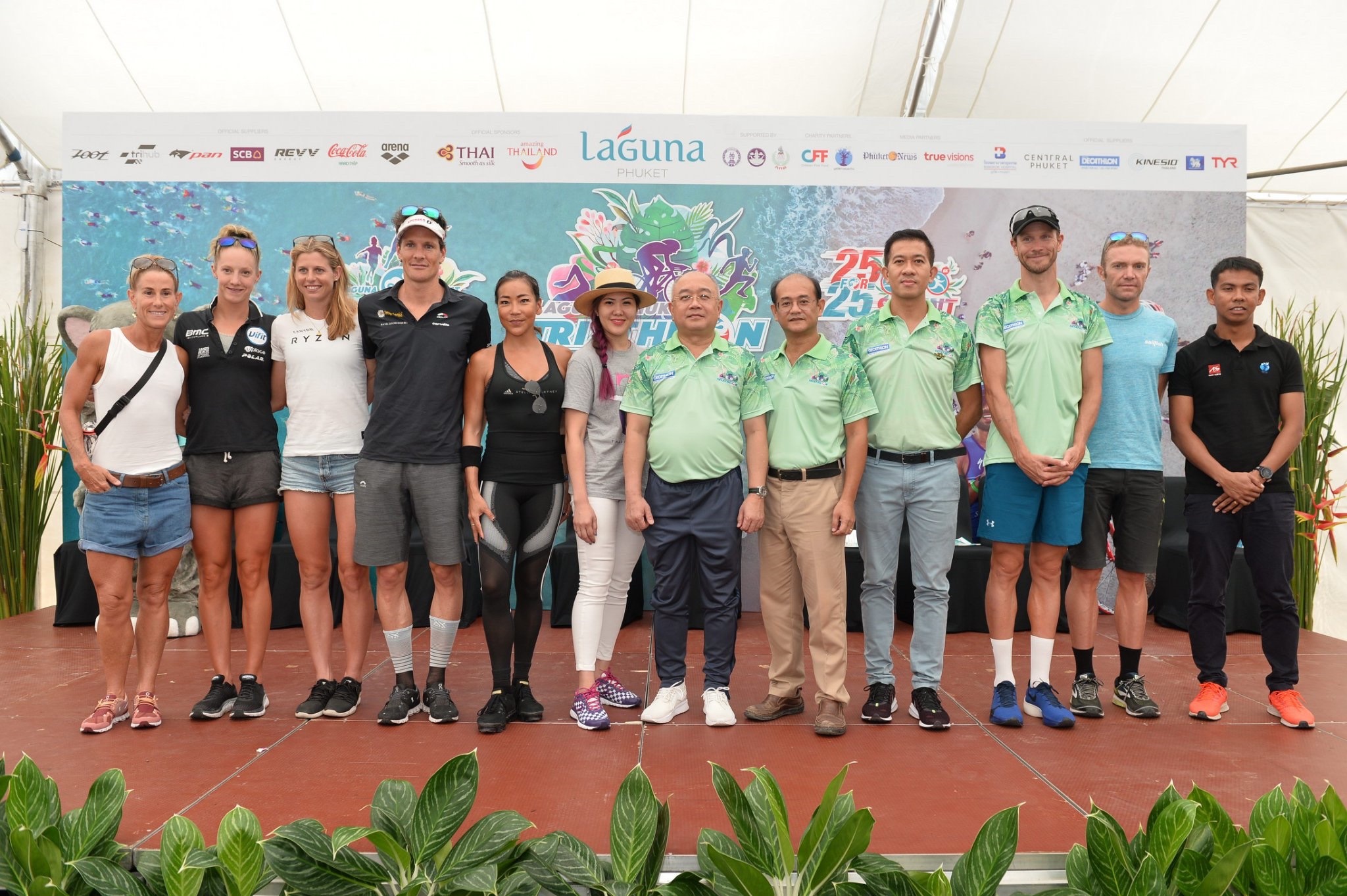 The 26th annual Laguna Phuket Triathlon (LPT) will kick off on Sunday 24 November and comprise a unique race distance of 1.8K swim, 50K bike and 12K run through the scenic backdrop of Phuket province in Thailand. The Southeast Asia’s longest-standing triathlon race also features “25 For 25 Sprint” (0.5K swim, 18.5K bike and 6K run) on the same day. LPT Charity Fun Run is being staged in the late afternoon on Saturday 23 November with an aim to raise funds for Children First Fund (CFF) in support of 7 orphanages in Phuket as well as Kao Kon La Kao Foundation to help hospitals in Thailand.

Thai athletes to watch on Sunday include Jaray Jearanai who will defend his 8 consecutive-years status as Thai champion (since 2011) and defending female champion Nichakarn Ruttanaporn.

Phakaphong Tavipatana, Phuket Governor, said “I’d like to congratulate Laguna Phuket Triathlon on coming to its 26th year of success as a race that helps promote Phuket as world’s leading sport tourism destination.  It is with delight that the race showcases food and fruits from Phuket tourism communities to international audience. This year, we also focus on reducing waste at the race. All are part of Phuket’s strategic policies in sustainable development.”

Anthony Loh said “This year, we will see 2,200 athletes, representing 51 nationalities, participating in the individual, team relay and sprint categories on Sunday as well as the Charity Fun Run on Saturday. Once again our sprint triathlon category was sold out. Later this afternoon, more than 1,100 runners will help raising funds for Children First Fund (CFF) in LPT Charity Fun Run 2K, 5K and 10K categories to support 7 orphanages in Phuket, housing more than 400 underprivileged children,”

“I am glad to announce that, this year Laguna Phuket Triathlon has placed Top 10 in the Best International Triathlon Category of the Challenge Awards 2019, presented by Runner’s World Magazine and Let’s Do This (UK). I’d like to share the pride with Phuket Government, our co-host, and everyone who has kindly supported us including all the athletes and spectators,” he concluded.