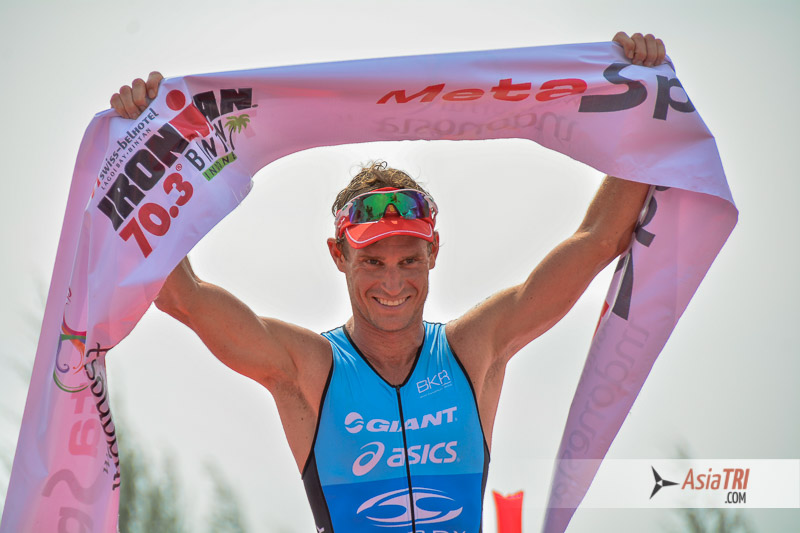 Brad Kahlefeldt from Australia and Gina Crawford from New Zealand, were the winners of the inaugural Ironman 70.3 Bintan, in Indonesia.

New Zealand’s Mike Phillips was the first out of the water in 00:23:53 with Kahlefeldt right on his feet. The duo had a forty seconds lead on the chase pack and 1’20” on Germany’s Timo Bracht and Swedish Fredrik Croneborg.

On the bike, Croneborg and Bracht worked together to catch all the athletes ahead of them early on the bike, it was then a large pack of five athletes until the final 10km when Croneborg broke away and arrived in transition two with a lead of forty seconds.

Once on the run, Kahlefeldt quickly showed why he is one of the best runners in the sport and overtook Croneborg by the one kilometer mark, it was then Mike Phillips who moved up one spot. With the day’s best run split in 01:18:38 Kahlefeldt took home the win in 03:55:32, followed by Mike Phillips in 04:00:19 and Fredrik Croneborg in 04:02:40. Timo Bracht was fourth place in 04:04:59.

Laurel Wassner from the USA and Gina Crawford were the first out of the water in in 00:25:49, they had a one and a half minute gap to the chase pack that included Caitlin Snow from the USA and Katey Gibb from Australia.

On the bike, Gina quickly dropped Laurel on the way to the day’s best bike split in 02:27:01 and arrived in transition two over three and a half minutes ahead of Gibb and Snow who were riding together for the entire bike course.

More in Featured
Winner of the Free Entry to Rockstar 113 Triathlon (Half) Announced
August 25, 2017