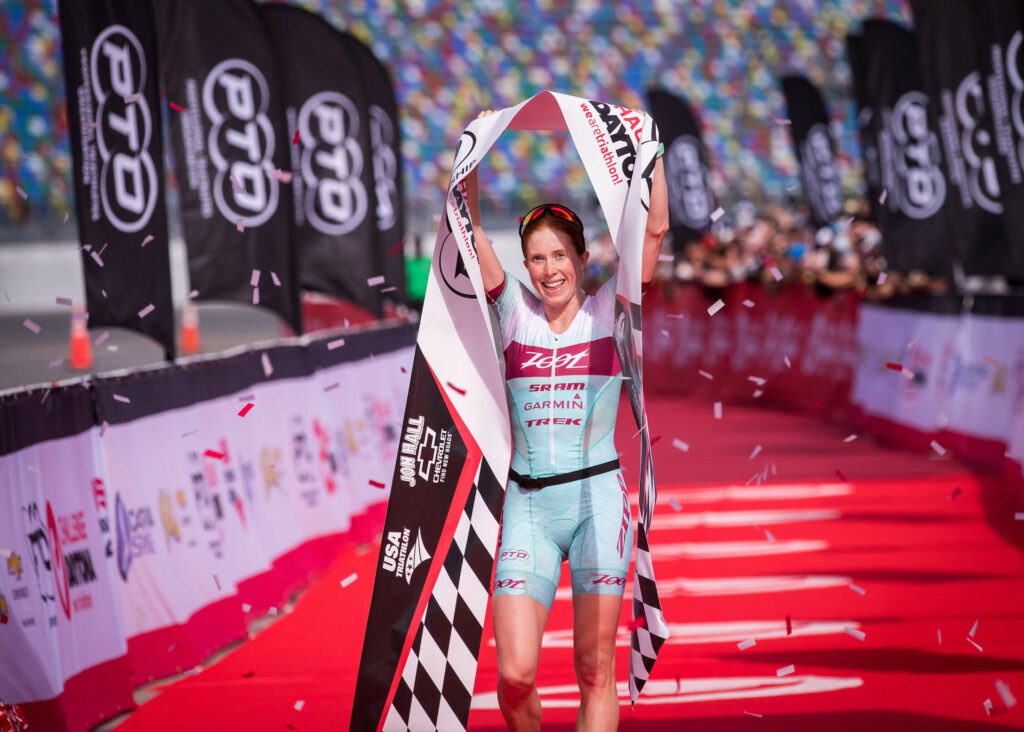 Edmonton-born Paula Findlay will race the world’s best triathletes on the course she grew up on, as the Professional Triathletes Organisation today announced a stellar line-up for the women’s race at the first-ever $1 million PTO Canadian Open (23-24 July).

The field, which features 17 of the world’s top 25 PTO World Ranked female triathletes, is one of the strongest line-ups of the season so far. But it is difficult to look past Findlay, who grew up a couple of miles away from Hawrelak Park and won the Canadian Road Championships there over the weekend. She has a unique chance to ink her legacy on the venue if she were to claim the PTO Open title.

“I am absolutely looking forward to it. When I was a little girl, I remember going to Hawrelak Park and watching Simon Whitfield,” explained Findlay. “ I remember getting an autograph from him at the end of the race. That’s what encouraged me to get into the sport. So, to be able to come back now as a long-distance athlete and race in Hawrelak Park is something I never thought would ever happen.”

“My season has been focused on Edmonton and the new $1 million PTO Canadian Open, because I know that if I’m fully fit and healthy I can be competitive. I proved that to myself by winning the PTO Championship in Daytona in 2020 against the best in the world.”

The full PTO Canadian Open women’s line-up and be found here and includes:

Not only will the top professionals be competing for a $1 million prize purse, the PTO Canadian Open is the final event to determine automatic qualifying spots for The Collins Cup teams, with 10% PTO Bonus points available. Expect the athletes to leave it all on the course as they look to secure a spot at The Collins Cup or impress their Team Captains in the hope of a coveted Captain’s Pick.

“The PTO Tour is all about celebrating the world’s ultimate endurance athletes – triathletes, and giving them a global stage on which to perform. I’m confident the first PTO Canadian Open will do that, which is why we are so excited by the full reveal of today’s world class field for the women’s race.”

“Speaking to the triathletes, I know one of the things they have really missed over the last few years, is to feel like they are putting on a proper show for everyone; the coloured carpet, the cameras and the international media coverage. With a raft of global broadcast deals set to be announced in the next few weeks and a great venue like Edmonton ready to roll out the red carpet to the best triathletes on the planet, I think we’re in for something genuinely special at our first PTO Tour event. And don’t forget, there are also vital PTO Rankings points on offer that will have a huge bearing on the European, US and International Teams for the following month’s Collins Cup.”

5 Steps for a Faster Duathlon

Choose the Right Triathlon Coach for You
June 15, 2021