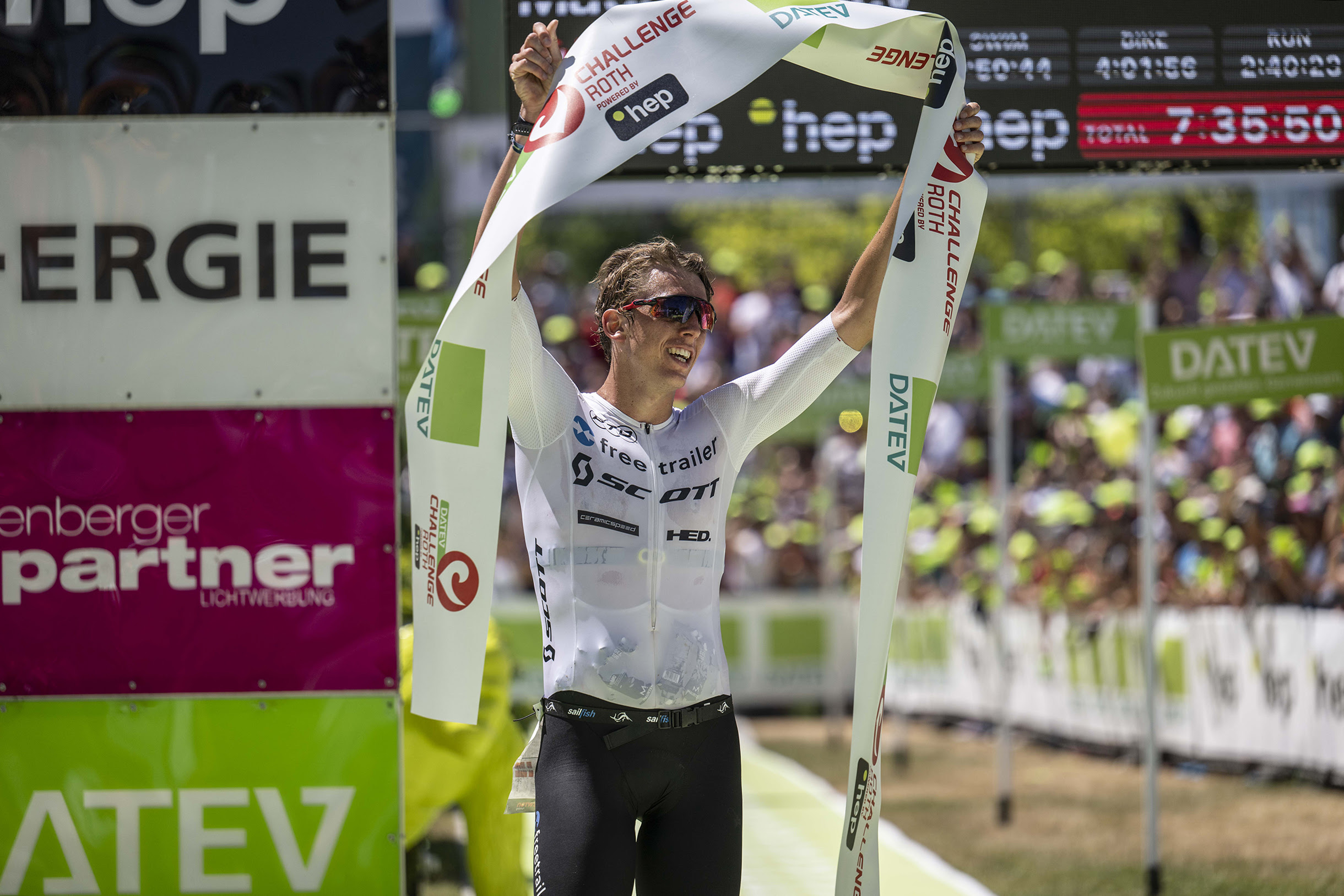 ROTH. After an extremely exciting and fast race, the young Dane Magnus Ditlev won DATEV Challenge Roth powered by hep, after world champion Jan Frodeno had to drop out after 3km on the marathon after a strong swim and bike. With his stunning time of 7:35:48, Ditlev missed Jan Frodeno’s course record from 2016 by just nine seconds – and that despite temperatures around 30 degrees. Defending champion Patrick Lange was second in 7:44:52, while Reinaldo Colucci from Brazil was third in 7:52:36, also well under the eight-hour mark. The women’s race was won by world champion Anne Haug after an ambitious chase, her time: a sensational 8:22:42 hours. Fenella Langridge from Great Britain, who had been leading for the whole race up until the half way point of the run, deservedly finished second. Judith Corachàn from Spain crossed the finish line in the Roth Triathlon Stadium in third place.

In ideal weather conditions, the legendary long-distance race began early Sunday morning with the swim in the Main-Danube Canal, which the pros had to complete without a wetsuit because of the water temperature of 23.0 degrees. Right at the beginning, world champion Jan Frodeno took the lead. Defending champion Patrick Lange, who like Frodeno had to recover from a serious injury in the spring, came out of the water in fourth place, one and a half minutes behind. In the women’s race, Fenella Langridge (GB) and Rebecca Clark from New Zealand led after the swim, while world champion Anne Haug from Bayreuth, who started as the favourite, was initially a full seven minutes behind in T2.

With a sensational new bike course record of 4:01:56 the Dane Magnus Ditlev finished the bike with Frodeno right behind him, his bike time of 4:03:07 was also below the previous record. Due to a faster transition Frodo headed out first on the run course. But at 3km the Roth dream was over for this year: Frodeno had to give up due to his Achilles injury. Ditlev took the lead, dominating the marathon race from this moment on unchallenged. Lange is able to close the gap, but in the end it is not enough for another victory in the triathlon stronghold of Roth.

“I can’t believe this happened!” said Ditlev. “It doesn’t make sense, I’m just out of words, I can’t believe what happened. Everything went according to plan and that very rarely happens. It was amazing with spectators all over the place and you just get carried through. It was a bit of a bummer when Frodo dropped out as I was looking forward to a good battle. It seems he has some problems still and that’s a shame as it would have been fun to go head-to-head with him. I’ve never experienced spectators like the swim and there was not a moment when you were alone on the bike and on the run there were even more spectators!” 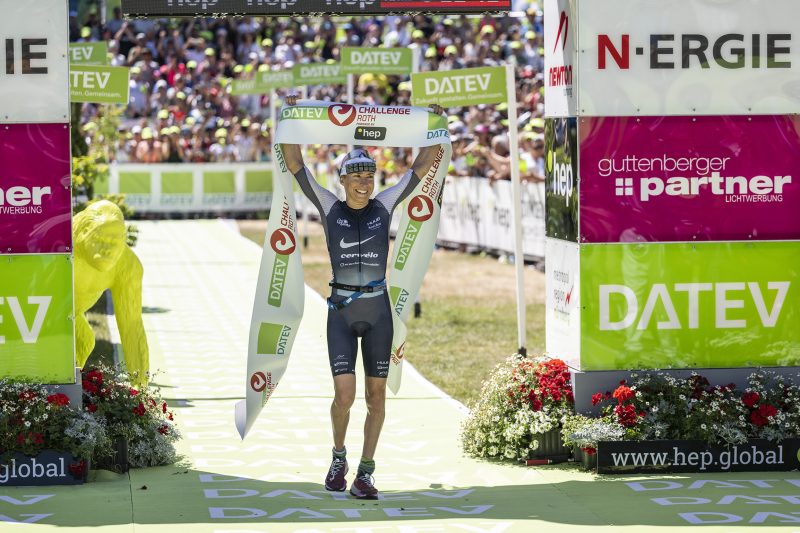 The women’s race was quite different. For defending champion, Anne Haug, it went better and better on the bike, despite a bee sting in her neck she proved her class and gradually reduced her gap to Langridge. After T2 she headed out on the run in second place behind Langridge and continued to make up time. At the half marathon point, she overtook and for Langridge, the victory was no longer in her grasp.

“Long distance is always tough and I really had to fight today,” said Haug. “I didn’t have the swim I would have wished for so I had to push on the bike and the run was really hard. I felt OK but I had a bee sting which was tough but in the end I was super happy. You never know what will happen as you can’t influence others, only yourself. I focused on myself and tried to stay as relaxed as possible and I was super happy to see the finish line! I felt better than last year and it’s always amazing to win in front of a home crowd and it makes it super special for me.”

After the long covid-related “dry spell” (with race cancellation in 2020 and an event with fewer participants in September 2021), the legendary long-distance classic DATEV Challenge Roth powered by hep celebrated a magnificent comeback and a glorious 20th anniversary of the “Challenge” brand, cheered on by tens of thousands of triathlon fans on the famous Solarer Berg, along the race courses and in the Roth Triathlon Stadium. The triathlon world experienced a celebration in Roth that has not been seen in this form for a long time.

Training: Enjoying the Off Season
December 14, 2015