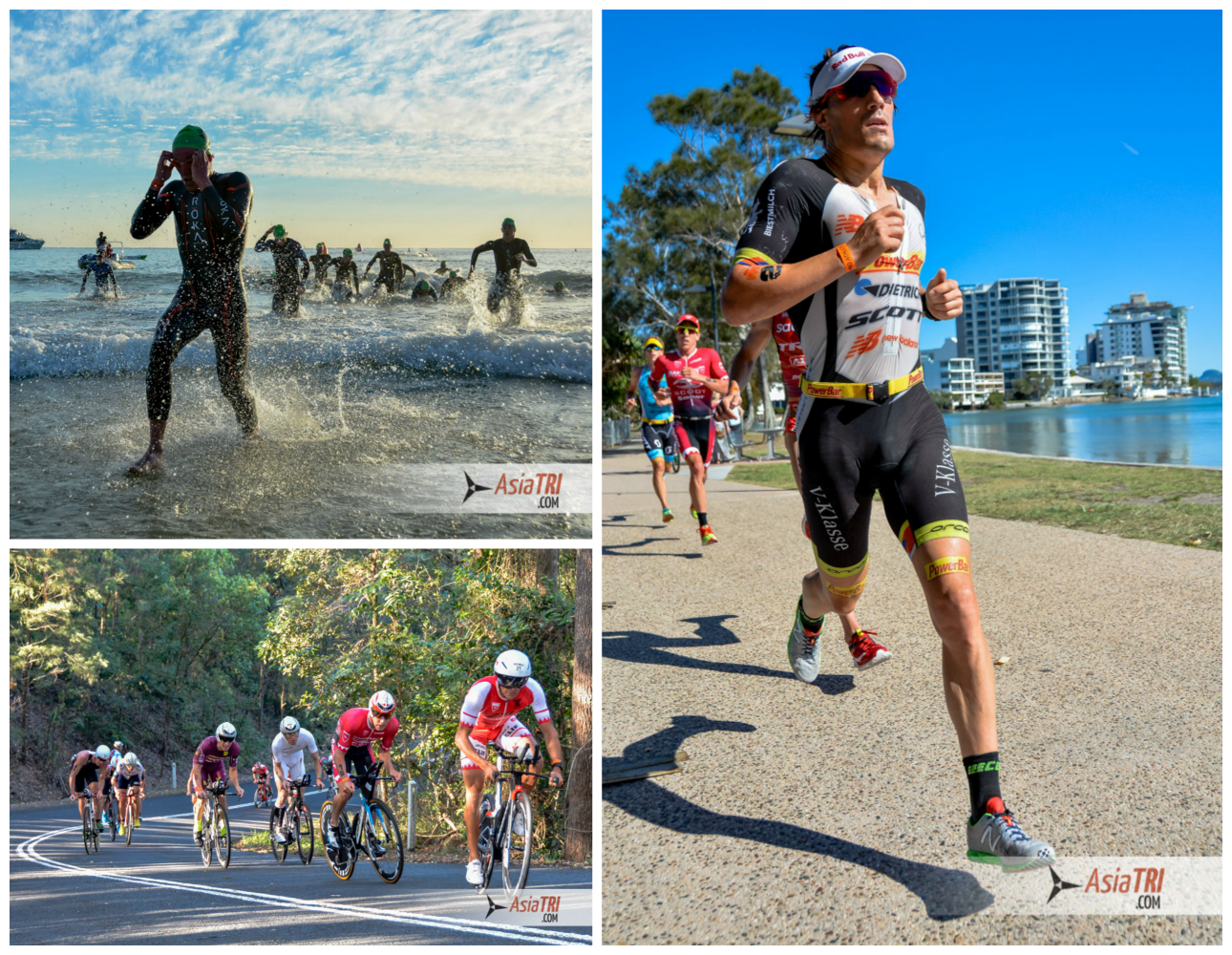 Sunshine Coast is the training ground of some of the world’s best triathletes such as Luke McKenzie, Belinda Granger, Caroline Steffen, Pete Jacobs and many others. The mild winter makes it a perfect training base for those that want to avoid traveling out of Australia during the winter. It’s also the reason why Queensland hosts the final main event of the Australian calendar in mid-June, Ironman Cairns and Ironman 70.3 Cairns (read our Cairns Course review here) and Ironman 70.3 Sunshine Coast is the opening event of the Australian Season.

In 2016 the event  was also tagged as the Ironman 70.3 World Championships, where we saw an epic battle between Tim Reed and Sebastian Kienle.  Reed took the title in a sprint finish against Sebastian Kienle (read full race report here).  The Ironman 70.3 Sunshine Coast also showed to the rest of the world a great course and a fun destination race.

GETTING THERE, WHERE TO STAY & THINGS TO DO

Brisbane (BNE) is the nearest International Airport and only ninety minutes away from Mooloolaba.  The airport shuttle service  (CON-X-ION)  can be booked beforehand and runs every hour, dropping you straight at at your hotel. If you are flying from within Australia you can fly to Brisbane airport and is only a twenty minute drive from the race venue.

The most convenient area to stay is somewhere along The Esplanade of Mooloolaba’s beach and you won’t need a car because all the pre and post race activities are within walking distance of each other. There are also plenty of eating options and supermarkets around which suits the type of hotels in Mooloolaba because most are self-catering, so be ready to cook your own meals.   It is a plus on race week so you can replicate what you do in training at home and avoid the typical breakfast buffets.

If you don’t have a lot of days to spend traveling in the region, the Australian Zoo is one of the most famous local attraction as it is used to be managed by Australian legend Steve Irwin.  The local Aquarium is also on the top of the most recommended activities and both are perfect half-day tours if you are traveling with your family or on your own. The deep water start is somewhat unusual for most triathlon races but floating in place for a few minutes before the horn goes isn’t an issue as wetsuits are allowed and recommended despite the water temperature being in the very low 20’s Celcius (just below the limit of a non-wetsuit swim). A straight forward, rectangle shape makes the swim very easy and beginner friendly.  In 2016 as part of the World Championships, there were wave starts by Age Group five minutes apart, which make make certain age groups wait for an hour or so at the beach, be ready for that and adjust your plans accordingly. In the future this may change as the trend now is for rolling starts.

The World Champs in 2016 saw pool-like conditions with flat waters, but the days before the event it was extremely wind and very choppy, be ready for both types of conditions. Winter in Queensland can still be quite chilly early in the mornings, expect temperature in the ‘teens’ in the first half of the bike course and dress appropriately, arm warmers are a perfect option as you can roll them down once it heats up.

The bike course offers a mix of flat and fast segments on highways, to a set of 3 short and steep hills (20% gradient) that will get you out of the saddle and on your lightest gear, followed by some technical downhills. It’s a good test of both fitness and skills and the fact that it’s a 1 x 90km loop with a small 10km loop within that main lap, it won’t bore you at all. The gearing recommended is at least a 39×25 for most triathletes or a 28t cassete for beginners. Transition area, finish line and the u-turn mark of the 2 x 10km loop, is at the bottom of Mooloolaba main hill, which means you will start the run going up and finish with a nice downhill home. The hill is roughly three hundred meters on each side at a moderate gradient, then the rest of the course is all flat along the coast and through some of the local beaches towns.

The temperature by the time all athletes are running are in the low to mid twenties making it a perfect set up for a fast run split, at the 2016 World Championships there were several age group winners running sub 1h20 and about a dozen of the pros broke 1h13 for the half marathon.

Video: How To Climb Like A Pro | Road Cycling Tips

Dimity-Lee Duke Chats about her Return to Kona
October 5, 2016