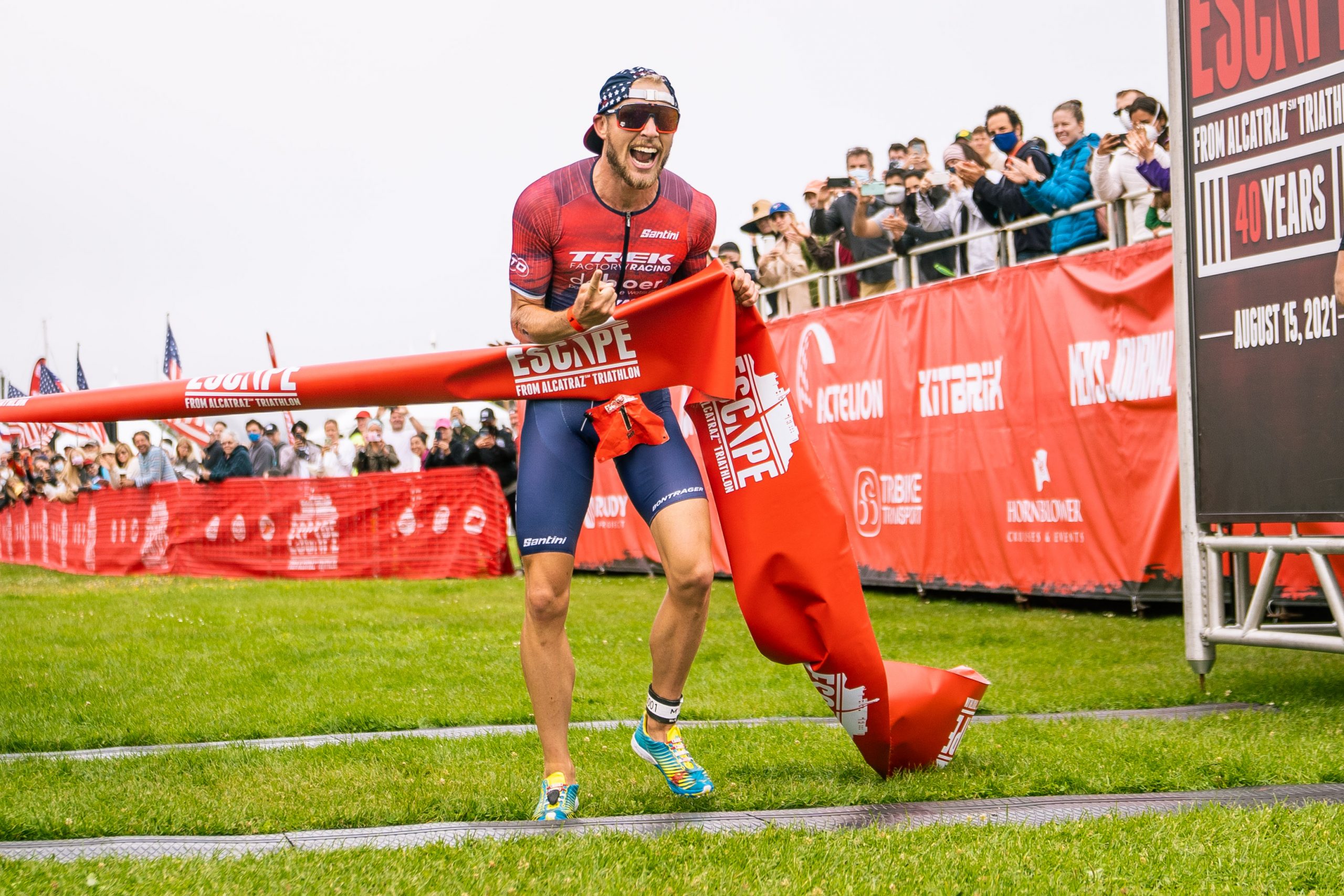 SAN FRANCISCO – (August 15, 2021) On Sunday, August 15, approximately 1,600 athletes took the plunge into warmer than normal 63-degree water to compete in the 40th Anniversary Escape from Alcatraz Triathlon. Olympian Ben Kanute and Emma Pallant-Browne took first place honors in the men and women’s pro division. This bucket list race features a 1.5-mile swim from Alcatraz Island to the shore, an 18-mile bike ride and an eight-mile run through San Francisco.

“High winds, a strong current and choppy water made for an especially challenging swim today,” said 2021 Escape from Alcatraz Triathlon Winner Ben Kanute. “It was difficult to track Greg Harper as he was in the lead during the swim, but I was able to make up some time and catch him on the first hill of the bike course. I love this race, I love its 40-year history and the picturesque course, it is unlike any other race.”

The women’s race proved to be a battle of the Brits with Great Britain’s Holly Lawrence being first out of the water and holding the lead all the way to the end of the run when fellow Brit Pallant-Browne finally caught her right after the 200-step Baker Beach Sand Ladder. Pallant-Browne was second out of the water nearly two minutes behind but then exploded on the run to catch fellow Brit Holly Lawrence.

“This was my first time competing in this race and it was my first-time visiting San Francisco, I absolutely loved it,” said 2021 Escape from Alcatraz Triathlon Champion Emma Pallant-Browne.

Battle of the Titans Expected in Samorin