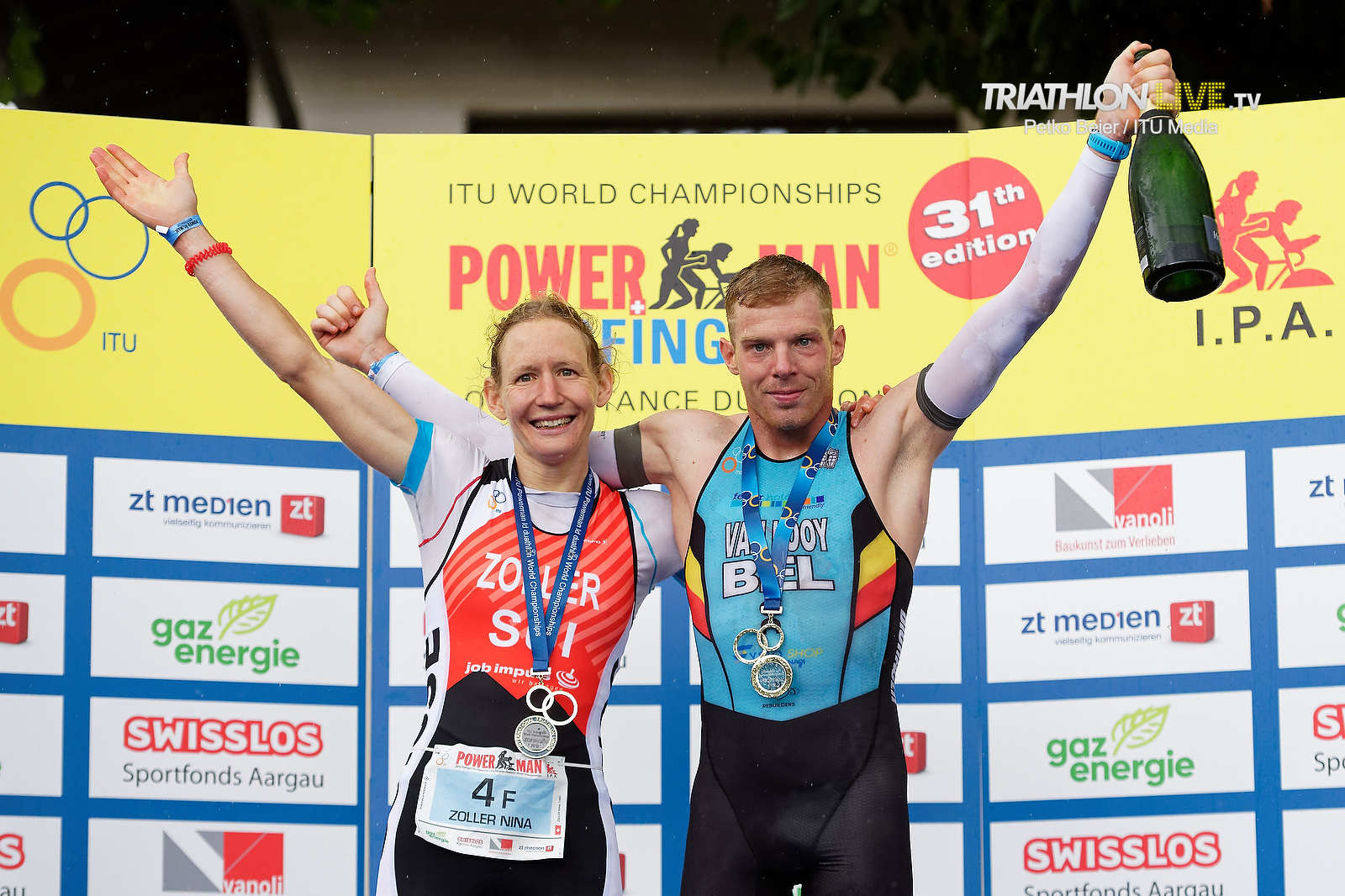 Showing once again that racing at home makes a difference, Swiss duathletes dominated the 2019 Zofingen ITU Powerman Long Distance Duathlon World Championships, with a complete podium sweep in the Women’s Elite race, and with a man taking also the silver medal.

Despite a crash of last year’s winner Petra Eggenschwiler, the Swiss women also shone in Zofingen, with Nina Zoller, Melanie Maurer and Corina Hengartner claiming the first three places in the podium after the 10km run, 144km bike and 30km run in the Swiss Alps.

In the Men’s Elite race, Belgian Diego Van Loy claimed the World title, crossing the finish line ahead of Jens Gossauer from Switzerland and Daan De Groot from the Netherlands. The 31st Powerman Zofingen, the 12th time that is also the Long Distance Duathlon World Championships, recorded a total of around 1,200 participants at the weekend, roughly the same number as last year.

The trio Eggenschwiler, Maurer and Zoller put pressure on the front right from the start and also went straight to the bike course after the running course. When the three of them were riding together, Eggenschwiler crashed in a railway underpass, leaving her without chances of being in the podium after loosing three minutes. Even though she tried to get back with the leaders, she ended up withdrawing.

With the three Swiss running together, it was in the last km when Zoller managed to lose last year’s silver medallist Maurer. “I can’t believe it,” said the new World Champion from Chur. “I bit my teeth, stepped on the gas, and I’m overjoyed now.” Maurer said: “The bike course was difficult, I was freezing, and I’m also very much looking forward to the great performance from us Swiss. I like NIna Zoller very much to grant victory.”

In the men’s event, the Swiss Michael Ott led after three hours ahead of the Russian Maxim Kuzmin, the Dutchman Daan De Groot, the Swiss Jens Gossauer, the Belgian Seppe Odeyn and the Swiss Fabian Zehnder.

In the last section, the hard 30km run, Gossauer, eighth last year, went first, followed by Diego Van Looy (BEL), Odeyn, De Groot, Kuzmin and Zehnder. Van Looy made a final push that was impossible for anyone else to follow, to just claim the World crown, with Gossauer in second place and De Groot finishing in third place.

The 31st edition of Powerman Zofingen proved to be a tough one. Not only the rain was a problem for the top duathlete, the thermometer marked 13 degrees Celsius. Around 1,200 athletes took part in the races at the weekend in Zofingen. Stefan Ruf, OC President of Powerman Zofingen, said: “This is a sensational Swiss day. We did expect strong performances from the Swiss women over the Long Distance. Nina Zoller in particular attracted a lot of attention. Jens Gossauer has provided the perfect surprise for the men”.