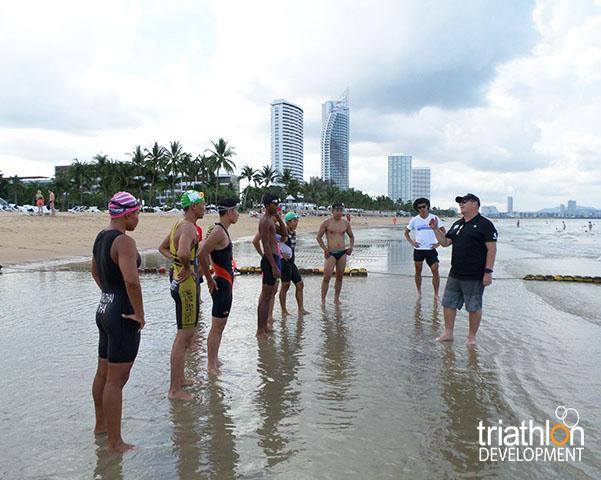 The aim of the camp is to prepare athletes from South East Asian countries for the upcoming South Asian Games in Singapore next month, as well as for Asian Championships in Chinese Taipei. It also provides an opportunity to monitor the development of Team ASTC athletes and coaches that joined the ASTC mentorship project that was initiated last year.

“The six-day training camp was great,” said Edward Macalalad, who is a member of team ASTC from Philippines. “My coach, Anthony Lozada, came as well so we could reinforce what I learned when returning home. We could train in a group with the other Asian athletes. This mix and good training facilities we had during the camp made the training very good and we enjoyed the time in Thailand.” “The quantity and quality of the athletes in this camp was a good level. The athletes trained very hard without any compromise and injury, and it was my great pleasure to work with Asian athletes and coaches,” Peter said.

“It was amazing how Coach Peter was able to create a laid back and stress free training environment. The athletes and their coaches could motivate, encourage and inspire each other to really work hard and maximize performance,” said Anthony Lozada, assistant facilitator.

The disc wheel debate - Is it the right wheel for you?