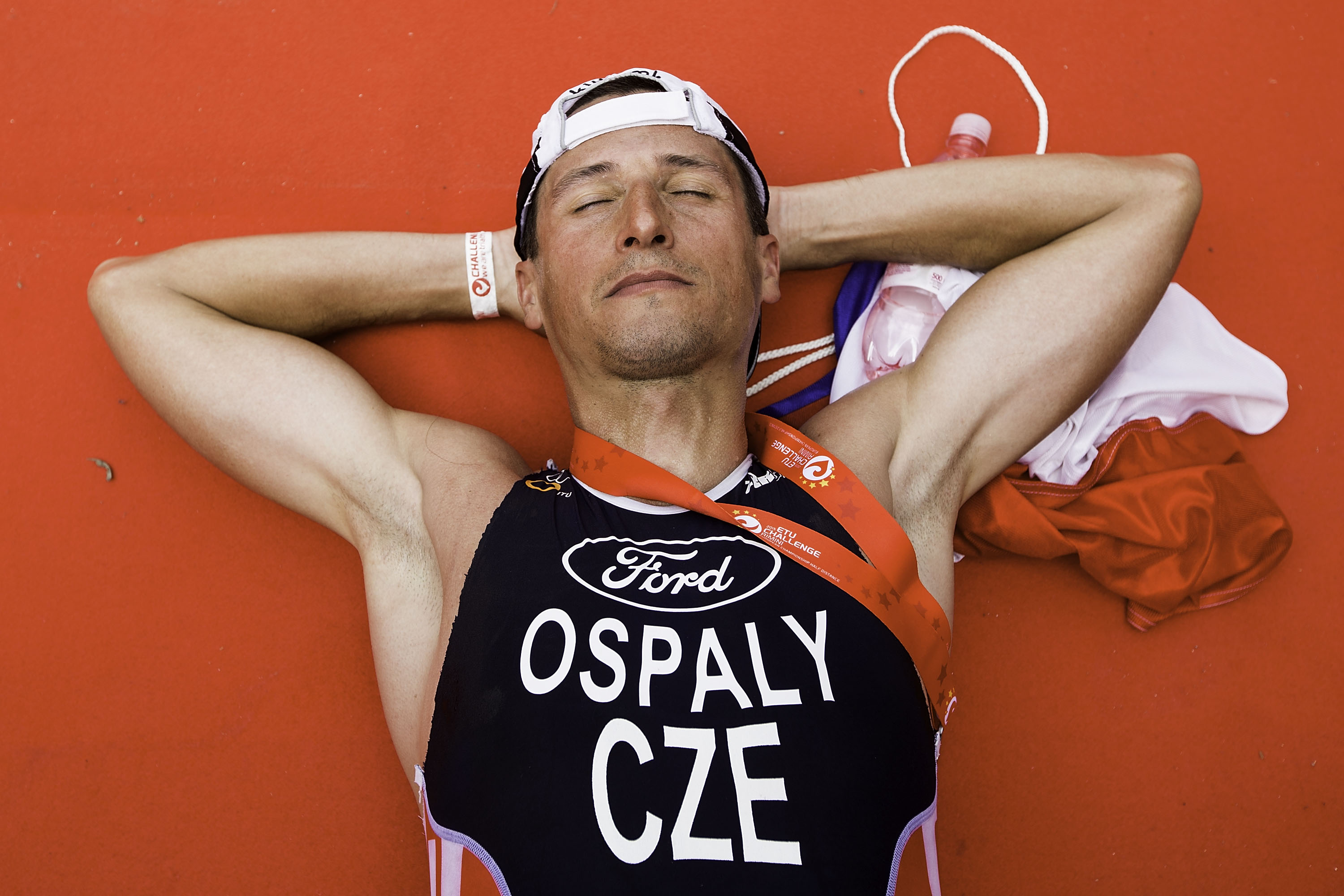 After days of rain, the morning dawned fine with a 1,600 strong field ready to take onCHALLENGERIMINI’s spectacular course. Among the pros, Italy’s Giulio Molinari was preparing to defend his European title that he gained last year at CHALLENGEMALLORCA, while in the women’s field, Sara Dossena (ITA), who started the year with a second place at the European Duathlon Championship, and a recent second place at ETU Olympic race in Madrid, started race favourite.

After exiting in the swim in sixth place, Ospaly headed out on the bike in the front group, led by Molinari with a chase group of Alberto Alessandroni (ITA) and Jonathan Ciavatella (ITA) just two minutes behind. By the halfway point, Molinari and Ceccarelli broke away, putting 20 seconds into Ospaly and a more comfortable 3:40 ahead of the chase group which now also included former European Champion Ritchie Nicholls (GBR). Coming into T2, Ospaly had dropped to 1:40 behind the leaders. However, the CHALLENGERIMINI course with its flat 21km run was the perfect battleground for the strong runner and Ospaly stormed home in 4:06:14 to become European Champion, ahead of Molinari who finished in 4:07:23 and Bart Aernouts (BEL) who rounded off the podium in 4:08:09 after posting the fastest run split of the day of 1:13:54.

In the women’s race, Margie Santamaria (ITA) was first out of the water, 20 seconds ahead of Vanessa Raw (GBR) and two minutes ahead of Lehtonen who was down in sixth place. By 30 km on the bike the situation had changed dramatically. Lehtonen had taken the lead together with Potuckova (CZE) and Raw. She continued to extend this lead, arriving at T2 six minutes ahead of Raw and Santimaria, a lead she managed to maintain, taking the win and the European Championship title I 4:41:14. However, the run of the day went to Dossena who ran up from ninth off the bike to take second place in 4:46:39, posting a 1:19:02 run split. Raw held onto third, finishing in 4:51:07.

The journey has just begun in Myanmar
October 21, 2014