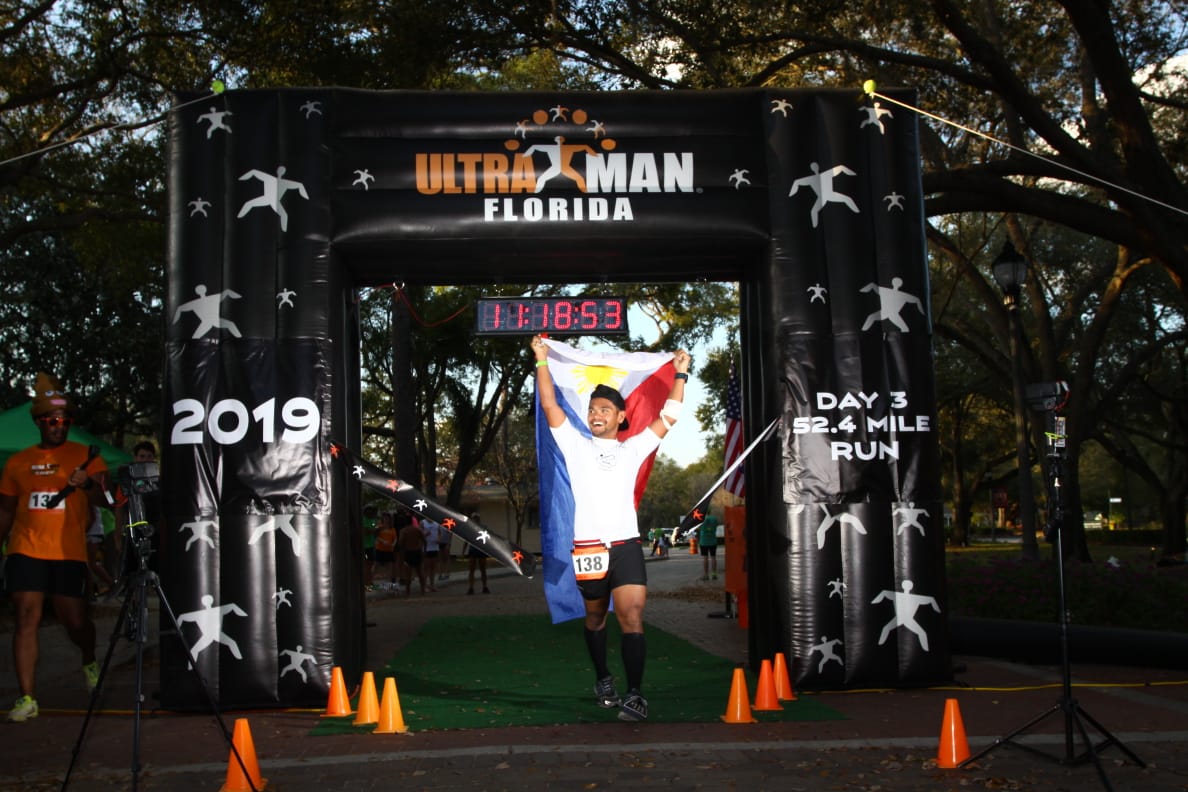 Thirty-two year-old Romeo Puncia III, a Filipino medical technician based in Abu Dhabi conquered Ultraman Florida on Sunday, finishing one of the most gruelling races in the world.   An Ultraman consists of a 10km Open Water swim, a 423 km bike ride, and an 84km run, in a span of three days.

Despite a bike mishap on the first day of the race, Oreo completed the course in 33 hours and 50 seconds, clinching the 33rd sport among 49 male starters.   His coach, Jeremy Howard from way2champ endurance coaching, was particularly impressed on how strong Puncia was, after all he only started doing triathlons in 2016.  Howard added: “Oreo is a huge inspiration to all aspiring Filipinos and all triathletes wanting to tackle the Ultraman distance.” 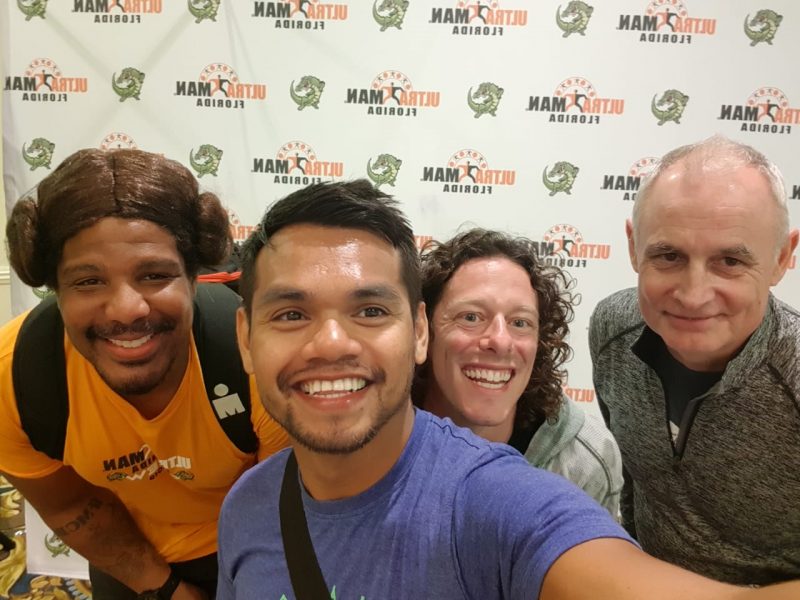 “Talagang nahirapan ako noong stage two, kasi di ako maka bend to do the aero position” ( I was really in pain during stage coz I could not bend and do the aero position properly) said Oreo.   He has to cycle the middle day of 275km in pain after the first day crash, but the encouragement and support of his crew was a huge morale booster.   Oreo’s crew consisted of his coach Jeremy, Rich Reed, a finisher of Ultraman Florida, and South African bike pro Koos De Plessis. 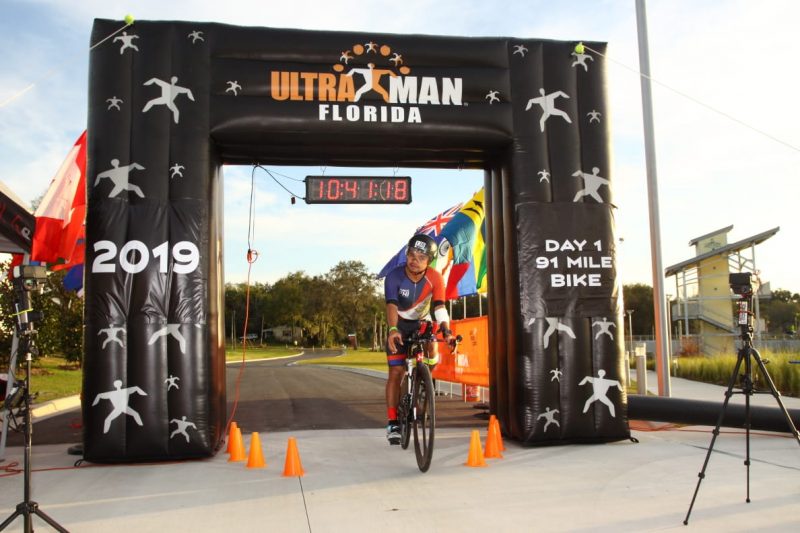 “Bigs thanks to the support UAE and the Philippines.   The moral support from the triathlon community and the media has been overwhelming.  Definitely pushed me on to finish this gruelling race.   Super happy and thankful that despite the bike crash, nothing major happened, and I am in one piece.  Grateful to God for that!” said Oreo.

For a newbie triathlete in late 2016, it is amazing how Oreo has mastered the art of training, working, and also providing time with his family.

My Coach Jeremy Howard of Way2Champ Endurance Coaching sent me the programs good for 2-3weeks and I work 12 hrs for 4 days and have my 3 days off as an EMT. I knew exactly what my programs are, so I plotted it in my calendar. So normally the long sessions are during my days off, and the short ones are after my working days. I am a well organized person and I want activities to be accomplished on time, because for me TIME IS GOLD.  After the work and training I spend my time with my family, and sometimes do other hobbies and meet some friends especially during my rest days. 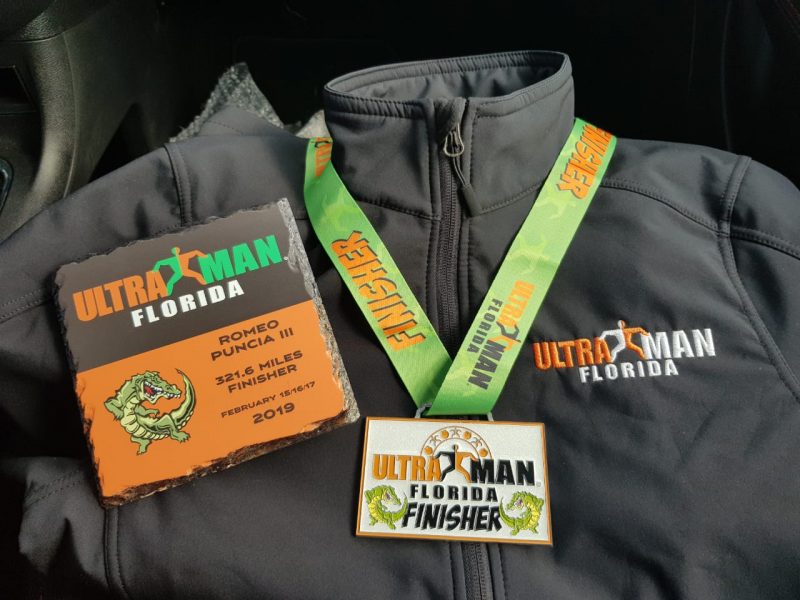 Same with other Filipinos looking for financial security, Oreo went to Abu Dhabi in 2010 and accepted the job offer of being an emergency medical technician.  He considers UAE as his second home, and considers it as a quiet, safe, diverse and multicultural country.   A native of Nueva Ecija, but growing up in Quezon City, he does not race for himself, but also for his advocacy:  Oreo is the founder of Katribo Charities; helping the tribal and indigenous communities in the Philippines.  His last mission took him to Palawan, Philippines, providing feeding and medical programs.

I am an advocate of “Race with a Purpose.” My family and friends are also helping me in this beautiful cause. I do triathlon with a purpose, I save money every month and attend triathlon races in different parts of the world so I can help.  I am thankful that some sponsors have reached out to help in my racing and my advocacy.

Video: How Often Should You Lubricate A Bike Chain?

The Championship 2020 Age group race has been cancelled: registrations and qualifications move on to next year
May 30, 2020
Posting....