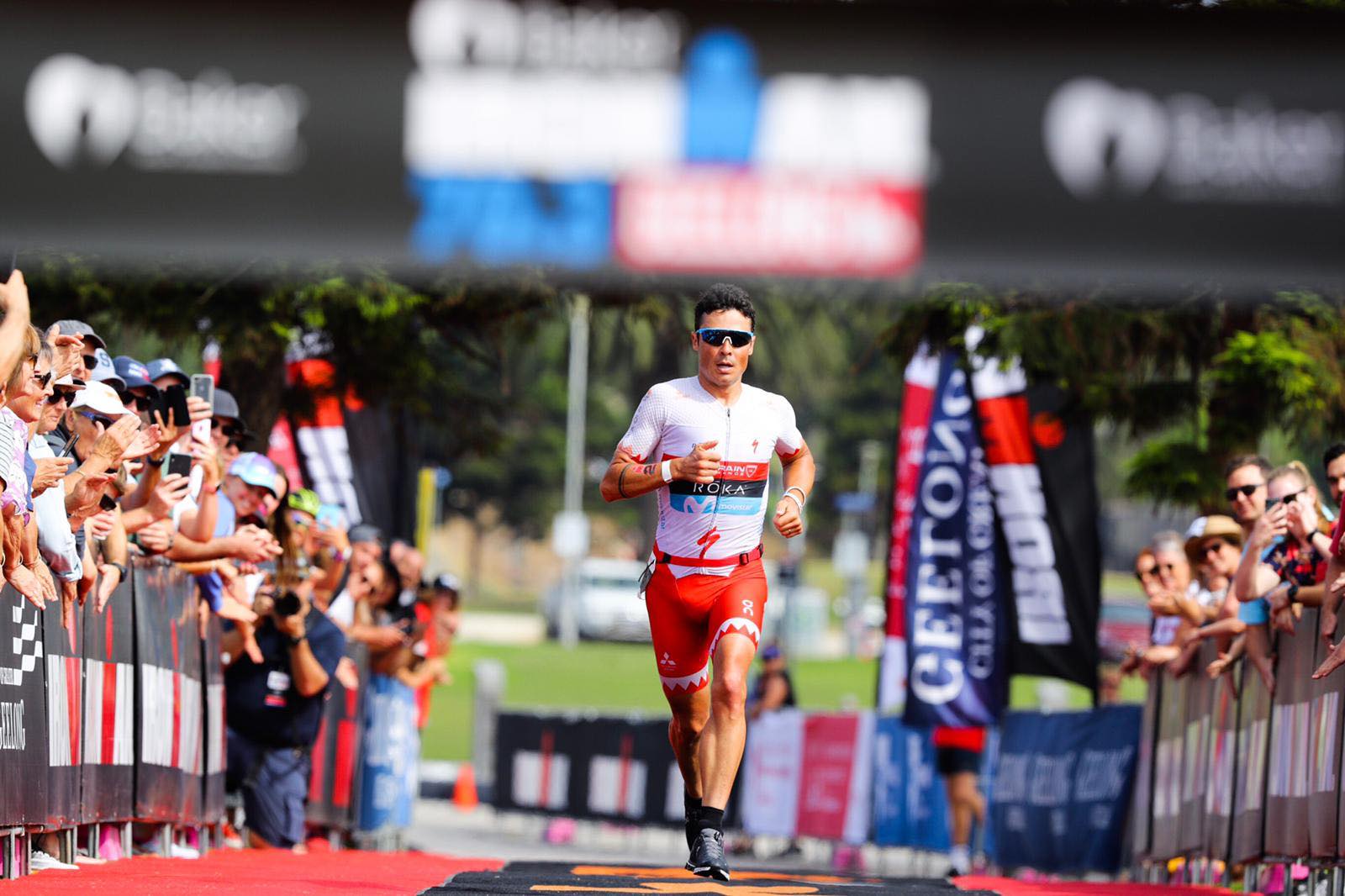 Javier Gomez (ESP), the two-time IRONMAN 70.3 World Champion, remained in cover of the lead pack in the swim and on the bike before unleashing on the run. Coming off the bike in a pack of five, the Spaniard had the race under control by the 3km mark on the run, clocking a 1:11 half marathon to win in 3:45:23. Josh Amberger (AUS) lost two minutes in T1 to correct an issue on his bike. That resulted in a 2:35 deficit on to the run but his 1:14 effort was enough for second place while Tim van Berkel (AUS) pushed on to the final spot on the podium also with a superb 1:14 run.

In the women’s race, an early group formed on the bike but thinned down to pre-race favorites Radka Kahlefeldt (CZE), Ellie Salthouse (AUS) and Caroline Steffen (CHE). Salthouse took the initiative with a strong move early on the run, opening up a 30-second advantage. But Kahlefeldt really went to work in the second half of the run, claiming the lead with 5km remaining, and going on to win in 4:09:56. It took a 1:21 effort on the run from Kahlefeldt to stop Salthouse from claiming the victory. She finished a minute back, while Australian Grace Thek worked her way past a tiring Steffen for the final spot on the podium.

How To Make Your Triathlon Bike More Comfortable
February 26, 2019
Posting....