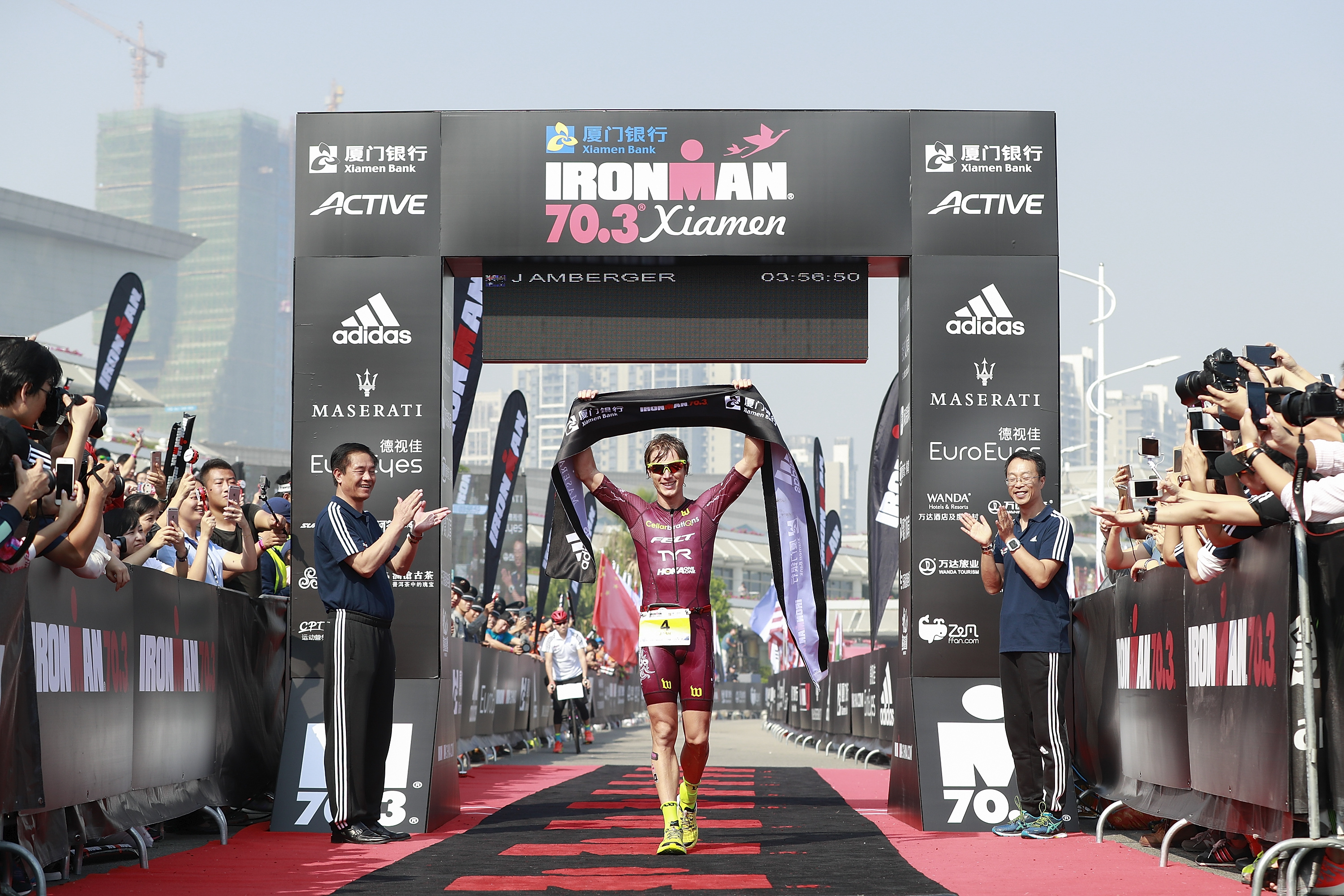 Australian Josh Amberger held on when all seemed lost to claim the inaugural IRONMAN 70.3 Xiamen in China. However, for US-based South African Jeanni Seymour it was a case of playing the waiting game as she took complete control on the run to win the women’s honors.

Hare holds off the hounds in China

Amberger is almost always the hunted, as he scorches off like the proverbial hare in the swim and bike, but has been prey to the fast-running hounds which has seen him forced to settle for lower spots on podiums in Geelong, Putrajaya, and Idaho this year. It seemed like déjà vu as Amberger built a stunning 4:53 lead off the bike but by 10kms mark the hot-running Brit Tim Don had reduced the margin to 1:39 and after two of three laps the margin was just 52 seconds. But Amberger dug deep and Tim Don (GBR), chasing his third IRONMAN 70.3 title of the season, started to falter.

The Australian matched his times as the kilometers ticked by before Don realized there was no gas in the tank. Amberger went on to win in 3:56:51, with 1:30 buffer to Don on the back of a 1:21:15 run for his second victory this year on top of three second place titles and one third place finish.

Initially, Don, Stuart Hayes (GBR), Justin Metzler (USA), and Pieter Heemeryck (BEL) joined in the chase of Amberger on the bike. Hayes, the London Olympian, made his move early on the run, but when he faded, Metzler found renewed vigour to claim third.

The Boulder-based Jeanni Seymour led out of the water with Great Britain’s Emma Pallant with the pair sharing the lead for 70km bike before Pallant made her move. She opened a 1:53 lead off the bike and pushed over two minutes after 4km on the run before the wheels fell off and she did not finish. Seymour regained control and dominated from that point to win in 4:24:03.

Seymour achieved that in the ultimate way with the fastest swim, bike and run to add to her impressive 2016 Palmares with a second victory to go with three other podiums.

After being five minutes off the pace out of the water, American Sarah Piampiano rallied on the second half of the run to finish second, 8:30 behind the winner. However she was comfortably clear of fellow American Lisa Roberts in third, who came from 11 minutes back off the bike to pip GBR’s Parys Edwards for the final spot on the podium.

How To Warm Up Before Your Run | Get The Most Out Of Your Running Workout
January 9, 2019