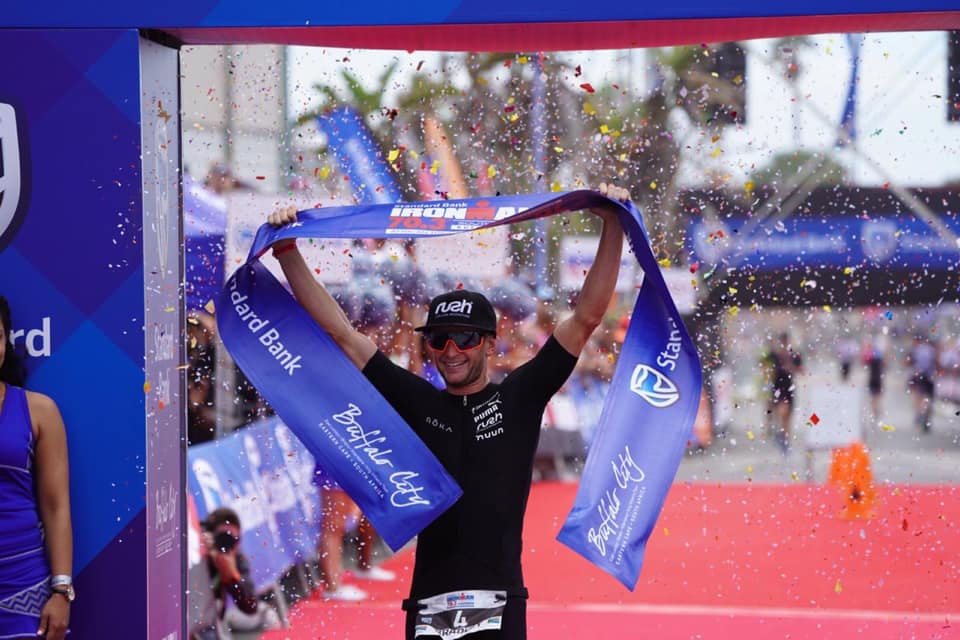 On the pro men’s side, Elliot Smales (GBR) led the field out of the shortened (1100 m) swim. Bradley Weiss (RSA), who exited the water in fifth facing a manageable 23-second deficit, pushed the pace on the bike. By the ride’s end, he carried close to a two-minute advantage on the field that included the three-time IRONMAN 70.3 South Africa champion Matt Trautmann (RSA). Trautmann clocked the fastest first 10.5 km’s of the run to catch the leader, but faded in the second half of the run. Weiss quickly reestablished a leading gap in the final km’s, running his way to the victory by a 1:02 margin.

In the pro women’s race, it was a hard fought battle between Annah Watkinson (ZAF) and Emma Pallant (ZAF). Watkinson held a 24 second advantage after the swim, and a minute lead at the bike dismount line. Within the first 6 km’s of the run, Pallant managed to reduce the gap to five seconds to the leader. With Pallant closing, Watkinson’s response was to up her pace, and she was rewarded with the 2019 title, clocking a 4:21:15.