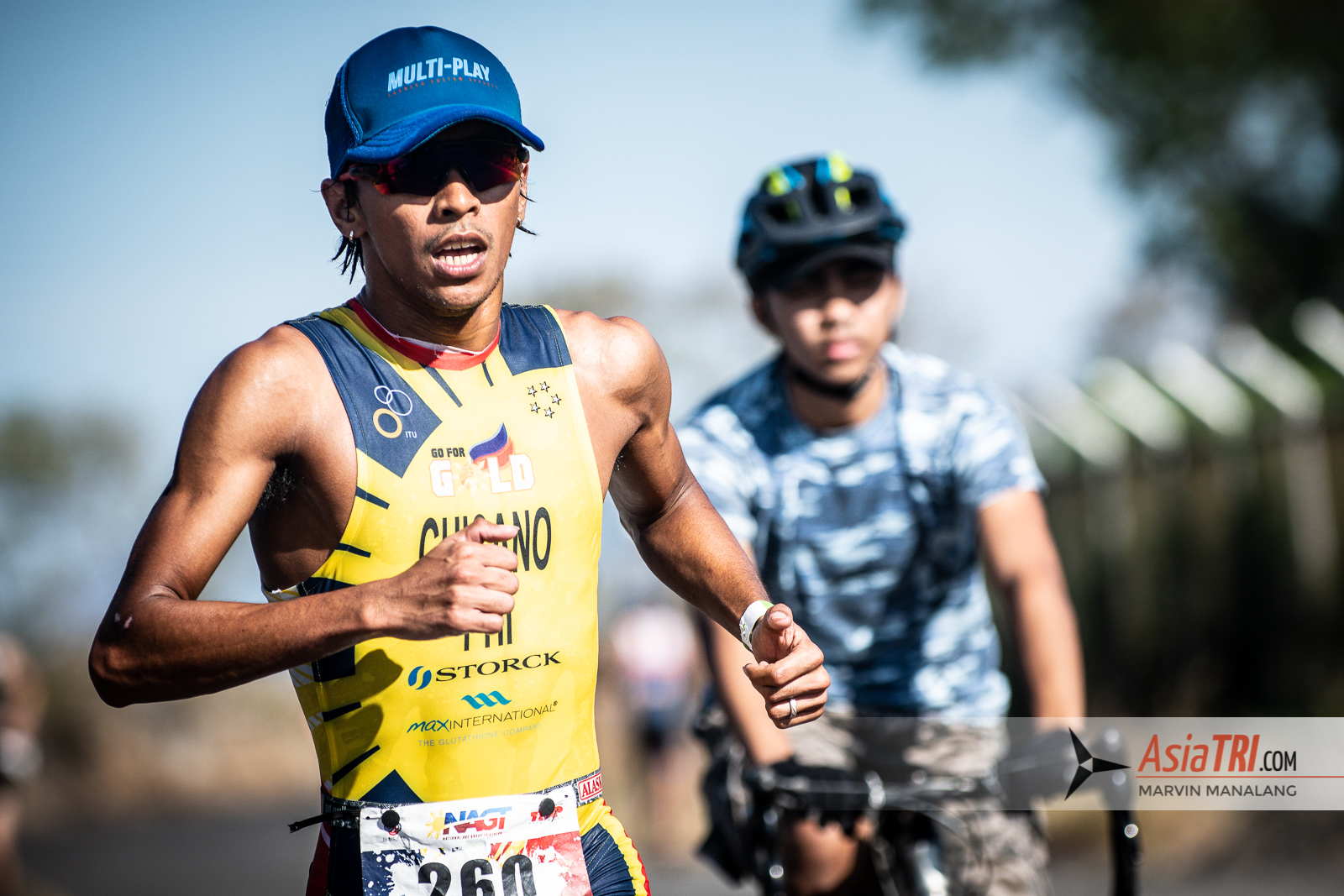 Check out the Top Images from the 2019 NAGT Subic Bay!

John Chicano, the 2017 Southeast Asian games silver medalist had to ward off the 21 year-old Filipino-Spanish Fer Casares to secure his first win of the season.   Chicano finished in 1:58:47, a 1 minute and 14 seconds margin of victory over Casares.   Casares, who is hoping to be included in the national team pool, had the day’s best bike split in the Olympic distance:  55 minutes and 59 seconds over the 40km bike leg. Filipinos JC Abad and Andrew Remolino led the swim and came out of the water together at 20:36 followed 23 seconds later by Casares.   Chicano came out in 22:03.   Casares, Remolino and Abad rode together in the first lap of the bike leg, while Chicano rode hard trying to bit off an early deficit.   By the end of the 3rd lap, Chicano has pulled up with the leader Caseres and reached T2 together.

Going out of T2 and into the run, Chicano set the hard-charging run pace with Caseres trying to keep up.  By the 3rd lap, Chicano had dropped the Fil-Spaniard, cruising in the last lap alone and timing the day’s best run of 36:04.  Remolino finished in 2:02:12 to complete podium. The event was joined in by over 700 triathletes, with the Olympic distances garnering the most participants.   NAGT also has a super sprint and sprint categories.