How Ankle Bands can Improve your Swim 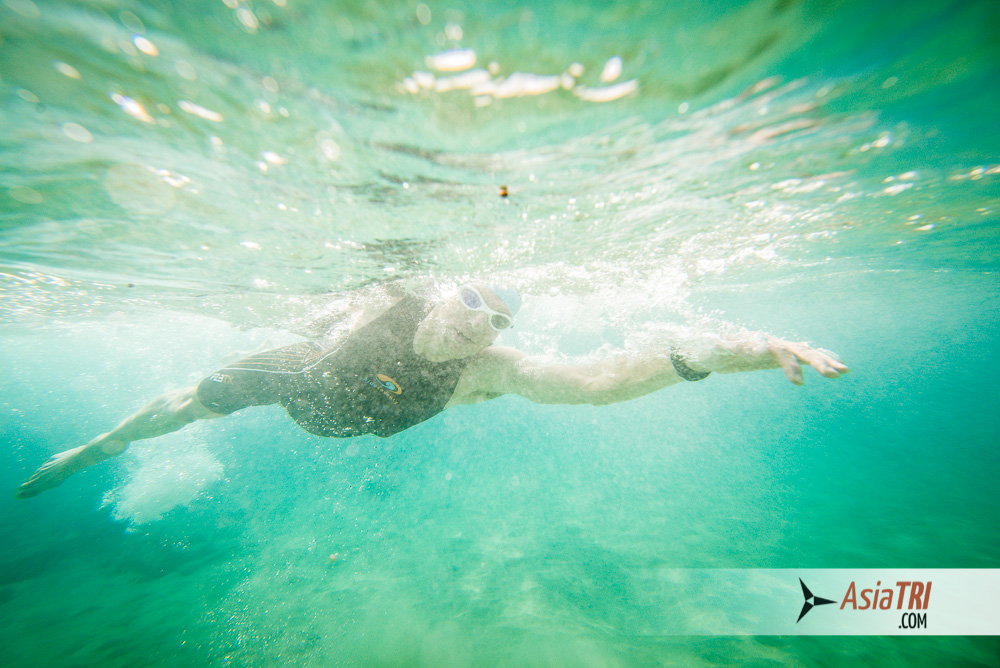 Pullbuoys feel great because they help you float nicely in the water. Paddles immediately let you know that you’re working harder and increase your distance per stroke. Everybody is happy to use these 2 tools because they enhance the feel for efficiency in the water.
But everybody hates swimming with an Ankle Band.
Just try getting a class to strap on ankle bands and many swimmers feign ignorance, “What’s that? What’s it for? What does it do? Where can I get one?” or conveniently ‘leave them at home’ – every single week.
The humble ankle band is easily the most under-rated and unloved swimming tool out there because swimming with an ankle band is tough. Many athletes don’t even get to half way across the pool before deciding ‘That’s not for me.”  That’s because swimming with a band feels crap at first, and may continue to do so unless you take the time and put in the effort to appreciate how it’s supposed to help you swim better.  So read on…
The first time you try one on you’ll feel as though you might drown because tying your legs together makes you drag your legs and bum around like this:

But forcing you into a counter -intuitive position of poor body balance is good for you. Here’s why:
1) Increased awareness of body position –
When you start swimming with an band you will find your bum and legs trawling through the water. It feels TERRIBLE and INEFFICIENT and a total waste of energy. This is because by binding the feet together, you have effectively removed the propulsive and counter balancing effect of your kick. This causes your lower body to sink deeper into the water putting you in the worst possible position for swimming.
After struggling through the 1st few laps and realizing that you’re not going to drown, keep an open mind and start to experiment with ‘pressing the T’ into the water. The “T” is the the cross junction formed by the vertical mid-line of your torso and the horizontal line that runs across from shoulder to shoulder. To swim even a little efficiently in the water with an ankle band, you really need to exaggerate the pressing of your chest and shoulders into the water. It is an unnatural sensation that takes getting used to,  but once you get a feel for it, you’re well on your way to achieving a better position in the water.  Once you are able to apply pressure ‘into’ the water with your upper body, replicate this sensation when swimming without the band and you’ll be pleasantly surprised how much better balanced you will be in the water.
2) ‘Syncs’ the upper and lower body –
Secondly, using the band regularly engages the core muscles in the trunk to ‘connect ‘ the upper and lower halves of the body so that you learn ( out of necessity ) how to  rotate as one single and united vessel. If you pay attention to the feel of swimming with a band, you’ll start to understand what it means to drive the rotation ‘from the hips’. In order to rotate in even a slightly efficient manner with the band on, your trunk and hips, bum and legs all need to turn at the same time and at the same speed, kind of as if you were a chicken on a satay/ lamb on a spit.
The simple ankle band does a great job of making you more aware of your balance and rotational inadequacies. So unlike the other above-mentioned tools, that you just stick on and let them do the work for you, the  the ankle band requires more focus on the ‘feel’ of how you are moving through the water AND the willingness to experiment with the smaller details of your technique to get them just right.
I find that the band has helped significantly to sync the timing of my rotation with the pulling arm so that I am moving more as a single and powerful unit through the water and displacing more water with each pull as a result of that. This ‘connection’ between your upper and lower body will also reduce the amount of side to side ‘snaking’ from the rear end.
3) Improves strength –
Finally, the increased resistance that a sinking bum and legs produce is a fantastic but totally crude way, of swim specific strength training. Try it!
–