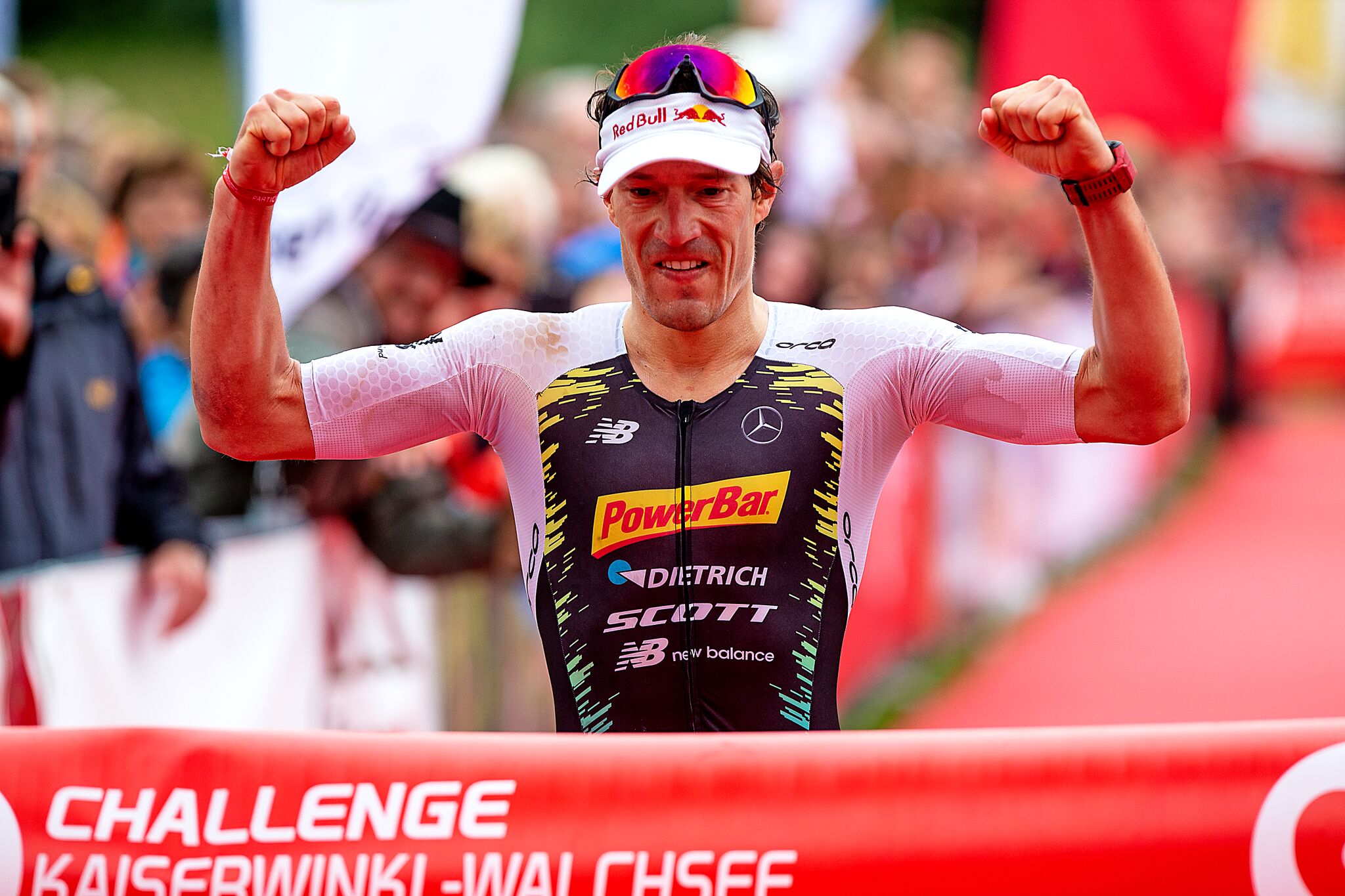 The Danish athlete Daniel Baekkegard was first out of the water in the men’s race and managed to hold on to his lead  for a long time on the bike until Frederic Funk from Germany overtook him at KM 78. At this point, Kienle was in third position, 1:05 minutes behind Funk and Baekkegard. “This bike course is great”, said Kienle afterwards. “But I didn’t take as many risks as the younger guys.”

Kienle commenced the run still in third position but thanks to a high pace he was able to overtake both Funk and Baekkegard and was first to cross the finish line in a total time of 3:48:39. Funk came in second in 3:51:27 and Baekkegard third after 3:54:44. “I’m very happy with this win. I think I’m in the best shape of my life. I have driven through Walchsee on numerous occasions and I‘ve always thought it would be great to race here. Now I‘ve won”, said Kienle.

The first Austrian to win the women’s race
Eva Wutti is the first ever Austrian woman to win at CHALLENGEKAISERWINKL-WALCHSEE. She started the run in second position, two minutes behind leader Margie Santimaria (ITA), but overtook her before the last running lap. Laura Siddal (UK), started the run in third position, but was able to overtake Santimaria and finish second. Wutti finished in a total time of 4:18:11. “Winning this race means so much to me. I’m completely amazed.” After finishing, the Austrian triathlete was in tears. “It’s very special to be the first Austrian triathlete to win here. This last year was really hard for me, so I’m gad to show I’m on the right track.” Siddal finished second after 4:20:54 and Santimaria third in a total time of 4:24:07.

See also:  The 2015 Ironman World Championship by the numbers

Race-director Ilona Klinger was very happy about the race. “With some great winners, no accidents and of course a lot of amazing age groupers able to achieve their personal goals. We had so much luck with the weather which was perfect for the run and bike course. And it’s amazing that an Austrian triathlete has won the race for the first time.”