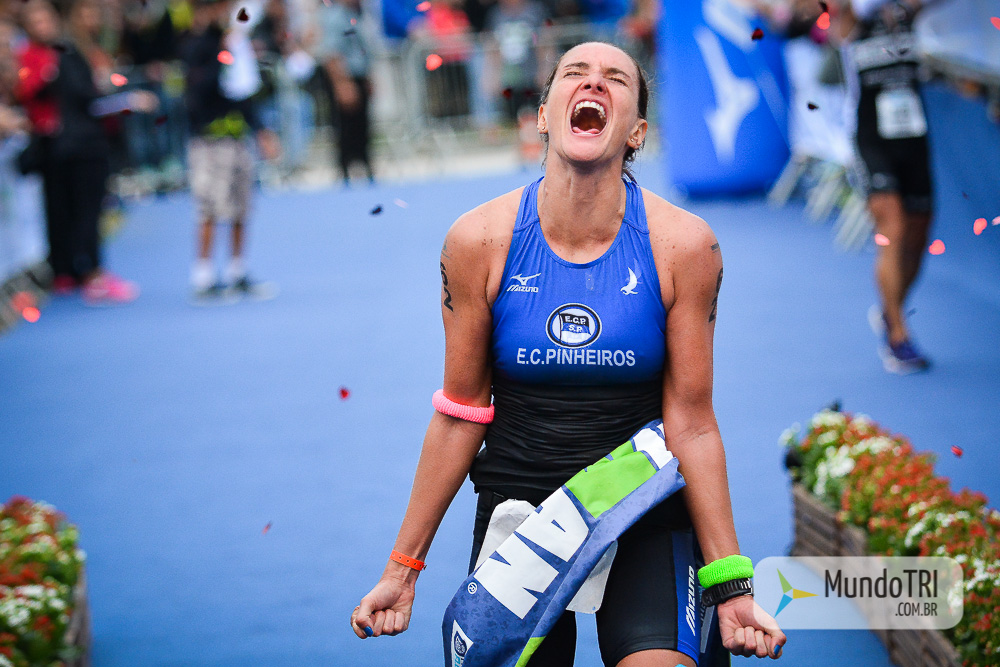 After  a week of rumors in public and underground social networks, Brazilian Pro triathlete Ariane Monticeli, in an exclusive revelation to our sister website in Southern America, MundoTRI.com.br, decided to break her silence and talk about the doping case in Ironman 70.3 Buenos Aires.  Monticeli’s admittance of the use of banned substance EPO (erythropoietin) pre-empts any official announcement by Ironman, WADA (World Anti-doping Agency) and CBTri (Brazilian Triathlon Confederation).

The athlete underwent a random test on the evening of Ironman 70.3 Buenos Aires on March 10, 2017.  In this test, there was a positive result for EPO, well known in endurance sports as performance enhancing.  As rumored in social networks beforehand, the tests did not reveal use of human growth hormone and testosterone.

Monticeli was informed only of the result on the evening of Ironman Brazil by Ironman organization itself, which prevented her of quitting, since athletes on trial are forbidden to compete, according to WADA rules, and which Ironman is a signatory. Monticeli agreed to reveal all in a letter posted in MundoTRI.

“In 2016 I faced numerous problems. Mechanical problems in Ironman Florianopolis, broken foot at the start of Ironman Zurich, death of my mother, 14 days before the start of Kona Ironman Championships in Hawaii.  It was a bad year as whole, and the results were a reflection of this.”

With a year of misfortune and expected to perform and get results, Ariane succumbed to the pressure.

“By 2017 most of the people did not think I would get results. Succumbing to this pressure and not admitting to having a bad new year, I decided to use EPO for my first Half IRONMAN competition of the year,” added Monticeli. “How did this happen? Inside my head, I repeated ‘I need to win’, but I knew I was constantly tested and I have a biological passport, so now what to do? I went to the Internet, I researched the purchase of EPO. I researched how to apply it, how long it stays in the body and so on”

Monticeli showed enormous regret over her actions and apologized.

“I am coming here to demonstrate, as a living example, that the use of illegal substances and gaining from it is just an illusion.  That when you lay your head on your pillow, you and God knows the truth, and when you do something wrong, at some point you will pay the bill.  Lots of people come here cursing and denouncing me.  What I did was not only bad for me, it is bad for Brazilian triathlon, and it’s bad for the world of triathlon, regardless of the reasons I had.  Today with the position I have in Brazilian triathlon, this will reflect and reverberate in a very bad way for a long time.  I am here to show everyone what I am missing, all the consequences I will suffer from it, and serve as an example to those who use and for those thinking of using the substance.   If I can give you advice: DO NOT!!!!   I screwed up and did not get better.  I was stupid to the point where I did not think I would take the test, even though I was being tested all hte time.  I was stupid to fool myself.  It is very easy to have access to the medicine.  I lost a lot with this and I regret it too much.”

“I want to apologize to everyone: the national and the triathlon world, my family, my friends, technical team and sponsors.”

The complete letter can be seen through our sister website: MundoTRI.com.br

The Importance of a Proper Bike Fit
February 1, 2019