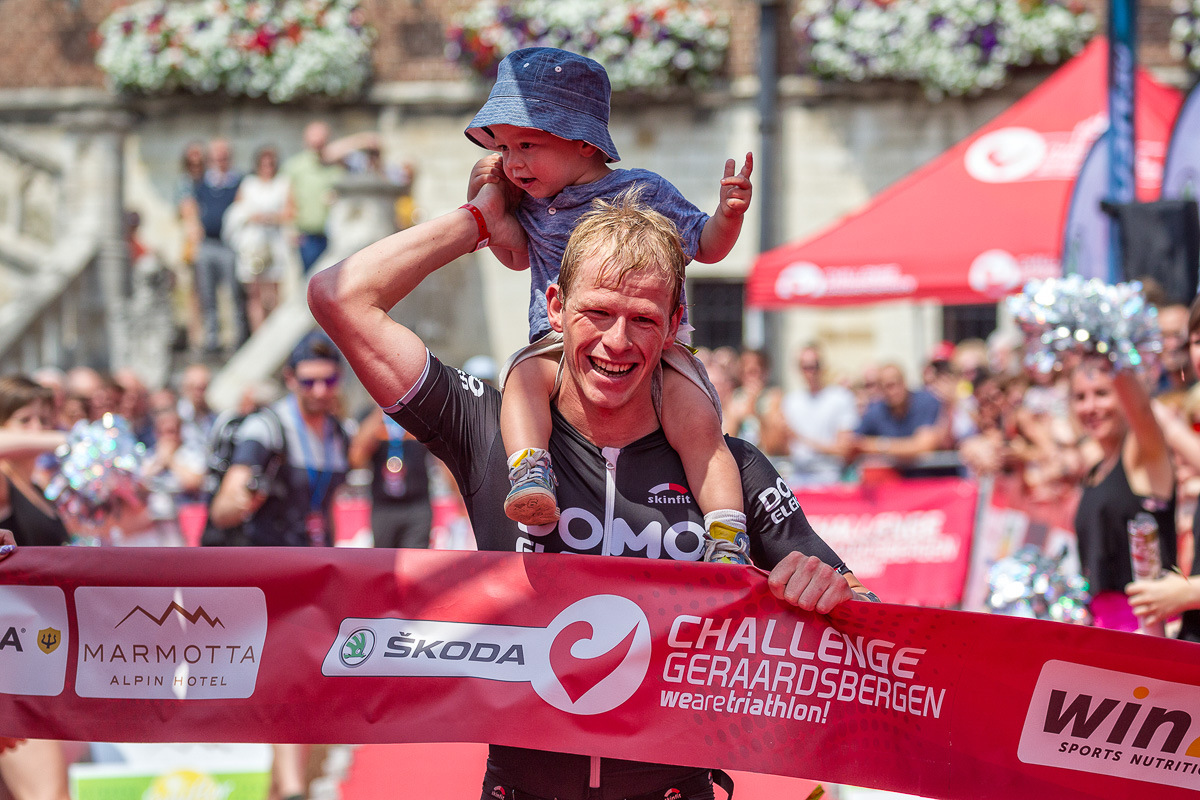 all images by Jose Luis Hourcade

It was almost a one man show at the men’s race at SKODA CHALLENGEGERAARDSBERGEN: Pieter Heemeryck from Belgium took the win and was in the lead from start to finish. The women’s race was dominated by Heather Wurtele from Canada. She was really looking forward to this race and now got in the footsteps of her husband Trevor who took the win last year.

Right from the start it was clear that Heemeryck was eager to win. He immediately took the lead at the swim and never gave it away. In stead the gap to his following opponents was getting bigger and bigger during the race. ,,I didn’t expect to win the race on a way like this. Of course, I knew I was in a good shape because of my fourth place at The Championship last weekend, but there were a lot of strong guys at the start today.”

Heemeryck pushed as hard as possible on the bike and started his half marathon with more than 5 minutes lead. His run was going well, but at 18km he had to sit down for a moment. ,,This morning I was not feeling very well. I couldn’t eat and just ate half a sandwich. I think it was the pressure of aiming for the win in my home country. At 18 km I was totally empty. After taking a power gel I was ok to run the last 3 km.”

Heemeryck won in 3:51:17. Dylan McNeice took the second place and finished after 3:57:48. For a very long time he was together with Evert Scheltinga, but the Dutch triathlete wasn’t strong enough to follow McNeice after 16km of running. Scheltinga finished third after 3:58:37.

The women’s race was dominated by Canadian Heather Wurtele. After 60km of bike riding she took over Katrien Verstuyft and then she was really on fire. ,,The course was really tough but amazing. The ‘Muur van Geraardsbergen’ was so crowded. What an atmosphere over there! The first climb was surprisingly hard and I could only think: ‘do I have to do this again?’ but the second time I had a lot of more energy. It was really fun.”

Title defender Tine Deckers got out of the race after a bike crash at the start of the Muur van Geraardsbergen, but that was far behind Wurtele who was already running at that moment. ,,It was so nice to race here. Last week I did The Championship so I was a little worried about my legs. But this is the same for a lot of athletes so it was a really fair race. I hammered on the bike to get a gab on Katrien and that worked out. I can’t lose the smile on my face today”, said Wurtele.