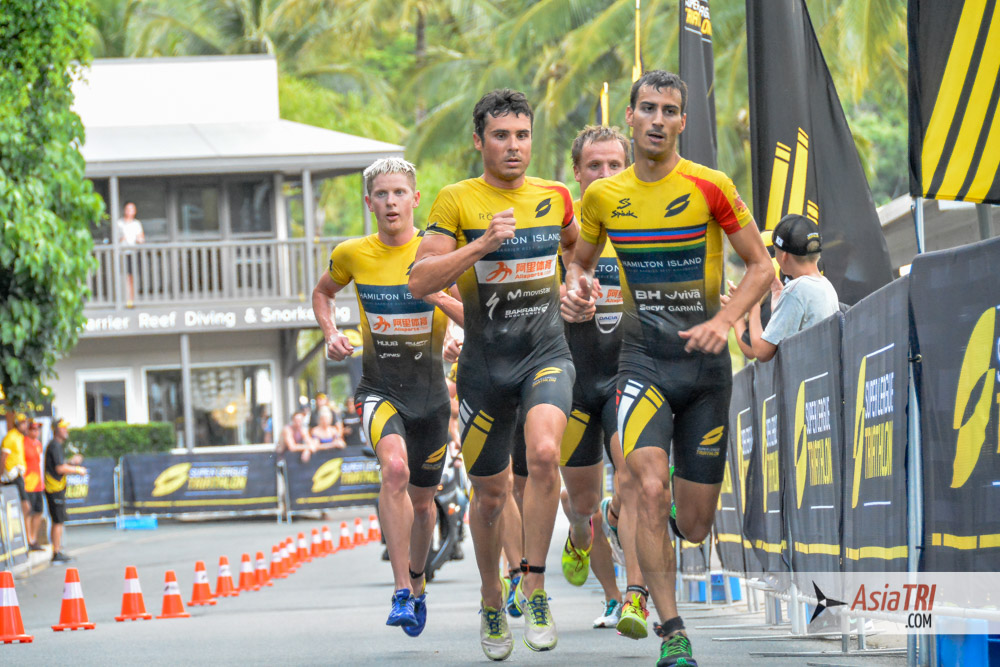 The Super League Penticton Qualifier will offer a small prize purse set around the same payout structure as the Championship Series, such as incentives for stage wins and primes. Additionally, the top four male and female athletes in Penticton will earn their golden ticket into next year’s Championship Series. The contract gives them the ability to pick their racing number, a full media training and visual content piece set around them, an attractive and transparent series contract fee, and all expenses paid to race the Championship Series among the best athletes in the world.

“The qualification process will involve multiple days of racing in the same formats as our Championship Series, on tight circuits with draft-legal racing,” McCormack adds. Depending on the professional start field size and given the tight and technical courses, athletes will be eliminated on a day-by-day basis.

Only professional or elite athletes with racing licenses from their national federation are eligible for entry into the Qualifier Series. If there is no federation-led licensing program in their nation they must contact Super League Triathlon directly for assessment of eligibility.

Age-group athletes will also have opportunity to race the same distances over race weekend in a separate category. More details about age-group racing will be revealed over the next few weeks.

Promotion and relegation between the Championship Series and the Qualifier Series will ensure an ever-changing roster of Championship Series athletes, fostering a consistently high level of competitiveness. McCormack relishes the thought of seeing a new generation of athletes emerge to challenge the current superstars.

“We’re looking forward to announcing more venues in the near future and continue to build out our vision,” concludes McCormack. “I personally can’t wait to see who surfaces on top at Penticton to join our Championship Series.”

A spectacular Pro Field lines up for the 10th Anniversary of CHALLENGEKAISERWINKL-WALCHSEE
June 29, 2019