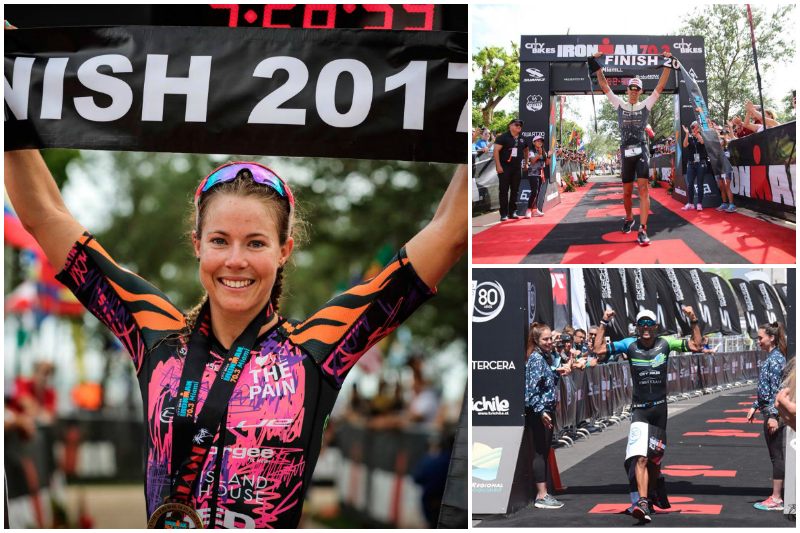 Igor Amorelli (BRA) managed to take a little bit of the sting out of his 14th place finish at the IRONMAN World Championship just eight days earlier with a convincing victory in the Sunshine State.  The proud Brazilian likely had higher expectations for Kona, but no doubt used his finish in Hawaii as motivation swiftly redeem himself in Miami. Amorelli exited the water with a minute deficit and reversed that into over a three-minute lead at the dismount line after the bike. The 32 year-old managed to build and hold a five-minute until four miles to go on the run when Amorelli let off the gas and cruised in for the win.

Aussie Ellie Salthouse (AUS) put in the second fastest swim, bike and runs on the day to take the win in Florida. The women’s race was marked by solid performance by Angela Naeth’s (CAN) who return to 70.3 racing after dealing with injuries for close to a year. Her form looked great as she clawed her way into second on the strength of a race-best run split.

Felipe Van de Wynarg (CHL) delighted his home crowd at the swim end as hit the beach with the lead. Santiago Ascenco (BRA) and Oscar Galindez (ARG) mounted a charge throughout the bike and the pair of pursuers bridged the gap to the Wyngard at 70 km’s. Wasting no time, Ascenco and Galindez proceeded the ditch the Wyngard as they headed hard towards T2.  Ascenco managed open up advantage of a minute and half on Galindez at the conclusion of 90 km’s .

Once on the run, Ascenco pulled away from the Galindez and the field to notched the win with a 4:20:02 clocking.

There was far less drama in the women’s race with only two pro women in the field. Brazil’s Luiza Cravo punched her way to the lead early on the bike and never looked back as she took the win by a margin of close to 15 minutes.