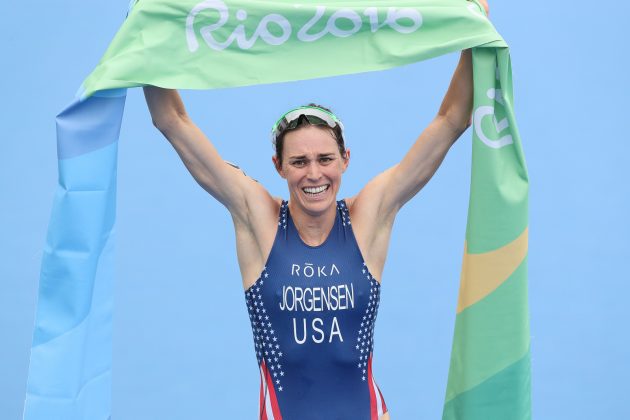 In a marathon she prepared for only two months, and with little marathon-specific training, Olympic triathlon gold medalist Gwen Jorgensen certainly surprised as she finished 14th in New York City marathon with a time of 2:41:01.

In those 2 months, her longest run was 16 miles, while she continued her regular triathlon training in between.  It was only in the last six weeks that she ramped up her run mileage.   But to her standards, Jorgensen was not particularly satisfied with her marathon debut.  When asked how did her race go:

“It was a really difficult race. I didn’t have any expectations. I don’t know what I would have been happy with, but I’m not happy with that race. It was really hard out there. My muscles got really sore. My favorite thing was being in New York. There’s so many fans. So many people yelling go Gwen, and that really makes me smile and happy, and I really want to thank everyone for going out there and cheering.” One of the strongest runners in the ITU circuit, Jorgensen committed to running her marathon debut in New York City Marathon shortly after the winning the Olympic triathlon gold in Rio last August 21.  In between, she mixed up running and triathlon events.   She held her own at the U.S. 10-Mile Championship  in Minneapolis, placing third overall in 53:13.  Last week, she won the 3-day triathlon event in Bahamas, the Island House Triathlon Invitational.

“I’ve gotten that question a lot, and Ironmans aren’t something I’m passionate about. It’s completely different than the triathlons I do. I think the marathon gave me a little taste of what an Ironman might be like, especially when I got solo out there and I was running by myself. That’s what you have to do in an Ironman. You’re out there basically all by yourself, and that’s not something I’m currently passionate about.”

She added that at the moment, her priority was to start her family with husband Patrick, shunning any other challenges or events in the near future.