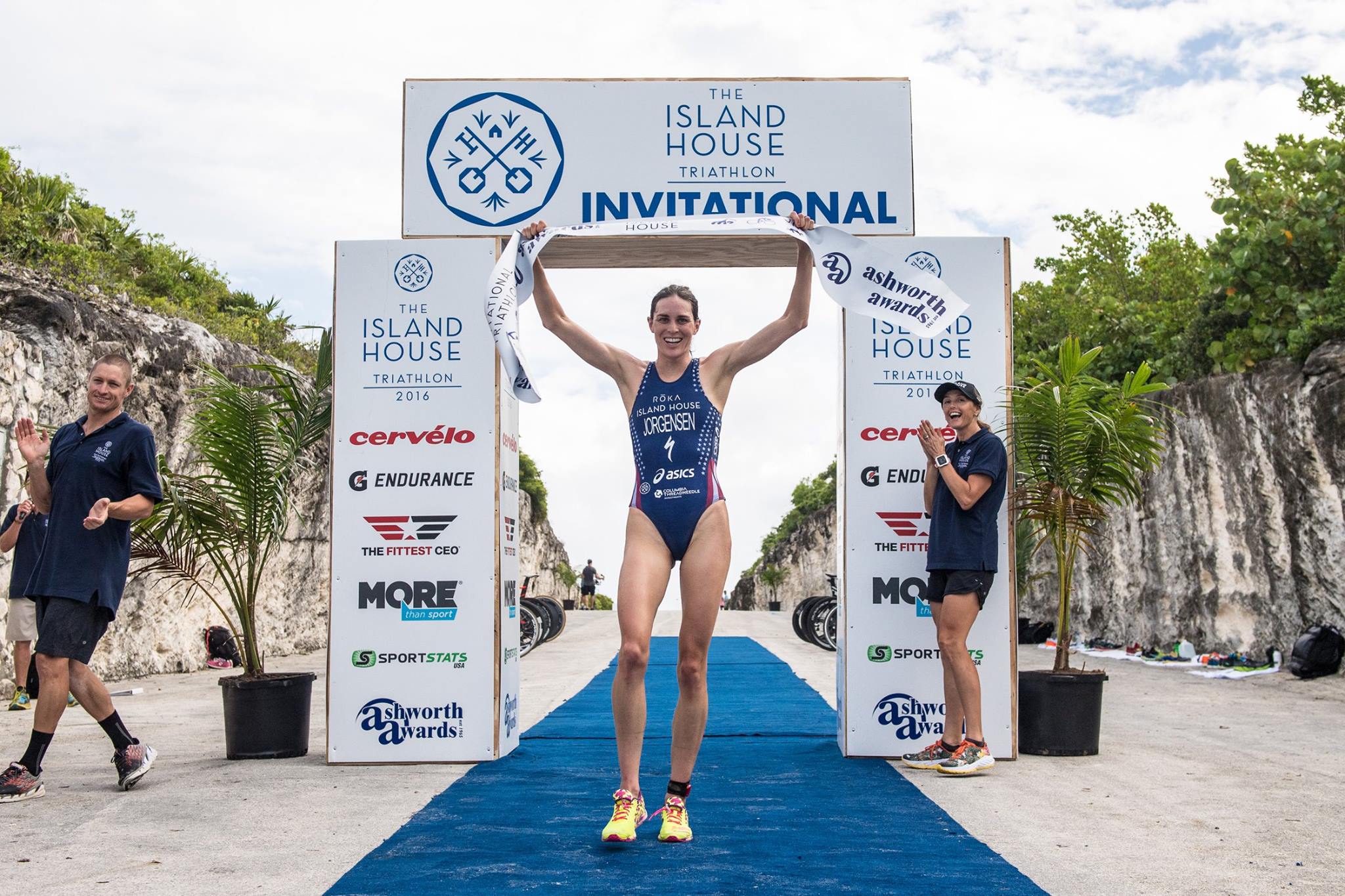 The ITU athletes dominated on the 3-day Island House Invitational Triathlon at the Bahamas.   On a unique format and a total of $500,000 prize purse, Olympic Gold Medalist Gwen Jorgensen (USA) and Richard Murray of South Africa stood at the top of their standings and won $60,000 each.   The event is a 3-day stage format race, and is only open to invited ITU and long distance traithlon stars.

On Saturday, the 2nd day of competition, the athletes had to go the a unique format, an enduro test, which involved 750m of swimming, running 5km, 40km cycling, 750m swimming and a finishing 5km run.   Jorgensen and Murray came away with the fastest enduro times and they both surged to the lead after day 2.

Finally, on Sunday, the top 10 athletes in the men and women competed in a traditional competition in sprint format (750m swimming, 20km cycling and 5km running more).

In another unique format, the top 10 will be released according to their standing and deficit after day 2.   Among women, Jorgensen’s lead of 45 seconds was immediately decreased to 30 seconds as Holly Lawrence (GBR) and Flora Duffy (BER) worked together in the swim.   Duffy overtook Jorgensen halfway through the 20k bike.  It was not enough though as Jorgensen managed to regain the lead over Duffy in km 3 of the 5km run.   Gwen managed a 2nd best 58:08 after Duffy’s 57:31, but the cushion was enough to pull out a 3-day total of 3:55:01.  Duffy came in 2nd at 3:55:19.  Holly Lawrence was 3rd at 3:56:17 .

The same happened with Murray who took off the swim with a 1:05 and 1:13 lead on Cameron Dye (USA) and Terrenzo Bozzone (NZL).  Non-drafting specialist Dye though caught Murray and used his strength on the bike to put a 30 second lead going into T2.  The 30 second gap though was not enough as Murray sizzled on the run and finished with day’s 2nd best time.  Just like Jorgensen’s, it was enough to put a cushion for a 3-day total 3:35:35.   Dye and Aaron Royle rounded out the overall podium.

More in News
ITU athletes get ready to Rio 2016 at the WTS Stockholm this weekend
July 1, 2016