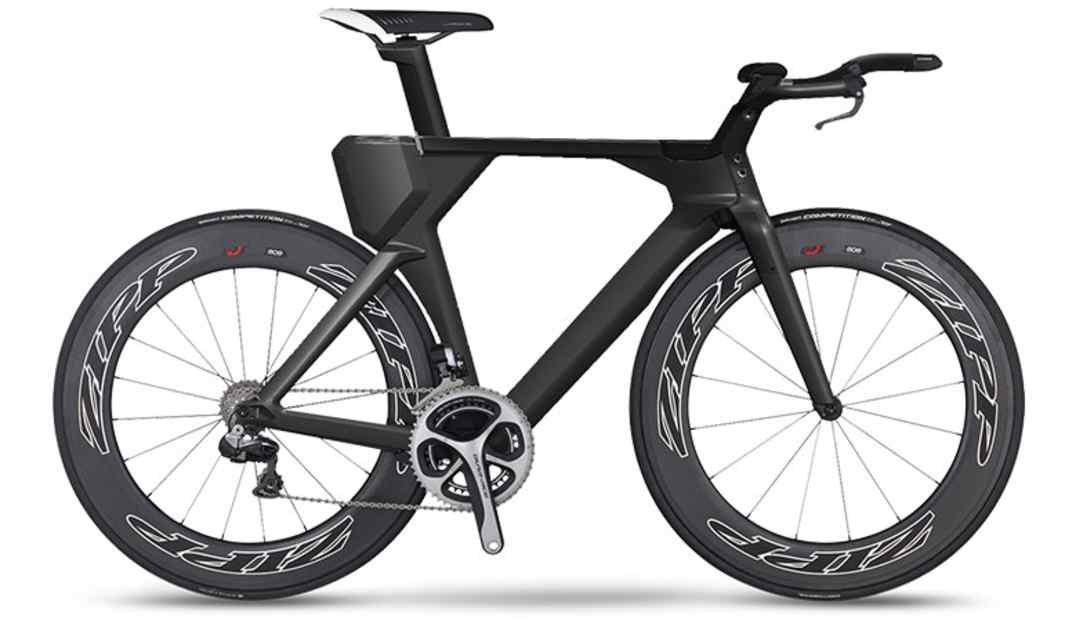 Shadowed by the hype that went with out with Cervelo’s new beam-bike designed P5X is the announcement of  another new triathlon bike, this time from Switzeland’s BMC.   The new bike is called Timemachine 01, and to note, it will no longer be called TM 01.

Based on the promotional video, the previous model TM 01 won a lot, and in triathlon, it was the time that Andreas Raelert set the iron-distance record of 7:41:33, a finishing time that would last for 5 years.  Contrastingly, with the  radical designs being adapted by other manufacturers, BMC stayed true to its previous design, and remained traditional.  Here below is BMC official media release on the new Timemachine 01:

According to Mart Otten, BMC Switzerland Road Product Manager “The new Timemachine is the benchmark for time-trial bikes. In its development, instead of putting the time-trialist in focus like its predecessors, we gave priority to triathletes. We leveraged the Impec Lab to explore unique solutions that would not just meet triathletes’ needs, but go a step further and create a product that truly enhances their performance. We are looking forward to seeing this new aero machine break some Ironman and middle distance triathlon records!”

The new Timemachine is the result of two years of forward-thinking aero investigation between BMC and Swiss Formulal experts Sauber Engineering, and close collaboration with BMC Etixx Pro Triathlon Team powered by Uplace. Instead of building a bike that gets riders from A to B as quickly as possible, Impec Lab engineers were challenged with creating a machine that gets triathletes as quickly and efficiently as possible from Tl to T2. BMC brought the first hinge-fork to the market more than a decade ago, but simply being the first is not enough for its engineers. BMC has refined the third generation of its proprietary hinge-fork to create an even leaner frontal area with seamless form and maximized function. Hidden brake calipers, cables, and housing, and an all-new hidden seat clamp make the new Timemachine feel practically invisible to the rider and more importantly, the wind.

A slippery-fast frame is a good start – but adding a versatile, aerodynamic positioning system for the rider… breaks records. The redesigned Position-to-Perform (P2P) system lets triathletes and time-trialists find their ideal contact points without sacrificing aerodynamics, no matter how aggressive or conservative their front-end position is.

Ultimate Versatility
Stable in crosswinds and lightning fast in straight lines, predictable handling in the aero position, an adaptable cockpit for both short and long reach preferences and high or low stack heights, the ‘Quick-pad’ brake cartridge system for swapping out racing and training wheels, fuel and equipment storage…the new Timemachine has been designed with multi-sport performance in mind. Additionally, BMC engineers have come up with a smart disassembly solution for the cockpit, to facilitate packing the bike for travel. The ‘V-Cockpit’ is supplied with all complete bikes, and is optional with the frameset. It offers optimal aerodynamic performance for taller pad stack dimensions, while its forward-offset promotes vertical compliance to blend high-performance with comfort. The Timemachine’s other cockpit configuration, the ‘Flat-Cockpit’, offers maximum aerodynamic advantage, letting riders attain the lowest possible pad stack configurations. Changing the seat post to the rear-mount option makes the Timemachine UCI compliant.