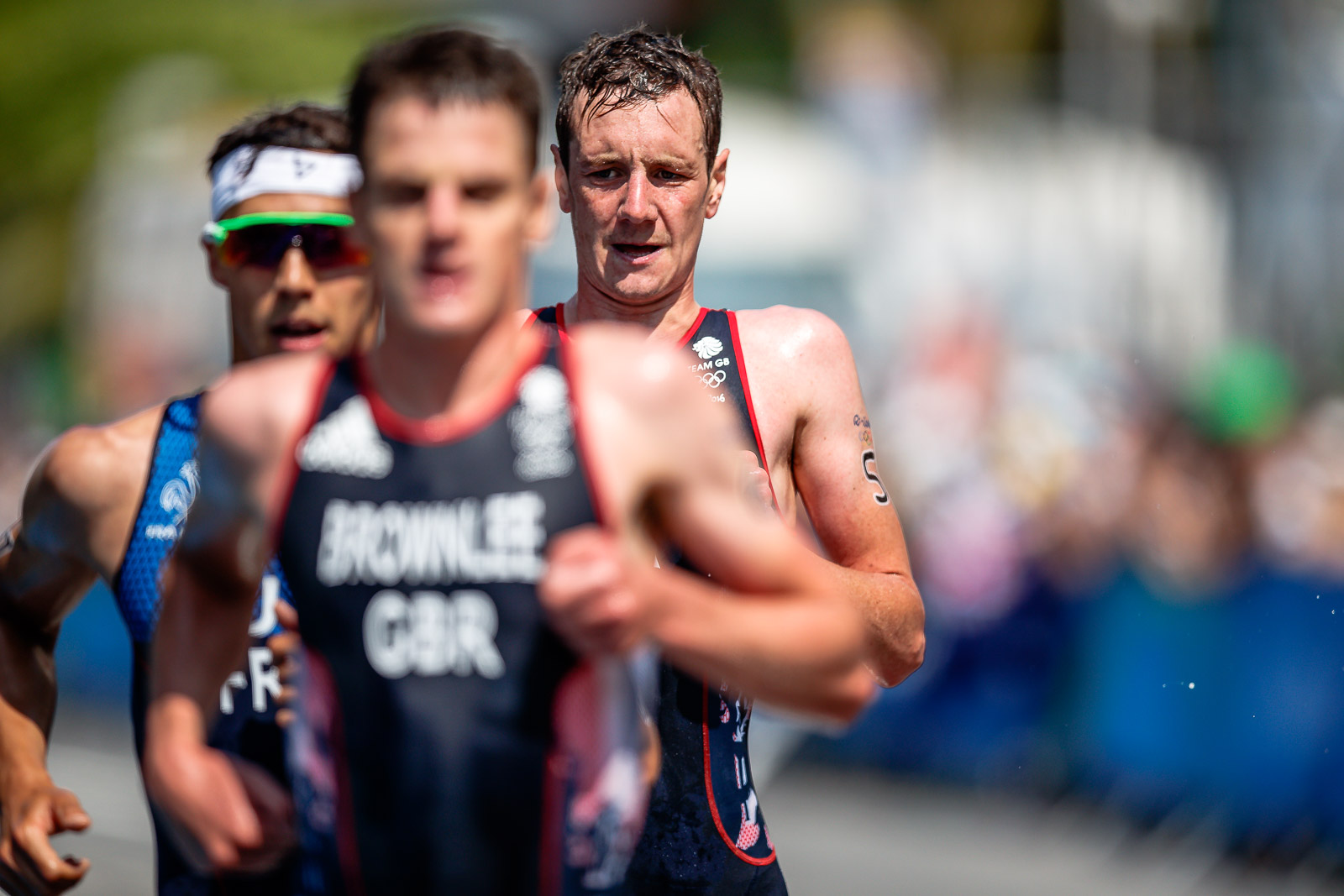 By Vinnie Santana – Coach at ironguides.net and Contributor to AsiaTRI.com

The men’s triathlon race at Rio Olympics has been run and won, we watched another dominant performance from the Brownlee brothers that defended their Gold and Silver medals on a day that was almost a repeat of the test event in 2015.

In the article below, we broke the race down in three lessons that any age grouper can learn from and apply to your own training and racing to perform better in your upcoming events:

While most amateur triathletes don’t follow much of the draft-legal circuit, these 55 men racing in Rio have been racing each other for several seasons, multiple times per year. In order to qualify to the Olympics, you need to be a top ranked triathlete and race often in the world circuit, there wasn’t anyone in the start line that hasn’t been around at the ITU world series races in the past couple years.

Not only the athletes know each other well, but there’s also so many scenarios a race like Rio could have developed into, the non-wetsuit swim, technical bike calls for a small pack of strong swimmers being able to gain time on the main, larger pack of runners and that was exactly what happened.

At the test event in 2015, 8 triathletes entered transition two with 1’40” gap to the main gap, at the Olympics there were 9 triathletes 1’30 ahead, and several athletes were in both front packs. With that gap to the main pack it was clear the win would come from the front pack, with a small possibility the best run of the day would be able to sneak into the podium, at the test event in 2015 Richard Murray (South African) ran 30’30 for 10km and placed 3rd, and in Rio he ran 30’38” and placed 4th

The lesson here is that regardless of how important a race may be to you or anyone else, performance won’t vary drastically from other events and races especially if training has been consistent. It doesn’t matter how much you care about the race; the result is never anything that couldn’t have been expected. This should be looked especially if you get nervous before a race, even if you spent months thinking about this one day, any race is “Just Another Race” and as long as you stick to your pacing and race day strategy, the result will come.

Many of these athletes that did Rio, are already back to training the day after thinking about the next race on the world circuit.

2) You don’t win a race in the swim, but it can make you lose it

In a draft legal race such as in Rio, the swim has a massive weight on the outcome of the race, since it sets the tone of how the race will unfold. We knew two of the best runners in Rio, Spain’s Mario Mola and South Africa’s Richard Murray would be a threat to the Gold medal if they could make it to the first pack, which didn’t happen, instead what we saw was a small group of swimmers working well together on the bike trying to stay away from these two guys and aiming to have as much time on the chase pack as possible to increase their chances of a medal or top 10 finish position.

The smaller pack works well in a tight and technical course like Rio, allows athletes to go faster on downhills and turns and also to communicate among themselves. Richard Murray had the best run split of the race, finishing 4th place, if he made the first pack a medal would have been guaranteed.

And how can this lesson can be useful for the everyday age grouper that is doing a non-drafting racing and often an Ironman or Ironman 70.3? The faster your swim, more experienced and better athletes you will find yourself next to on the swim and bike, on the swim chances are you will have a smoother experience by going straight with better navigating, less body contact and less people around and on the bike you can still benefit from legal pacing by respecting the drafting rules, also less people around which will avoid an unfair drafting penalty or the need to accelerate and slow down for overtaking.

Despite the swim only account for a small percentage of a long distance triathlon total finish time, it has a big impact on the day’s strategy and may be the difference of a podium finish, a Kona slot, or a new personal best. Weigh that when you allocate time and effort for your swim training, look into it as a key component of your race instead of only a small and least important segment of the triathlon

3) Stay within your fitness ability

France’s Vincent Luis had an incredible 2015 season, he was 2nd only to Javier Gomez at the Rio test event and was one of the strongest runners of the field, his 2016 has been quiet with no many races or major wins, however once the pack on the bike was established and the gap was increasing to the chasing pack, it was clear he would be the only one that could spoil the party of the Brownlees.

See also:  How to Nail the Half-Ironman Taper

Early on the run, Vincent positioned himself in between the brothers, on a strategy similar to what Gomez did to win a silver in London. The trio quickly opened a gap on the rest of the field and it brought some excitement to the race, when would the Brownlees start attacking Vincent? Would they act like a team? Vincent is an excellent sprinter and the Brownlees certainly wouldn’t want to leave the race for the final few hundred meters.

However, with just over one kilometer into the run, Vincent got dropped, that was it. From that point onwards the Brownlees were cruising and we were now wondering if Alistair would be a good old brother and let his young sibling win a gold medal, and now we know the result.

Back to Vincent, after that aggressive and risky first kilometer he started to pay the price and got slower and slower as the race progressed, getting overtaken by not only the two fastest runner of the chase pack, but also from athletes from the same pack he dropped too quickly early on the race, such as Henri Schoeman and Marten Van Riel.

Vincent finished at the 7th place which is incredible, but did his early attack (and aggressive work on the bike) cost him a medal? Could he just have sat behind Schoeman for the entire run and outsprinted him for a bronze medal? Probably, but he opted to give it the Gold a go and that costed him the Bronze, a fair shot and he is likely aware of it.

But for the age grouper triathlete the lesson here is that this type of relatively small mistake in pacing or race strategy can cost several minutes if not hours in the case of a full ironman, the risk of trying something great that you can’t quite back it up with your fitness for Vincent costed him a medal, while for the age grouper may force you to walk the later stages of your run.