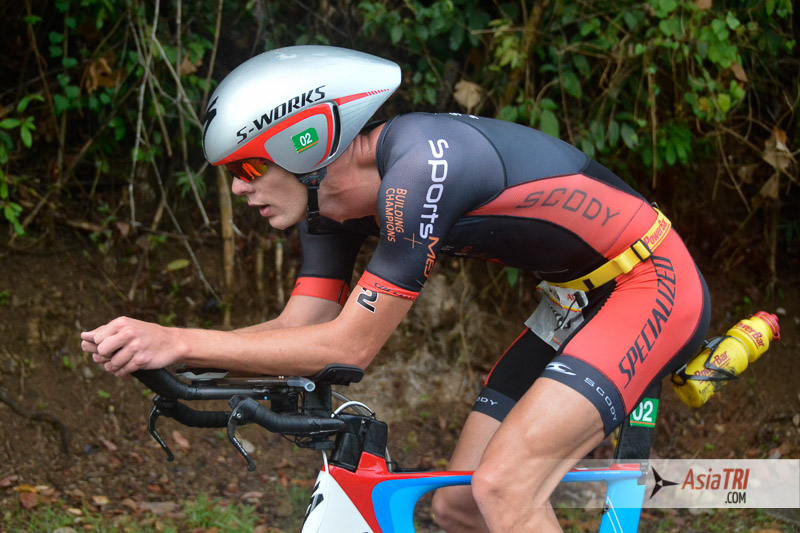 Why racing in an aero/sleeved race suit is a good idea in hot temperatures and can save you minutes!

More and more triathletes have been turning to sleeved race suits for the added performance levels claimed by triathlon apparel manufacturers. The sleeved race suit has only really emerged in the triathlon community during the last 2 years and in that time it seems that most professional triathletes racing have been the first to adopt this new piece of kit. When they were first seen, this piece of triathlon apparel looked reserved only for the elite but now these super fast (and aero) race suits are available to everyone. Typically these sleeved race suits are slightly more expensive than your standard triathlon race suit but are they worth the extra price tag for the performance that they claim to deliver?

In this exclusive article for AsiaTri.com Tech I give you my thoughts and experiences as a professional triathlete regarding my own sleeved triathlon suit. My first introduction to the aero, sleeved race suit was through the Scody A.I.R sleeved tri suit. With Scody being a personal sponsor of mine I was skeptical at first when I was given one of these new generation triathlon race suits. The sleeves on this suit are made from a special fabric called ‘dimpled matrix fabric’ which act similarly to the dimples found on a golf ball in that they direct air-flow around the arm by reducing turbulence.

The wind tunnel testing data has shown that there are sizable aerodynamic savings to be made during the cycle leg with this new generation sleeved tri suits. Scody claims that their wind tunnel testing showed a saving of between 45-67.5 seconds over the course of the 90km cycle leg during a half iron distance triathlon!

I personally used a sleeved race suit during my race win at Regent 5150 and in addition to the aerodynamic benefits I was surprised at the cooling effect that these types of suits have. Many people typically think that the extra material covering your upper back and arms would cause you to become hotter. Personally I have found this to be the exact opposite especially in hot temperature races. The zoned fabric construction and air flex side panels seen on the Scody sleeved race suit are perfect for helping you to stay cool during hot races. It must be said that not everyone will be comfortable wearing a sleeved race suit. The biggest issue that these kinds of suits have is during the swim leg where they are typically worn underneath a swim skin during swim and then the top sleeved section of the suit is then pulled up during the run into transition. This does take some getting used to but with a little bit of practice is an easy task to master. Just make sure you practice this before doing your first race in your new sleeved triathlon race suit.

When you are thinking about buying your next triathlon race suit have a think about getting yourself a sleeved triathlon suit if you want that extra performance edge. They are a very worth while investment to make and will help you to stay cooler and ride faster than a traditional sleeveless triathlon race suit.

As a special offer to AsiaTri.com Scody who makes the A.I.R Sleeved Triathlon suit is giving AsiaTri.com readers a 10% discount on their purchase at scody.com.au/shop when they use the code BETTEN2015 upon checkout. A detailed look at the Ventum, the new triathlon specific superbike