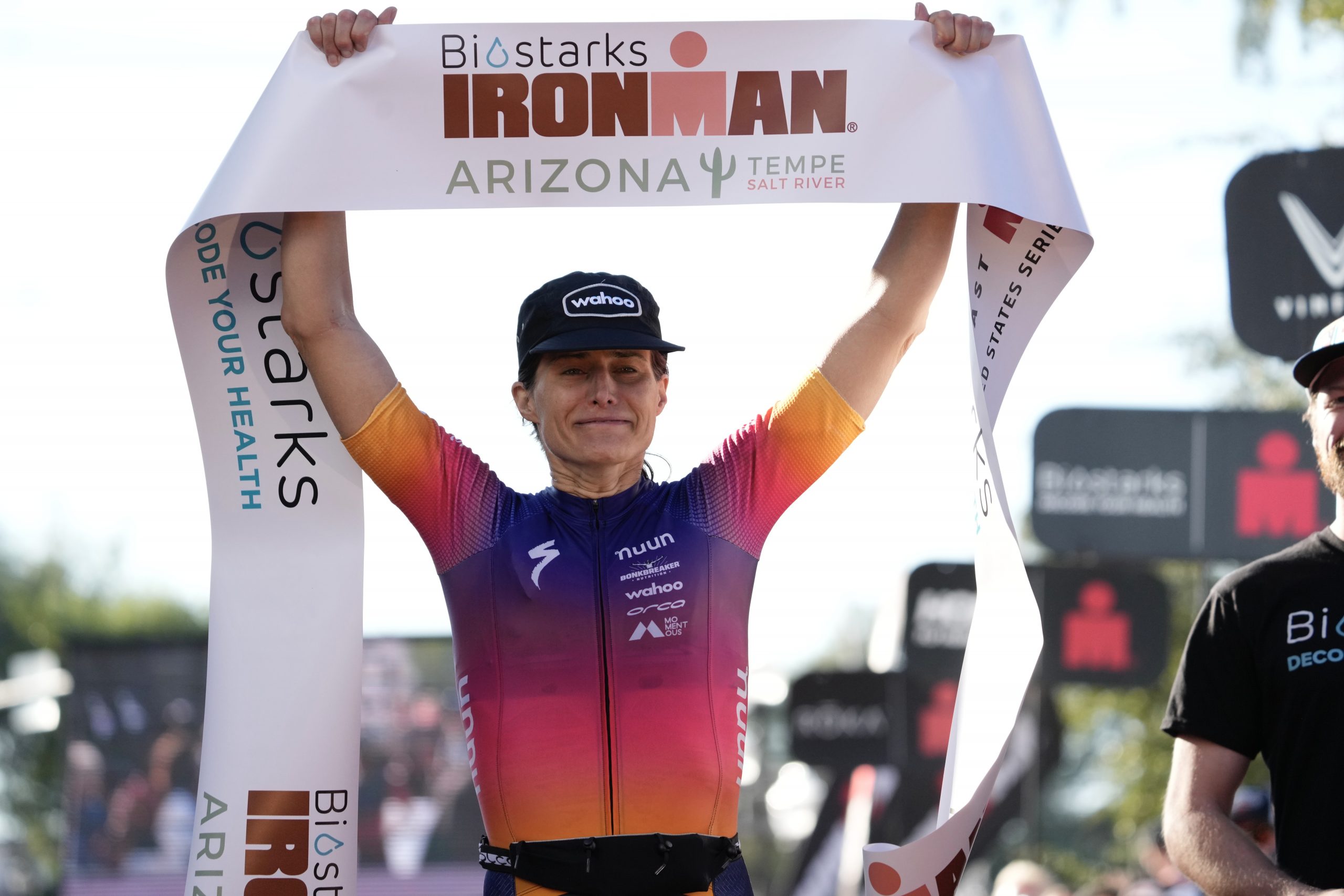 During the men’s professional race, Great Britain’s Joe Skipper exited the water in 11th-place but quickly made a move up the overall standings closing the gap to just 17-seconds behind then leader, Kristian Hogenhaug (DNK) as they got off the bike. Following them were American’s Ben Kanute, Sam Long, and Matt Hanson as the top-five into the second transition. It was Skipper who took over the lead on the run and opened the gap on second as he closed out the 2022 North America full-distance IRONMAN triathlon season with a victory at the 2022 Biostarks IRONMAN Arizona triathlon, part of the VinFast IRONMAN U.S. Series. Hanson used an impressive run to come home in second with an overall time of 7:49:48. Phoenix, Arizona’s Ben Kanute, who was making his full-distance IRONMAN triathlon debut rounded out the podium with a 7:51:25 overall time.

See also:  Winner of the Free Entry to Rockstar 113 Triathlon (Half) Announced

In the female professional race, American Lauren Brandon exited the water first with a more than 2:30 second gap to second place Sarah True. That gap would grow early on the bike but by the halfway of the 112-mile bike, Skye Moench (USA) and True would close that gap and eventually overtake Brandon for the top-two spots in the standings. Moench and True would begin the run portion on each other’s heels until True eventually ran way past Moench and on her way victory at the 2022 Biostarks IRONMAN Arizona triathlon, part of the VinFast IRONMAN U.S. Series. Skye Moench held on for second place with an overall time of 8:47:28. Danielle Lewis (USA) who suffered a flat tire on the bike losing nearly 20-minutes to the leaders used an impressive 2:52:44 marathon to finish third with an overall finishing time of 9:03:18.

The 2022 Biostarks IRONMAN Arizona triathlon, part of the VinFast IRONMAN U.S. Series, saw nearly 2,400 athletes start the race through Tempe and the Salt River Valley. The swim saw athlete take on a 2.4-mile single-loop in Tempe Town Lake. Once out of the water, athletes embarked on a 112-mile bike ride through Tempe and along the Beeline Highway, which gradually climbed approximately 10 miles through the Salt River Indian Community. Athletes then returned to Tempe Beach Park for a 26.2-mile run around Tempe Town Lake and Papago Park before an energetic and spectator-friendly finish at Tempe Beach Park. The event offered 55 age group qualifying slots in addition to 100 extra Women For Tri qualifying slots to the 2023 VinFast IRONMAN World Championship taking place in Kailua-Kona, Hawai`i on October 12 and 14, 2023.