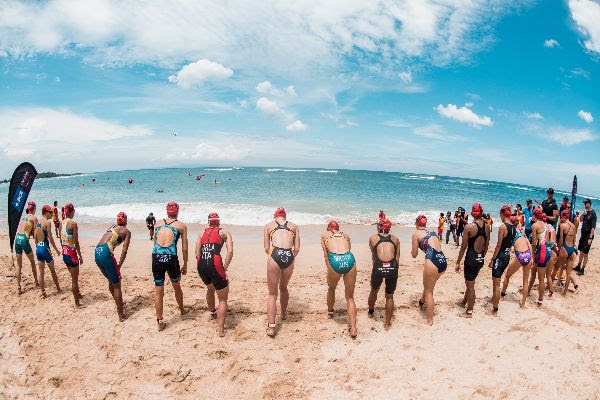 Super League Triathlon (SLT) has announced that its first three Qualifier events of 2020 will take place on three different continents. SLT will return to Bali and Poland, making Ecuador the latest addition to the global series. Next year’s Qualifiers will offer 18 Professionals the chance to win their Golden Tickets into the big-money Championship Series, which resumes later in the year.

Alongside the thrilling elite-level racing will be opportunities for amateurs of all abilities and backgrounds to get involved with Fun Runs and Age Group races scheduled for each location, including the chance to tackle Super League’s game-changing Enduro format.

BCA Super League Triathlon Bali 2020 will be the first event of 2020 on the weekend of 4-5 April, before SLT travels to the other side of the world for its inaugural visit to South America for a bumper weekend of triathlon action in Salinas, Ecuador, on 24-26 April. Europe then returns to the calendar with a third Qualifier in Poznan, Poland, on 27-28 June. The final Qualifier locations will be announced very soon.

What’s to play for?
There will be three Golden Tickets on offer at each Qualifier event for both the Professional men and women, meaning the podium-placers at all of the confirmed Super League Qualifiers will get a contract to compete in the Championship Series races, which will commence following the Olympics in Tokyo.

All the events will have Super League’s famous family-friendly atmosphere and a bustling Fan Zone with incredible access to watch the best triathletes in the world up close, for free.

Super League CEO and co-founder, Michael D’hulst, said: “This is a very exciting time for Super League Triathlon and we are delighted to be growing our list of Qualifiers and to take our game-changing race formats all around the world, including a first event in South America.

“With 18 Golden Tickets to fight for into our Championship Series for our Professionals in these Qualifiers, we are certain to see some competitive and captivating racing. For any Pro this is the chance of a lifetime to win a Golden Ticket to compete against the world’s best in front of global TV audiences with the biggest prize purse in the sport up for grabs.

“The events will also boast everything fans have come to expect from Super League – brilliant courses, an amazing spectating experience with Fan Zones and entertainment for all the family, and the chance to take part with Fun Runs and Age Groups to suit all abilities.”