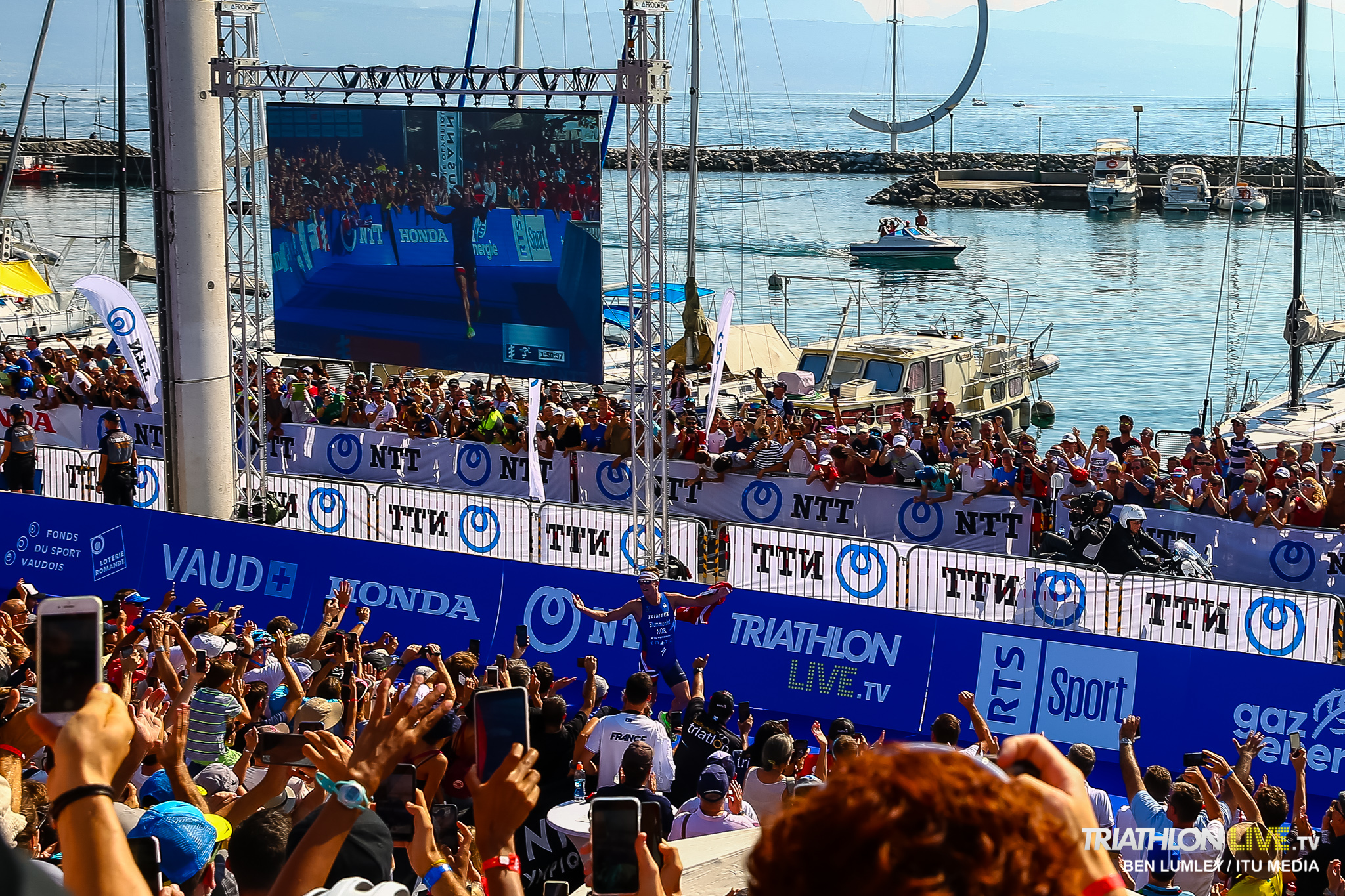 For a season that has had it all, the men’s WTS Grand Final delivered the ultimate final chapter on Saturday, with heroics from Norway’s Kristian Blummenfelt and defending champion Mario Mola but, ultimately, France’s Vincent Luis grabbing the glory, digging as deep as he could to be crowned the 2019 ITU World Champion.

“That was a really tough race, I can’t believe it. The final 3km seemed like 10km for me, but the crowd was amazing, my parents were here and I just dug in really deep for them,” said an emotional Luis. “I just knew I needed to follow Mario as close as I could but I got dropped so just did my best to stay in touch and do what I needed to. You can’t buy a world title… beating guys like Mario and Javii… it is great to have my name with theirs.”

The race couldn’t have begun much better for Luis, who put himself out front early in the swim knowing that a top five finish would be enough to guarantee the title regardless of what happened ahead of him. It wasn’t long before South Africa’s Henri Schoeman worked his way to the front, too, Igor Polyanskiy (RUS) and Javier Gomez Noya also right in touch at the halfway point.

Out of the water, Luis and teammate Pierre le Corre were just off the lead pair, Gomez 10 seconds back, Mola 20 seconds off the front, the likes of Hayden Wilde, Richard Murray and Alex Yee trailing further back with a lot to do on the bikes.

It was Andrea Salvisberg (SUI) and Marten van Riel (BEL) who were first onto the gas, small pockets of riders behind them. The first lap of seven wasn’t even complete by the time Jonathan Brownlee and Blummenfelt had taken to the front, then it was Mola who hauled another group up to the mark and 23 riders were soon tucked in together.

Once in that front pack, Mola was looking to put on the pace at every opportunity, along with the three Norwegians Blummenfelt, Casper Stornes and Gustav Iden. Even with the likes of Wilde, Jonas Schomburg (GER) and Tyler Mislawchuk(CAN) involved, the chase group couldn’t get organised and Murray dropped out, the leaders left to extend their lead gradually with every passing lap.

It was up to a minute by lap three, then with 17km left it was Brownlee looking to start a breakaway, only to find no willing partners just over the halfway mark. Things then began to stretch out again a little with Ryan Fisher breaking away, Blummenfelt, Salvisberg and Stornes going with him. The move didn’t last long, but it did help stretch the gap to the chasers up to 1 minute 40.

With no other moves to be made, all the athletes swamped transition as one, and it was Spain’s Fernando Alarza who was first on the attack, building some light behind him albeit it didn’t last long.

That was largely due to the even more powerful move from Blummenfelt after just 2km, throwing down the challenge to the likes of Mola and Luis with three laps – and six hill climbs – still ahead of him.

The two title challengers and training partners were side-by-side as the Norwegian pulled further away, before Mola chose his moment to go on the offensive, dropping Luis who had no answer.

Behind the champion-in-waiting, Fernando Alarza was still going well, Gustav Iden also flying over the final 5km, and the pair passed Luis to add another dose of Grand Final drama to the final stages.

Blummenfelt allowed himself a couple of looks back only to see the gap over Mola growing, leaving him to soak up the joy of a first WTS win, Mola finishing second ahead of Alarza and Iden. Luis’ fifth secured a magnificent World title, Javier Gomez’ sixth place ensuring he finished the season third, just pipping his compatriot to the overall podium.