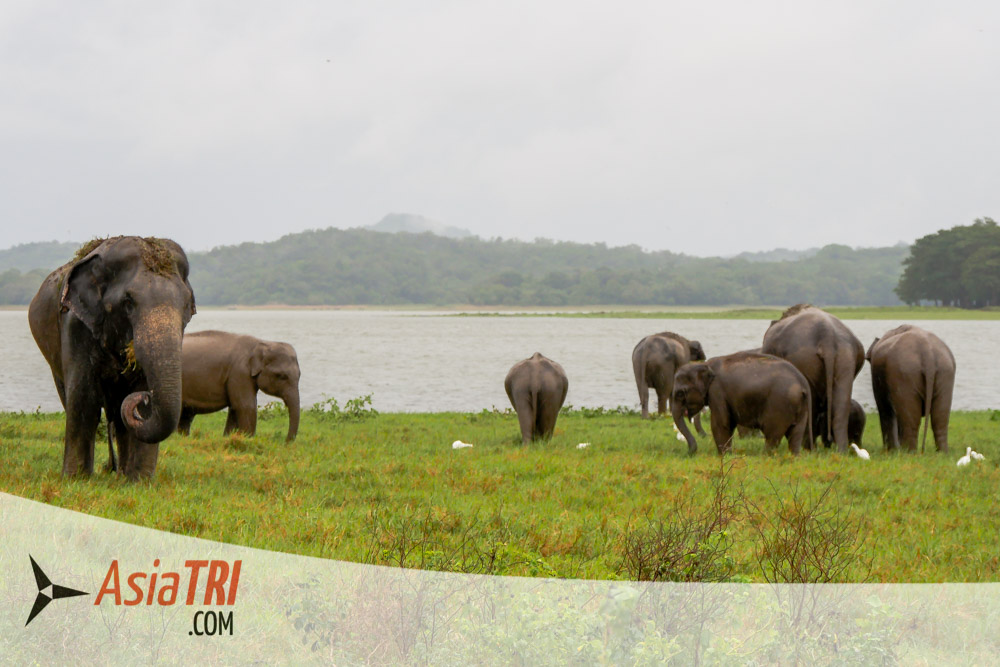 Our team was invited by the Sri Lanka Tourism Promotion Bureau to follow some of the participants of the race on a post event tour around the country. The idea is to make Ironman 70.3 Colombo a destination race, where the participants can explore the country after their main event.

Given Sri Lanka’s fairly-modest size, getting around can be a frustratingly time-consuming process. The island’s narrow roads, congested with pedestrians, cyclists and tuktuks make bus travel laborious, while in many cases travel by rail is even slower. Even with your own vehicle you shouldn’t expect to make rapid progress.

For those reasons we recommend hiring a private driver with a car or minibus. It will make the drive a lot better as they will have enough experience to handle the local traffic and knows the routes.

Hiring your private driver for a week is also a lot cheaper than one would expect, if you are bringing a big Family or going with a group of friends a minibus will make the trip even more comfortable at only a small added cost. Things to Do and See

Below are some the main attractions of Sri Lanka that can be seen in less than a week:

Habarana, located approximately 170 Km from Colombo, is ideally located connecting ancient capitals of Anuradhapura & Polonnaruwa and Sigiriya / Dambulla on the cultural triangle whilst being en route to Pasikudha/Kalkuda & Trincomalee, the famous beaches on the Eastern seaboard not forgetting the wildlife lover, an excursion to Minneriya or Kaudulla, is merely a half an hour away.

Sigiriya… a Royal Citadel for 20 years in the 5th Century AD – stark and forbidding, haunted by an epic story of murder and betrayal is attributed to King Kasyapa who found hiding here after killing his father more fruitful than meeting the wrath of the people who loved King Dhatusena much more before meeting his rival – Prince Mugalan who had fled to India seeking reinforcements of his Army. This unique Rock Fortress or “castle in the sky” – a massive monolith of red stone that rises 600ft above ground , derived the name “Lion Rock” as the entrance to the climb to the summit is reached between the paws of a lion. Undertake a Safari at Minneriya National Park, best known for its large herds of Elephants (generally well over 100 elephants at a time nearby area of the Minneriya reservoir).Minneriya National Park situated in North Central Province of Sri Lanka. This park comprises of grasslands and many valuable species of trees. Large herds of elephants, species of deer, wild boar, water buffalo and jackals are some of the wild animals found, along with a variety of avifauna that abounds the park Riverston issituated approximately 30 kilometers from the town of Matale is Riverston, a beautiful mountain range, which is part of the Knuckles Mountain. Described as the ‘mini world’s end’, the Riverston peak with a sheer drop of 300 meters, offers a grand view of the central hills, the Knuckles mountain range and beautifully terraced paddy fields in the Thelgama valley.

Visit the Temple of the Sacred Tooth Relic of Buddha – by far the most important place of worship for Buddhists world over. Nuwara Eliya… nestled in a wooded basin at the foot of Mount Pidurutalagala Sri Lanka’s highest peak, this region at 6,183ft above sea-level Has a cool, crisp climate unknown elsewhere in Sri Lanka. A serene retreat from the hustle and bustle of Colombo, the town seems like a piece of the English Lake District. Unusual plants, birds and animals thrive here besides natural feature like waterfalls and caves. Tea, the glistening green leaves of this lovely shrub, along with neat rows of green, cloak ridges and valleys providing a lasting impression of Sri Lanka’s Hill Country. The golf course – one of the most finest and picturesque in Asia – the serene Anglican Church of the Holy Trinity, beautiful parks and well kept lawns and hedges give the place an air of nostalgia. Negombo is a major city in Sri Lanka, situated on the west coast and at the mouth of the Negombo Lagoon, in Western Province. Negombo is the fourth largest city in Sri Lanka and it is also the administrative capital centre of Negombo Division. It is approximately 35 km (22 mi) north of Colombo. Negombo is known for its centuries old fishing industry, with busy fish markets and long, sandy beaches. Negombo is a westernised, vibrant city and it is one of the major tourist destinations in the country.