Fast and Furious Racing – Get Ready for 2018 Super League Triathlon 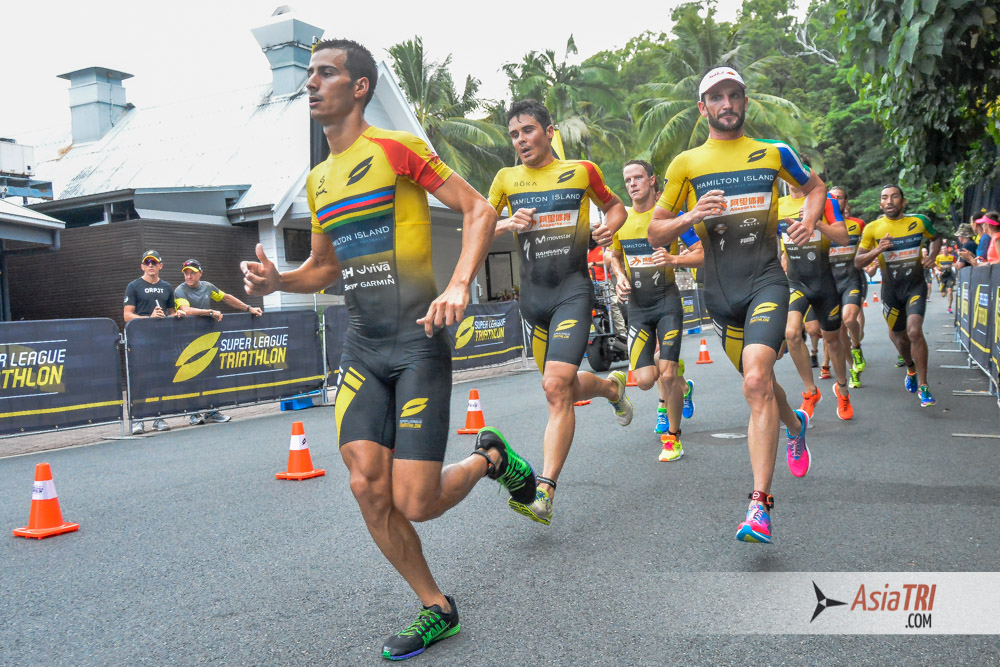 Super League Triathlon today announced its exciting plans for the 2018 season which is gearing up to be the world’s premier high-paced and thrilling series that will attract new audiences around to the multi-discipline sport.

The newly formed professional league, which will enjoy its first full season of competition in 2018-2019, will consist of Championship and Qualifier events at marquee locations around the world with a new multi-day format that will make for extremely competitive racing and thrilling spectator viewing. The Championship league will feature the best 25 male and 25 female athletes across six rounds in the season. The top 10 male and female performing athletes secure their place in the next season Championship Series. Another ten spots for the men and women are up for grabs at the qualifier events. Additionally there will be five male and female wild cards awarded at each Championship event to give local talent and other rising stars from around the world the chance to pit themselves against triathlon’s best.

The new style of racing is set to raise the bar in race in spectator and athlete experience from start to finish. Taking triathlon to new and spectacular locations, each round of the season will feature multiple races and within those races, athletes will compete on a number of stages.  Five different formats have been created, of which any two will be used at each venue.  This will really test the different strengths of different athletes, mixing up the leader board as the season progresses. The formats are Enduro, Triple Mix, Eliminators, Sprint Pursuit and Equlalizer. [See appendix 1 for descriptions of each format]

The 2018-2019 season will kick-off in September and travel across the continents over a seven month period taking a fast and furious format of the hugely popular participation sport to new audiences with the aim of inspiring future champions and engaging a new adrenaline-fuelled audience.

As a part of the festival that is Super League corporate races will be included to give budding corporate athletes the chance to race with the worlds best.

Super League Triathlon, a Singapore-based company – is the brainchild of former Australian triathlete and four-time world champion Chris McCormack; Michael Dhulst, an experienced event owner and organizer, who has lived in Asia for 15 years; and Leonid Boguslavsky who is an entrepreneur and a keen sportsman.

The Series began in March this year with its inaugural event to test the format on Hamilton Island in the heart of the Great Barrier Reef. The race instantly had an impressive impact, reaching 388 million households and received more than eight million impressions on Facebook. Richard Murray of South Africa was crowned the men’s champion and walked away with a prize cheque of AUD$100,000 for his efforts. The second event for 2017 was held on the British Isle of Jersey in September and gave corporate teams the chance be part of the Super League experience in front of fantastic crowds of more than 15,000 at St Heliers.

The total prize purse of the 2018-2019 Championship will exceed USD 1.5million, on top of event bonuses and other prizes for the athletes. This is the highest prize pool ever awarded in a triathlon series and shows the commitment and support that Super League Triathlon is giving to the professionals and their career development.

McCormack said, “Super League Triathlon is a fast paced series that is open to all and will give the world’s best triathletes the chance to rise to the top and be recognised for their success.

“The rotation of the new formats and the knock-out system over the two days will really show the world who is the best across each element. It will be a real test of mental and physical strength to face your weaknesses and push through for glory and I can’t wait to see who comes out on top. ”

Super League Triathlon has secured funding for the next three years. Confirmed dates and locations for the Championship and Qualifier Series will be announced in early 2018 along with the professional roster of the top 10 male and female competitors.

How To Prevent Punctures | Ask GCN Anything About Cycling