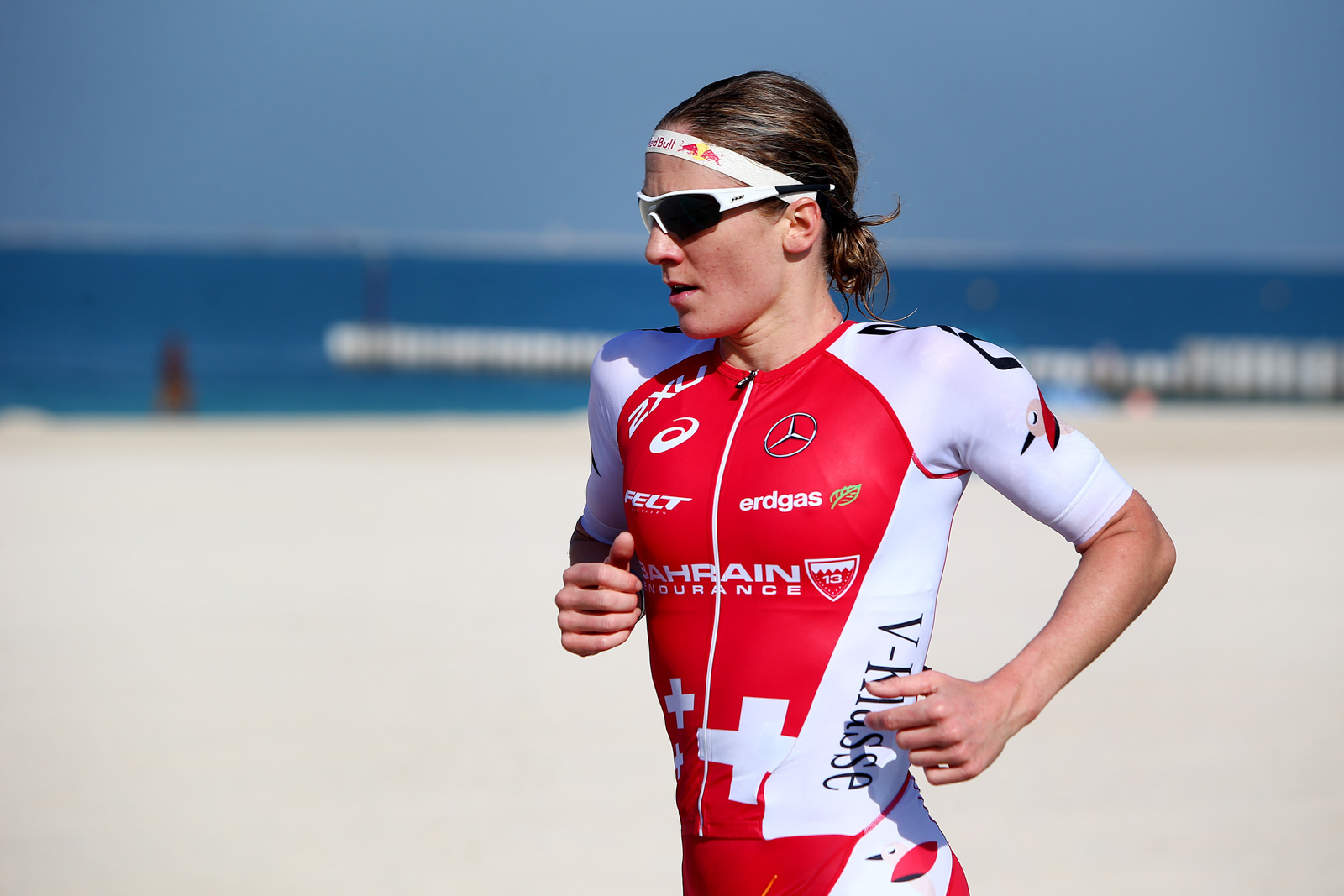 Ryf and Gomez Dominate in Dubai

Swiss Daniela Ryf defended her title at the IRONMAN 70.3 Dubai in an impressive style this weekend, and Spaniard Javier Gomez nailed a great run to take the victory, but sometimes, the big stories are written off the podium.

When the 35-year-old winner of 2016 IRONMAN South Africa came off the bike in fourth place, she was ready to go after the podium. But then a little drama began in T2, because Kaisa Lehtonen, of Finland, couldn’t find her running shoes. She spent almost four minutes in the transition, before she headed onto the run in seventh place—without shoes. Others would have had dropped out at that point, but Lehtonen ran. Eventually, she managed a phenomenal, partly barefoot run in 1:20:10 to finish in fifth place. Although she felt frustrated after the race, Lehtonen was happy that “the fitness level seemed to be even better than expected, so it is nice to keep on preparing for big races of 2017.”

Two others already seemed ready for big goals. Ryf and Gomez came to Dubai as top favorites for the win, and they delivered great results. Gomez passed the strong Australian Josh Amberger on the run, and Ryf controlled the race from the bike on. After missing the 2016 Summer Olympics in Rio after a bad crash three weeks prior to the event, it is nice to see Gomez back in action on the long course circuit. The 33-year-old is planning for the IRONMAN 70.3 World championship in Chattanooga, Tennessee, and also considering an IRONMAN debut in November.

Victories from start to finish are never as easy as they seem to be. But how much tougher is it if you head into a race that you have won six times already and everyone next to you at the start line wants to be the one that is going to smash your winning streak? Cunnama came out of the water with an advantage of over two minutes on her British compatriot Susie Cheetham and pushed even harder on the bike. The 35-year-old moved steadily into men’s pro field, with the strong cyclist Cheetham staying in runner-up position, yet eventually losing ground on Cunnama. “I got number seven! Fairly drama-free work day for me,” Cunnama posted on Facebook after the race. “It was good to feel the pressure lift as I crossed the line.” Cheetham was coming up strong on the final kilometers of the run, but Cunnama kept going and her fabulous series alive.

In the men’s race, Cunnama’s husband wasn’t too far away from realizing a family double. But the second James and Jodie win in East London (after 2014) didn’t come true. Cunnama tried to catch up with the strongest biker in the field, Romain Guillaume, but ultimately couldn’t run down the French champ.