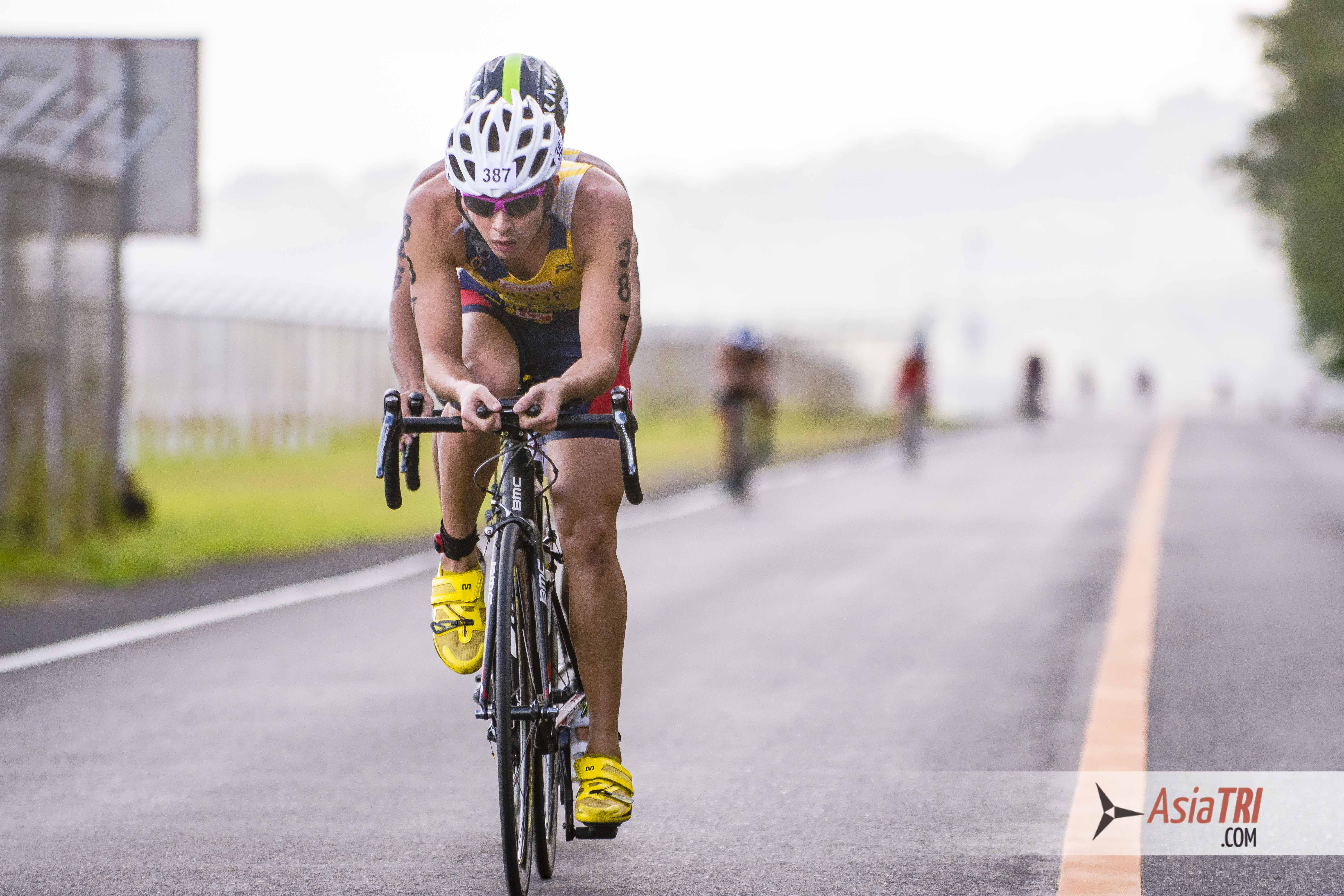 John Rambo Chicano showed why he is the top triathlete in the Philippines when he bested his compatriots at the national team when he won the male elite category in National Age Group Triathlon tilt in Subic, Philippines. In a field of seven national level elite triathletes, Chicano has to work hard on the bike and run, when he just went out after the swim in 4th place. Ed Macalalad swam a men’s best swim split of 22:44, followed by Nikko Huelgas in 22:59.  Chicano went into T1 after a 23:49 split and immediately went hard on the bike.  He was able to catch up on the leaders, erasing the 1 minute deficit in the 40km bike route.  Chicano registered the day’s best bike split at 1:01:08.   A faster transition enabled Chicano to take the lead for good, and never looked back after running the day’s best 10k split at 37:00.  Chicano finished with a time of 2:03:07.  Huelgas and Macalalad completed the podium spots, finish in 2nd and 3rd respectively.