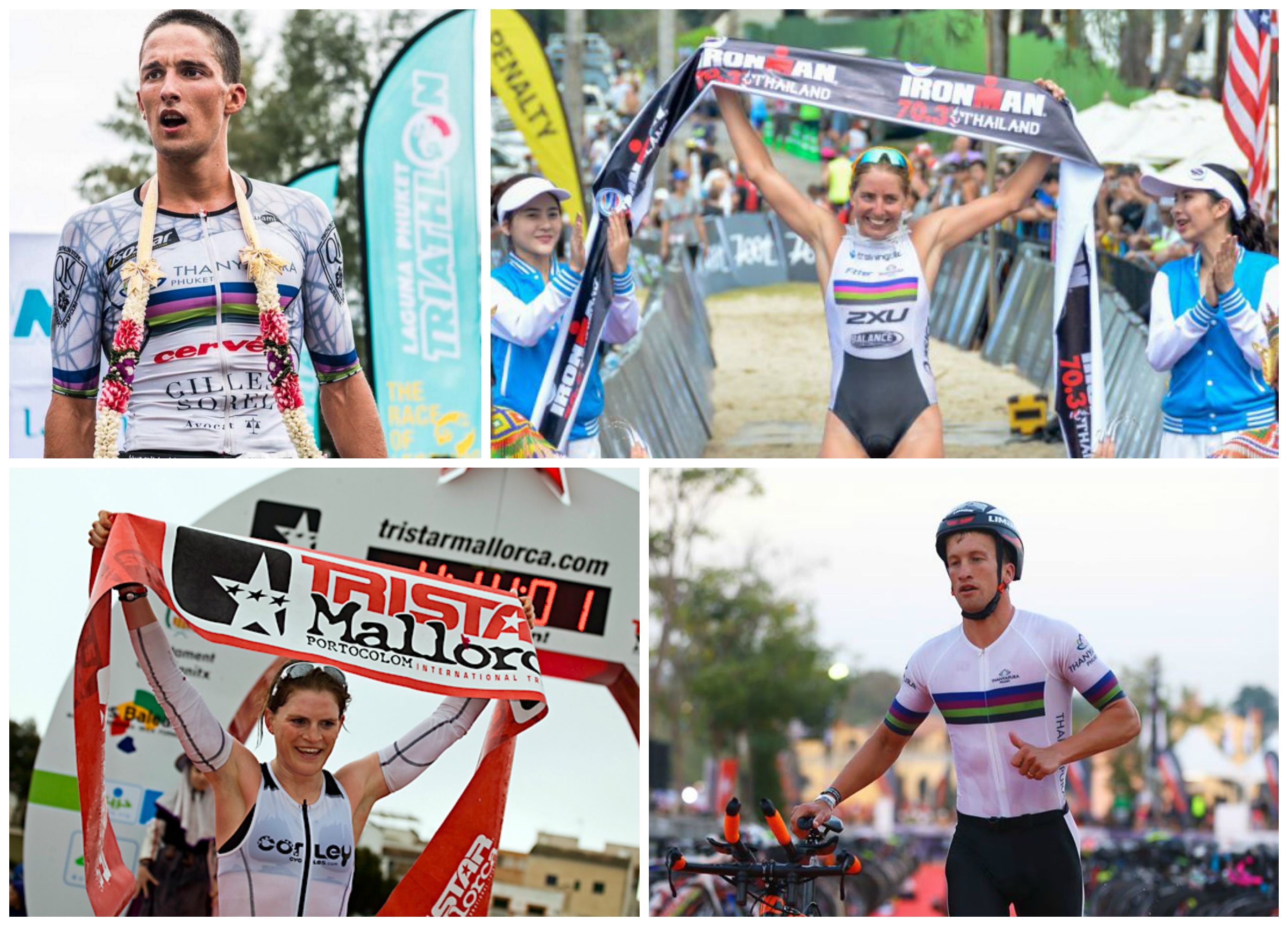 As the 2016 triathlon season winds down, the multinational Thanyapura Pro Triathlon Team ends an immensely successful year by racing in different continents last weekend, highlighted by a win by one of its new members.

Ritchie Nicholls, a Pro Triathlete from Great Britain, won the Sattahip Triathlon of the Thailand Tri-League Series in a virtual dead heat with Aussie pre-race favorite Mitch Robins.  Nicholls was recently signed by the Thanyapura Triathlon Team, together with his partner Eimear Mullan of Ireland.

Amelia Watkinson raced in her home country for the Ironman Taupo 70.3, and ended her brilliant 2016 season by capturing 3rd place podium, behind 2-time champion Meredith Kessler of the USA and Laura Sidall (GBR).   Before Taupo, Amelia has won 11 of her last 12 triathlon starts.  Her stay in Thanyapura has helped her enormously not only in the pursuit of athletic excellence, but ultimately in experiencing life’s priceless rewards. Amelia posted in her instagram page:

The diversity of people, culture and challenges has been eye opening, inspirational and rewarding. And it has confirmed my pursuit in Professional Triathlon and to continue to get as much out of the lifestyle as possible.

Amelia will now have her off-season rest at New Zealand and will be back in 2017 to race not only in the Asian circuit, but also to have a sampling of competing in other continents.

Antony Costes (FRA) also gave a good showing on his last outing of the season, placing 6th against a strong men’s field in the Ironman 70.3 Middle East Championship in Bahrain.  He will also head into the off-season for a well-deserved rest before coming back again in Phuket for another season of training under Thanyapura’s wing. In between them, Watkinson and Costes won 12 titles in the Asian racing circuit.   With a full season of training in Phuket, the team is expected to rack up more wins in Asia for 2017, as well as be competitive in Championship races in Asia and other continents.

The addition of Nicholls and Mullan  will definitely beef up the chances of the team being more successful in the 2017 season.     Ritchie and Eimear brings with them their resume of  multiple championship titles in the Ironman and Challenge racing circuit in Europe.   Despite coming back from injuries, their rich history of individual achievements will not dampen expectations of good comeback stories.

In a short chat with AsiaTRI, Ritchie added:

We’re really excited to be on the Thanyapura triathlon team. The facilities are amazing and there are many group sessions to help challenge us and good company for easier sessions. I’m feeling much stronger after a poor season and know I’m in the best place to train for next year. Eimear is starting to build up her training slowly and is looking to be strong in the races next summer and with the gym and recovery facilities feels grateful to be given this opportunity.

Stay tuned to AsiaTRI as we follow the new Thanyapura Traithlon Team as they prepare for a more exciting 2017 season in Asia.

How To Activate Your Glutes | Strength And Conditioning For Your Gluteal Muscles
July 18, 2019