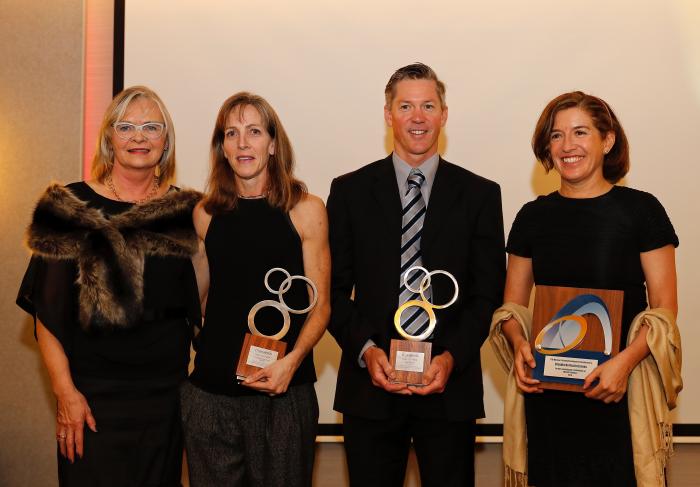 ITU today announced four inductees for the third Hall of Fame. These athletes were inducted into the ITU Hall of Fame at a gala held as a part of the ITU Congress in Madrid on December 10.

“It is with great pleasure that I welcome these four inductees into the ITU Hall of Fame,” said ITU President and IOC Member Marisol Casado. “Despite our short history as an International Federation, ITU has been privileged to have witnessed incredible athletes accomplish amazing feats. They laid the foundation for the Federation we have grown into today.”

Those nominated for the men’s and women’s categories were selected based on the criteria that each has a championship title in one or more ITU World Championships, Olympic Games, Paralympic Games, World Cup Series, and/or ITU World Rankings.

In addition to the Hall of Fame inductions, ITU awarded Sheila O’Kelly the Michel Gignoux Award for significant contributions made to triathlon’s technical area. O’Kelly is one of the greatest contributors to the sport of triathlon in both Canada and globally. Her efforts in staging events have greatly enhanced the profile of triathlon in both Canada and around the world. O’Kelly is credited with raising the bar in terms of ITU event’s ‘look and feel’ and helped pave the way for the current very successful World Triathlon Series.

Mexico’s Claudia Beristain received the Women’s Committee Award of Excellence for her contributions in advancing women in triathlon. Beristain has not only created opportunities for young up and coming female athletes, but has also made significant contributions to empowering women in coaching positions.