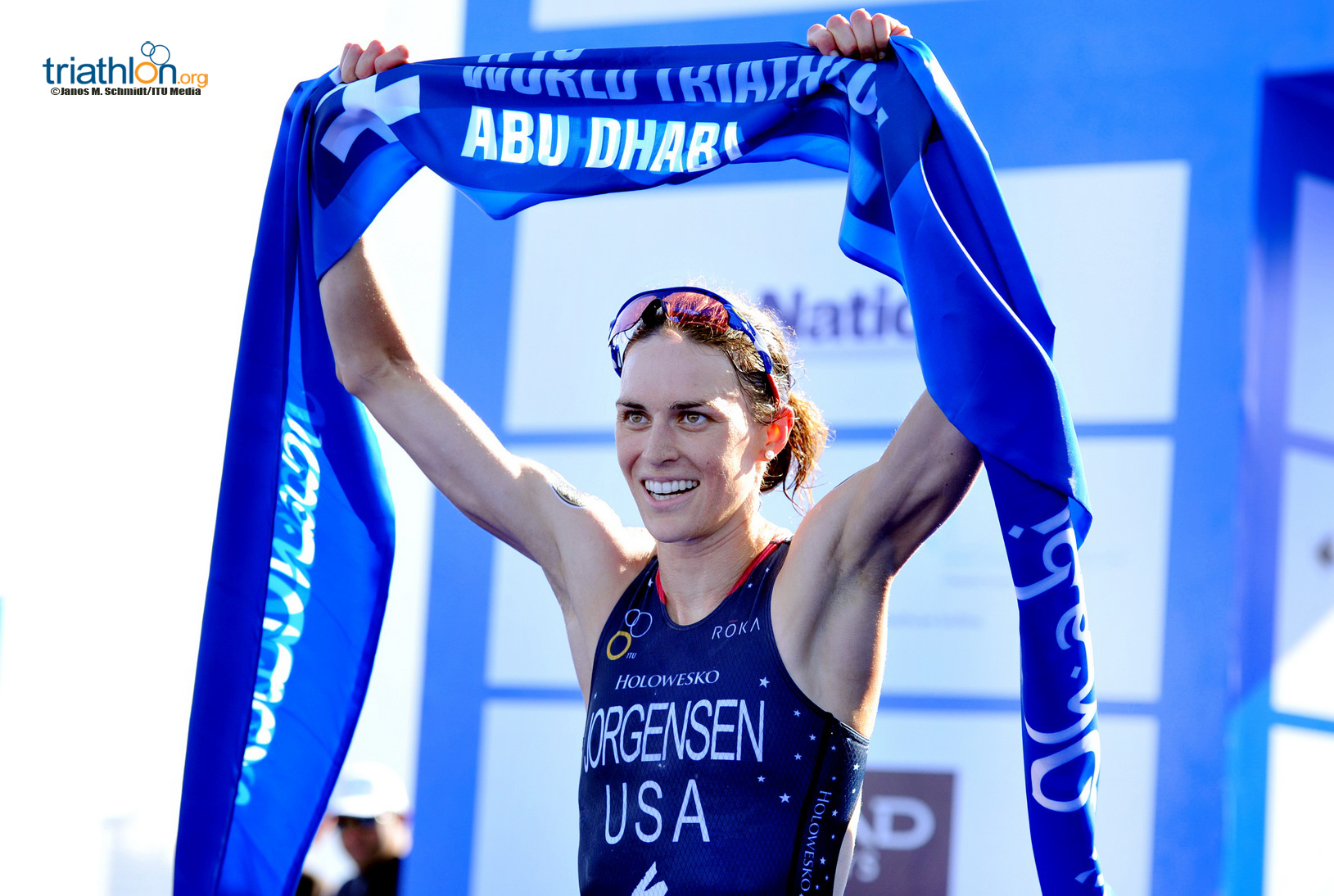 At 30, American Gwen Jorgensen is the big favorite to win the women’s triathlon gold at the 2016 Rio Olympic Games.  As the world champion in 2014 and 2015, as well as absolute winner of the test-event in Rio last year, Gwen seems to feel the pressure of winning the gold medal.

His sporting career began at the University of Wisconsin-Madison, where she competed in swimming and track and field teams while finishing undergraduate and master’s degree in accounting.

During her college years, Gwen had no contact with USA Triathlon, which came only after she began her professional career in accounting. The USA Triathlon (US National Federation), sought former track runners and swimmers in their effort to scout potential talent in their pool.  In 2010, she was selected as USA Triathlon’s Rookie of the year following her silver medal at the World University Triathlon Championships in Spain.

A great track runner, Gwen came to compete in the Olympic trials in her favorite events, the 5,000m and 3,000m. She soon adapted to the intensity of the ITU (International Triathlon Union) races.  At 5’10 and weighing just 125 lbs., and a fast runner, USA Triathlon saw in her the next great triathlon gold medal hope.

Less than two years after transitioning to triathlon, she finished second in the London WTS, earning her an automatic slot for the 2012 Olympic Games in London. In that Olympics, Gwen had a flat tire, finishing 38th, but did not disappoint.

See also:  What is Triathlon's Most Incredible Moment for 2016?

She came back with everything she got and was the first North American to win a stage of the World Triathlon Series (WTS) in San Diego, 2013. That same year she won two more stages of the series, Yokohama and Stockholm. Favored to win the world title, she also suffered mechanical problems on the bike in the Grand Final in London, leaving the title to Non Stanford (GBR), one of her major rivals in Rio. From 2014, her dominance in the sport was evident: There were four straight wins WTS: London, Yokohama, Chicago and Hamburg, earning her first world title. This winning streak was extended to 2015, with an incredible 13 consecutive series wins, while competing against the best in the world. Her most important victory was the test event in Rio in August 2015, which gave him the Olympic spot and the confidence to compete in a challenging course with swimming and cycling. Many said she could not impose her dominance in such conditions, but again, proved doubters wrong. Last year she was again the world champion, consecrating the title with such a spectacular win at  the Grand Final of the 2015 WTS in Chicago.

“From London 2012, I have worked a lot and want to be in my best shape for Rio” – Gwen Jorgensen, after the test event in the Olympic city

Her winning streak was interrupted only this year, the WTS Gold Coast in Australia. British Helen Jenkins surprised everybody and defeated the best in the world. In a way, this defeat opened the eyes of Gwen, who also lost in the WTS Hamburg, this time to compatriot Katie Zaferes.

Since the race in Rio, Gwen knows she needs to make a strong swim start to be able to show all his strength in the race. For some analysts, she will only lose the gold medal if she is behind more than a minute after the bike.

Gwen’s best times on the track are the following (according to the IAAF http://www.iaaf.org/athletes/united-states/gwen-jorgensen-245384):

In 2015, she competed in a 10km road race in Sydney, recording 32:12.  She has recorded better times as a triathlete now than her old records on the track.

“I have only one goal for this year, and the goal is the Rio” – Gwen Jorgensen

In the short Olympic triathlon history, few pre-race favorites were able to bring home and secure the gold.  Alistair Brownlee in 2012 showed that it could be done, even  though completing at home. Of course, data and statistics do not get you gold, but what Gwen Jorgensen has done the last two years show that, it is her gold to lose in Rio.