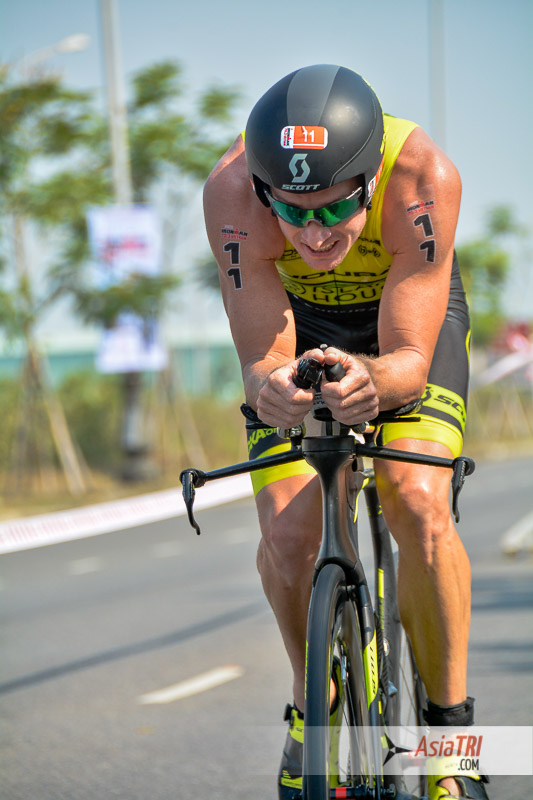 “I am really excited to be returning as the IRONMAN Cairns defending champion and also as the event ambassador again. I often get asked what my favorite IRONMAN event is and without hesitation my answer is always IRONMAN Cairns,” McKenzie said.

Australian’s Tim Van Berkel and Brad Kahlefeldt, second and third at the IRONMAN Asia-Pacific Championship in Melbourne last year, are also back. Van Berkel, twice a runner-up at IRONMAN Cairns and second at this year’s Standard Bank IRONMAN African Championship South Africa in March, will be pushing for the title.

Also in the mix will be five-time IRONMAN winner, Jordan Rapp (USA), fellow American and 2015 IRONMAN Texas North American Championship, Matt Hanson, and 2012 IRONMAN World Champion, Pete Jacobs (AUS). Jacobs will continue in his bid to return to the top echelon of the sport along with fellow Australian Luke Bell.

The professional women’s race remains very competitive, despite three-time winner Liz Blatchford (AUS) having to pull out of the race due to injury. Jodie Swallow (GBR), the 2015 IRONMAN African champion and Linsey Corbin (USA), a five-time IRONMAN champion, will lead the impressive field. Injury kept Corbin on the sidelines for much of last season, which makes her bid to get back to this year’s IRONMAN World Championship in Kailua-Kona Hawai`i much more challenging.

“I am using IRONMAN Cairns to hopefully get my final qualification points. I have taken a different approach to racing and training this year and am focusing on one race at a time. As of now IRONMAN Cairns is my one focus,” Corbin said.