113 Series ready to kick-off in Malaysia 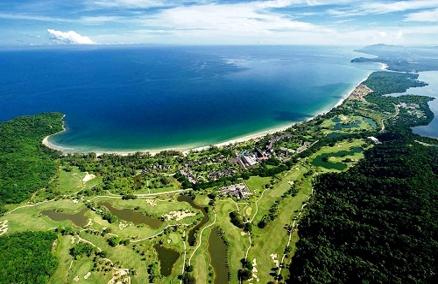 The 113 Brand is a combination of distances required to be performed by each participant; a 2km swim, 90km bike and 21km of run. Since its inception in 2014, this event had only been growing in name and participation rate. 113, which caters to the local flavor, is the only event which has its races in Northern, Southern and Eastern Malaysia.

However, with a global reach in mind, Eventure Global owner of 113 is in talks with potential partners around the region. “We see 113 as an opportunity for like-minded people to come together during the weekend for a good experience. Triathlons are known to be an individual sport however we truly believe that an athlete, whether an elite or age-grouper or weekend warrior almost always have the support from their loved ones. Henceforth our focus on 113 FAMILY,” says Andy Foo, Managing Director Eventure Global.

Andy, a former Malaysia National Junior swimmer, competed at a very high level in triathlons in the region on both short course and long course, peaking at being selected to train & represent Malaysia for the 2010 Asian Games, at the time he was moving to Singapore to set up his new business thus didn’t persue the athletic life, he felt it was time to start contributing to society using triathlon as a tool.

Apart from coaching triathlon swimming, Andy wanted to reach out to a larger audience to send a message and with the personal motto to “Always Believe” – Anything is Possible. He created Eventure Global in 2014, from a single event to 8 events this season.

The first race is 113 Sabah, which will be held in Kota Kinabalu itself on the 12-13 March with Nexus Resort & Spa Karambunai as the Official Venue Host and Dewan Bandaraya Kota Kinabalu (DBKK) as the Supporting Partner. Apart from the event, Sabah has much to offer in terms of attractions – from its lovely beaches, to cultural villages and wide variety of ethnicity, even climbing to the top of one of SEA’s highest mountain, Mt Kinabalu. “113 Sabah is a great race and impressively well-organized. It sure brings back a lot of FUN to this sport which I’ve been doing for quite a while now,” quoted local Elite Ahmadul Tahir; Overall Champion 113 Sabah 2015. The swim course is within the closed area of Nexus Resort & Spa Karambunai, in the beautiful waters of South China Sea. The 2-loop bike course takes you along the relatively flat road (with the occasional rolling slopes) around Tuaran area before running another 2 loops inside the resort itself which is partially covered with huge trees. Participants can fly in directly to Kota Kinabalu International Airport from most major cities.

In June, the much-awaited 113 Desaru takes place during the weekend of 4th-5th. Participants from all over the region come to battle it out here as the race course and weather simulates certain Long Distance events. 2014 saw Ironman New Zealand Legend Cameron Brown winning the blue ribbon, 2015 was won by fellow American Jacquelyn Foley, so who will bring home the 113 Desaru 2016 Title? “113 Desaru is an excellent course and has so much more potential. I’ll definitely be back,” Cameron Brown quoted back then. Also swimming in the South China Sea, it can be choppy at times depending on the wind and tide schedule nevertheless safety will always be our utmost concern so worry not. Head out and cycle along the coastal rolling road that is pretty much flat twice, but try not to underestimate the strong sea-breeze. To finish this race, you would need to run along the newly built golf course and upcoming 5-star Hotels before reaching the top for a scenic view of Desaru. Don’t fret if you miss the view first time around, as you’ll get your chance on the second loop. Again, participants may fly in directly to Johor International Airport from most major cities otherwise you might want to catch a flight to Singapore (and then take a 30-mins ferry ride straight to Desaru). Plenty of attractions in Johor State for the entire family – Legoland, Hello Kitty Land, Desaru Fruit Farm, Crocodile Farm, Johor Premium Outlet and of course neighboring country Singapore.

Final leg of 113 Series is 113 Bukit Merah on the 3-4 September. This “slightly” hilly course is fast growing and takes place in and about Bukit Merah Laketown Resort. Fun time awaits the family as it boosts a water-theme park within its vicinity. Foreign participants will even have a chance to see one of Malaysia’s local attractions, Orang Utan as they home quite a few on an isolated island inside the Resort where the 2km swim will take place. “Everything was perfect – the course, volunteers, organization. A very good race,” said 113 Bukit Merah 2015 Champion Thailand Pro Jaray Jearanai. Participants can fly in to Penang International Airport before taking a 45-minute drive to the hills of Bukit Merah Laketown Resort. Since the location is rather central to Kuala Lumpur (3-hour drive), Penang (45-min drive), Ipoh (45-min drive) and Cameron Highlands (3.5-hour drive) it is an ideal race for anyone who’s keen on an adventure.

Endurance events, particularly triathlons and running have been gaining popularity in Malaysia with the number of events increasing significantly over the years. “The difference is 113 focuses on FAMILY; it could be your family members, loved ones, fellow triathletes, friends and even the crew members. However, one mustn’t forget to train adequately and properly. Put these two together and you get to do wonders,” mentioned Andy.

Besides 113, Eventure Global also brings yet another challenging event to the shores of Malaysia; Ultra Aquathlon. What began in Singapore in 2014, is now an annual affair amongst the locals there. Being the inaugural Ultra Aquathlon Malaysia, there is no better place than to host it in the majestic State of Putrajaya, and what better way to kick-start the year happened on 24th January. This funfilled Swim & Run event is the first of its kind because of the distance it covers. The longest race is 2km swim & 21km run going downwards to 300m swim & 2km run.

Now back to 113 – each 113 series has three categories, featuring its main event “113 Triathlon” which covers a 2km swim, 90km bike ride and a 21km run bringing the total distance to 113km. Those keen on warming-up before the main event, or beginner trying to get into triathlons can enjoy the “113 Sprint” (750m swim, 20km bike ride, 5km run) the day before. Lastly, children aged 10 & above and newbies to the triathlon sport can get their hands on the “113 Mini” (300m swim, 10km bike ride, 2km run). Indeed, the Series aims to become more family-oriented with participants being able to enjoy special rates if you sign yourself up under the 113 Family Package.

Registration for the 113 Series have already started, hence participants can expect an Early Bird discount when signing up now. Do check out http://113triathlon.com or www.eventureglobal.com for further enquiries and registration details. All 113 series have been added to AsiaTRI calendar.