Unbeatable in 2014, Daniela Ryf is the new Ironman 70.3 World Champion 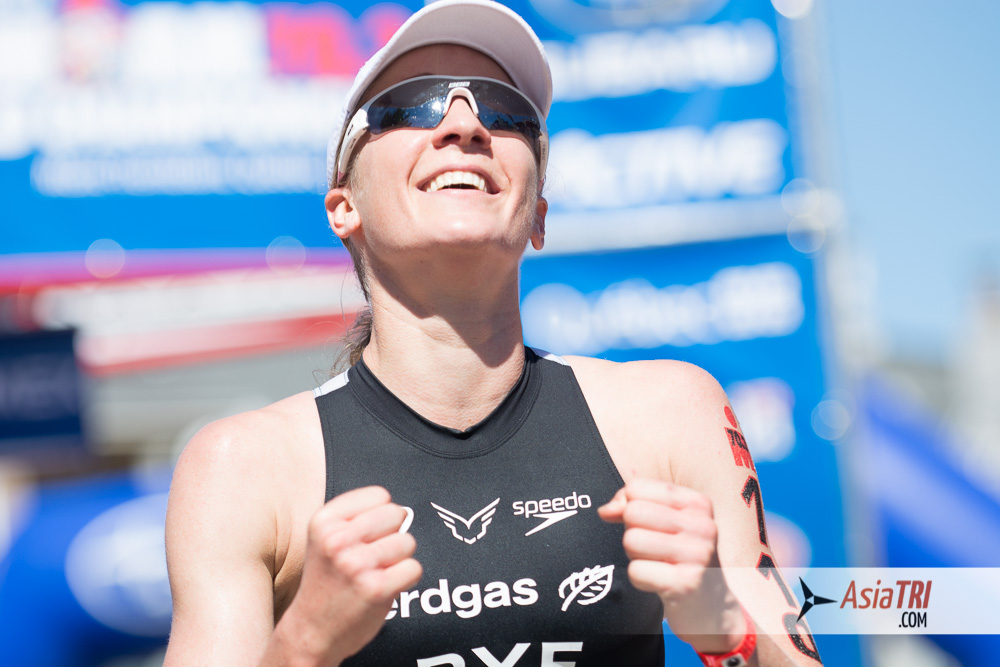 100% winning rate. This is the stats for Swiss Daniela Ryf this year in long course races. After the victory of Javier Gomez in the Ironman 70.3 World, the Swiss Olympic athlete confirmed that athletes from an ITU background came to long course to make an impact. In 2014, she has won two Ironmans (Switzerland and Denmark), two 70.3 (the European championship and the world championship) and one 5150 race (on the weekend of Ironman Switzerland), all in two months. Even with an exceptional performance, Jodie Swallow (GBR) and Heather Wurtele (CAN), placed 2nd and 3rd, respectively, but failed to threaten the new star of world long distance.

See also: Back to Back win: Javier Gomez is the new Ironman 70.3 World Champion

Arriving at T2, Daniela had a 2’45 “lead over Swallow, who was more concerned on protecting her second place rather than winning the event. So Ryf managed a comfortable pace, without being threatened at any moment, crossing the line in 4:09:19. Swallow had a similar run split to Ryf, enough to hold the second place. With the best run of the day, in 1:22:19 (3’51 “/ km), Wurtele managed the third place. Kessler and her compatriot Mary Beth Ellis round out the podium, 7:08 minutes after the winner, respectively.

Breakthrough results from Asian based athletes:

Back to Back win: Javier Gomez is the new Ironman 70.3 World Champion

Photo gallery: the swim at Mont-Tremblant