ITU World Champions to be decided at 2014 Grand Final Edmonton 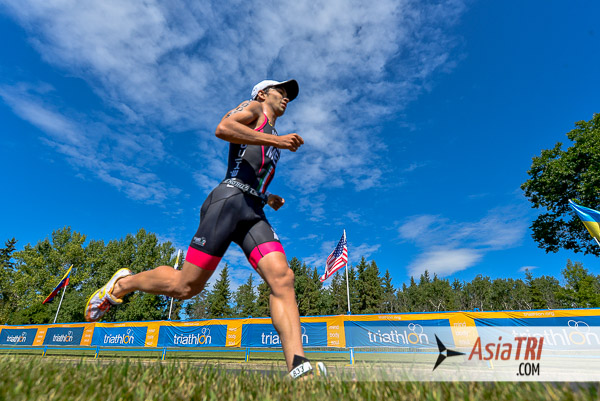 After a season filled with thrills and spills, triumphs and tough setbacks, the naming of the next women’s elite World Champion all comes down to Edmonton. The USA’s Gwen Jorgensen is the heavy favourite ahead of Saturday’s race, followed by compatriot Sarah Groff and Great Britain’s Jodie Stimpson. Javier Gomez (ESP) comes into Edmonton just 282 points clear of closest rival Jonathan Brownlee (GBR), which means it all comes down to this race for the world champion title.

Edmonton also holds a special place in ITU history, having set a new standard for the triathlon World Championships back in 2001. Edmonton first hosted an ITU race back in 1999 and has since hosted nine World Cups, as well as continental cups and paratriathlon races. In over 20 years of World Cup races only one race has ever had to be cancelled, which was in Edmonton in 2004. After Loretta Harrop (AUS) won the women’s race, a wintery blast hit the city and the men’s race was called off. This year the event will crown the overall 2014 world champions, as well as host the Under23, junior, paratriathlon and aquathlon world championship races, in addition to welcoming thousands of age group athletes.

GCN Tech: Is There Any Difference Between Superbikes?
August 30, 2018