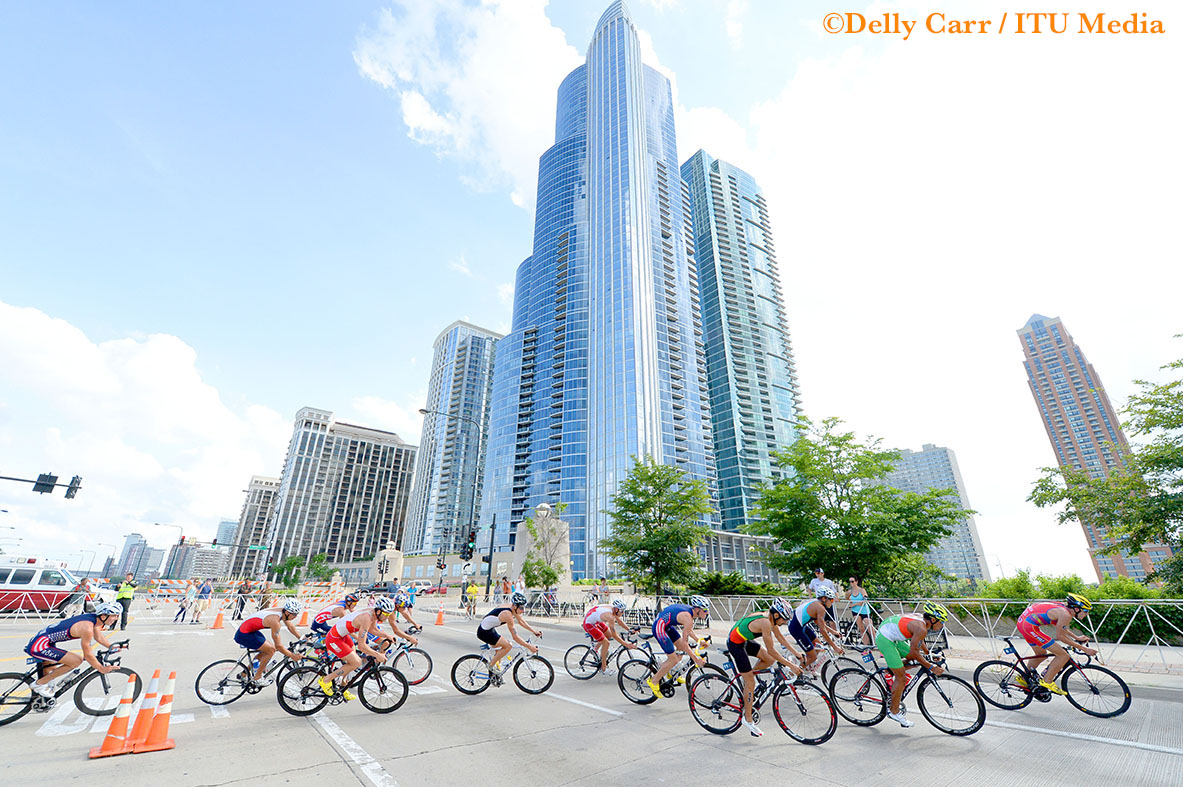 New to the World Triathlon Series circuit in 2014, Chicago welcomed more than 4,000 elites, age-group triathletes and paratriathletes to a race venue based in the city’s beautiful Grant Park along the Lake Michigan shoreline, with athletes finishing at the iconic Buckingham Fountain.

In 2015, Grant Park will once again serve as the main venue for the Grand Final, featuring 150 of the top elite men and women in the sport vying for a world title. Other world championship events to be contested over five days in Chicago include age-group sprint and Olympic-distance triathlon races, paratriathlon, juniors, under-23, U23/junior mixed team relay and aquathlon. Nearly 6,000 athletes from around the globe are expected to descend on Chicago for a thrilling week of multisport.

“The 2014 World Triathlon Chicago was a great success, so we are thrilled that Chicago will return in 2015 as the Grand Final,” said Marisol Casado, ITU President and IOC Member. “The city provides great support and a phenomenal backdrop for triathlon. Together with Lagardère Unlimited Events North America and USA Triathlon, I’m sure this World Championship race will be one of our best yet.”

The 2015 ITU World Triathlon Grand Final in Chicago will mark the first time a U.S. city has hosted the Grand Final since the series was launched in 2009. It is also the first age-group world championship event to be held in the U.S. since the 2005 ITU World Championships in Honolulu, Hawaii. Chicago is the third U.S. city to host the ITU World Triathlon Series, joining Washington D.C. (2009) and San Diego (2012-13).

“Chicago was an exceptional host this year, and we are proud to welcome the world’s best triathletes back to the city in 2015 as they compete for world titles,” said Rob Urbach, USA Triathlon CEO. “With a sold-out field of age-group athletes as well as top-ranked elites and paratriathletes at the event in 2014, we know the 2015 event will showcase even more outstanding triathlon talent here on home soil.”

“The countdown has begun, and we are already making the necessary preparations to welcome nearly 6,000 athletes to Chicago’s Grant Park in September 2015,” said Franzi Petermann, Managing Director for ITU World Triathlon Chicago. “We are planning to make this one of the most memorable events on the ITU calendar, and we look forward to crowning world champions here in Chicago next year.”

“Chicago is an amazing destination for sporting events – sports are a huge part of our city’s culture. Working with International Federations, such as ITU, and National Governing Bodies, such as USA Triathlon, are a major focus for us, and we are proud and excited to work with these great partners, along with event partner, Lagardère Unlimited Events North America. The first Chicago event in 2014 was a huge success in our eyes,” said Kara Bachman, Executive Director of the Chicago Sports Commission, “We can’t wait to welcome back the world’s best athletes for the 2015 Grand Final.”

Festivities the week of Sept. 15-20 include a parade of nations as well as the Opening and Closing Ceremonies. A detailed schedule will be made available in early 2015. For more information, visit Chicago.triathlon.org

Japan rocks at the Aquathlon Worlds in Edmonton

ITU World Champions to be decided at 2014 Grand Final Edmonton