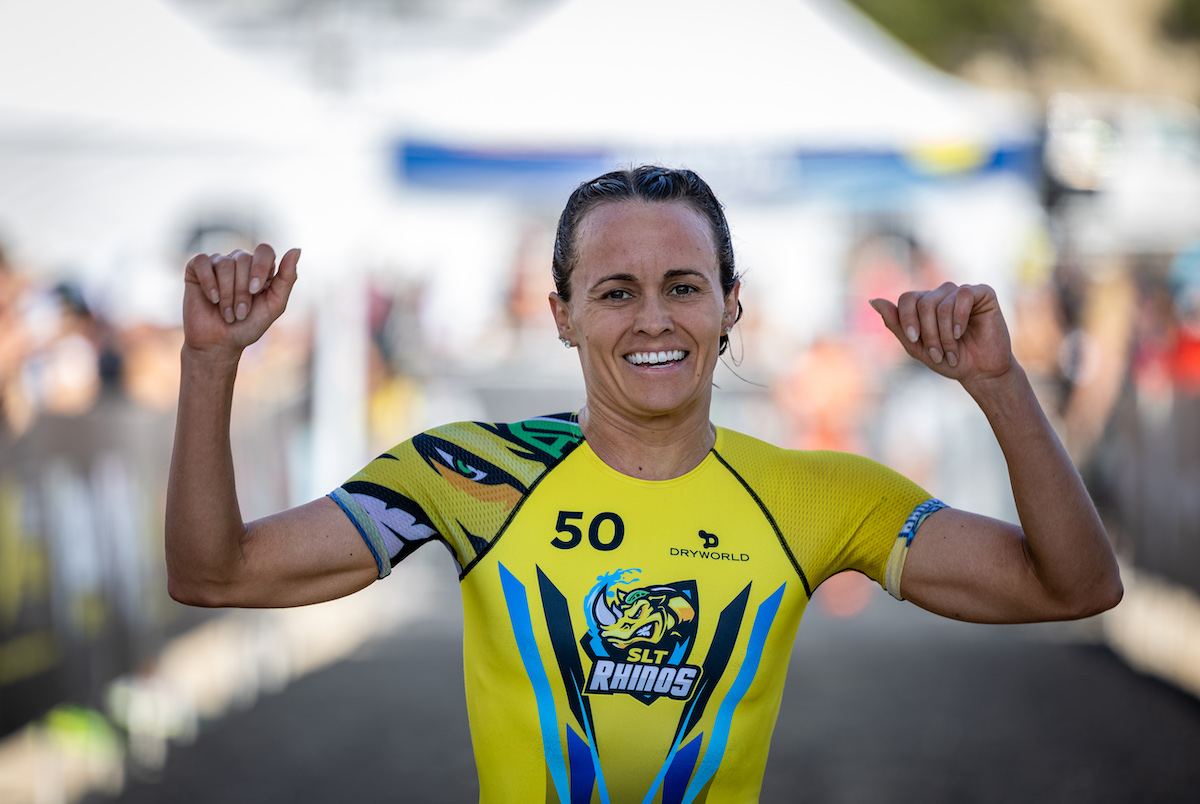 Crashes, eliminations, local home heroes, Wilde ones and seal bites. The third stage of the 2022 Super League Triathlon Championship Series had enough thrills and spills to make nearby Hollywood blush.

The women’s race witnessed America’s in-form Taylor Spivey, 31, power her way to victory, dominating the final legs of the Eliminator format as some of her race rivals tumbled on the bike leg. Spain’s Miriam Casillas Garcia would finish second overall ahead of Great Britain’s Georgia Taylor-Brown, who’d show true grit to run her way back onto the podium having crashed on Stage 2’s bike leg.

After impressing in the previous stages in London and Munich, SLT Rhinos’s Spivey went into the race as one of the outright favourites alongside Taylor-Brown, with the Californian boasting both home support and a familiarity with the Malibu location having grown up on the coast of Los Angeles.

“I really wasn’t expecting the win today, but taking it on home soil was extra special,” said an elated Spivey at the finish. “I was hoping for some good wave karma and in the last round it paid off. Catching that wave put me more in front than I expected, so I went for it to see what I could do. I knew that Georgia was capable of the win today, but I could tell was taking those corners pretty fast.” 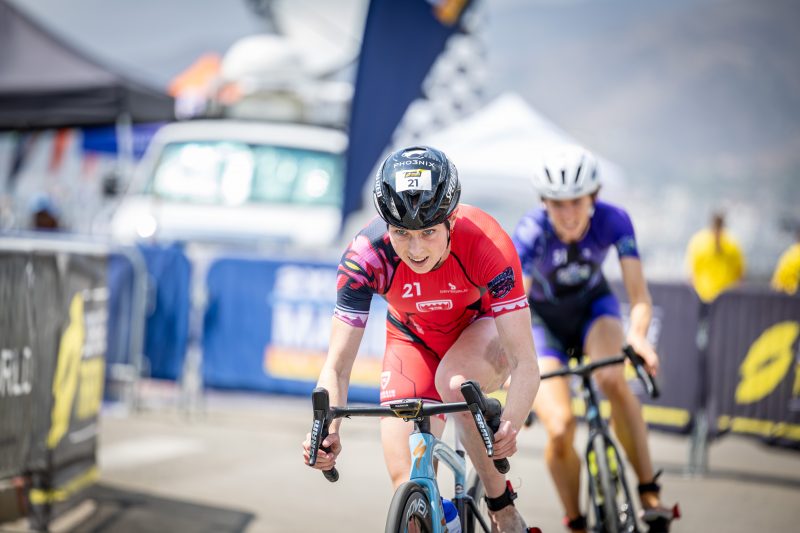 In the men’s event, New Zealand’s Hayden Wilde once again claimed victory in the 2022 Super League Triathlon Championship Series after his win at the opening event in London. The 25-year-old surged to the front on the final run leg of the day, pushing Israel’s Shachar Sagiv and Portugal’s Vasco Vilaca onto the remaining podium spots to tighten his grip on the five-stage Series.

“The victory felt good today as I was struggling on the swim,” said Wilde at the finish. “I was really gutted to see Matt Hauser on the sidelines and getting eliminated. That’s racing and I had to do what I had to do today to take the competition.”

The men’s race was also full of drama, with one of the pre-race favourites, Australia’s Matt Hauser, crashing on the first bike leg of the day and eventually being shown the yellow flag in Super League’s ruthless Eliminator format. There was even drama before the event, with Portugal’s Vasco Vilaca being bitten by a seal on a training swim in Malibu (but being deemed fit to start), and major name Jonny Brownlee missing due to illness.

Today’s Super League Eliminator witnessed three standard swim-bike-run triathlons with a short break in between. That format would see the final three athletes to finish in Stage 1 and Stage 2 eliminated, before Stage 3’s pursuit-style start based upon combined times from Stage 1 and Stage 2. Each stage consisted of a 300m one-lap swim ocean swim, a 3.6km three-lap cycle bike and a 1.6km two-lap run. The next race is in Toulouse, France, on October 2 with the Grand Finale in NEOM on October 29.